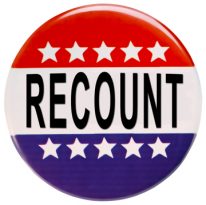 As I’ve noted in bmaz’ posts opposing Jill Stein’s recounts in WI, MI, and PA (comment, comment), I did not start out opposed to the recounts. While I agree that the recounts are unlikely to change the outcome, I think getting in the habit of doing unexpected recounts is a necessary thing to ensure the integrity of the counting software.

I got more interested in the recount when I learned former MI Democratic Chair Mark Brewer was representing Stein in her challenge in MI. Brewer is a serious lawyer and a numbers genius. His involvement gave me confidence that it will be legally competent.

I also think the recount may help explain the big jump in undervotes this year. As Charles Gaba demonstrated, ballots in this year’s presidential election showed far more ballots in which there was no vote cast for President than in previous years.

While I think the historic unpopularity of the candidates may explain this, such an explanation would be more convincing if MI had had an important statewide election this year that might explain why people took the trouble to vote but didn’t vote for President. But we didn’t — we’re on the off-cycle for Senator, for example.

Add in the state’s effort to eliminate straight ticket voting and the way that voters are supposed to be able to vote a straight ticket but with one counter-party vote, along with Hillary’s underperformance in swing suburbs, and I think it possible the recount may show something of interest.

Plus, Trump won by less than 11,000 votes, so it wouldn’t take too much to flip the outcome.

Then I saw the reaction of both parties. Both the Republicans and Democrats are taking this recount more seriously than I expected, leading me to believe that both parties have some unstated reason to believe this recount may reveal problems with the election. There were also a few other details about the actions of GOP Secretary of State Ruth Johnson that I have questions about. So my interest grew.

But I was always a bit lukewarm on the recount, at least considering the objections of people like bmaz.

Michigan Attorney General Bill Schuette just filed a motion to have the courts force the Board of Canvassers not to count the vote. Schuette cited the risk that the recount might not be finished within the safe harbor period (though any delay and lawsuit just makes that more likely). But he also claimed the recount might cost the state “millions of dollars.”

Schuette’s intervention is, by itself, enough to convince me the recount is a good thing. The man is always on the wrong side of history. Plus, his choice to be on the wrong side of history has itself cost Michigan millions of dollars. We know his efforts to prevent loving couples from marrying cost the state almost $2 million. I don’t think we yet know the full cost of his failed effort to prevent Michiganders from voting a straight ticket, which he also argued all the way to the Supreme Court.

Bill Schuette should not attempt to argue that a legal challenge will cost the state too much money with a straight face, because he has already squandered millions of our tax dollars on his own challenges.

Meanwhile, Schuette is issuing this challenge even as his party is in the middle of rushing through a strict new voter suppression bill that — because it was written to avoid a poll tax challenge — will cost the state undetermined funds, all to combat a voter fraud problem that doesn’t exist. The MI GOP is arguing that the costs of suppressing the vote are worthwhile, while costs of counting it are not.

Finally, all this is taking place even as the MI legislature is rushing through $300 million in new tax cuts for businesses. If we can’t afford to recount the vote, we surely can’t afford to give businesses new giveaways.

So all that has convinced me. If Schuette is opposed to this recount — and if he wants to make up transparently bullshit excuses about costs to make that argument — then I’m now an enthusiastic supporter of it.