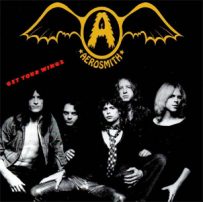 So, having been completely bullied into this by our own beloved Roving Reporter, the one and only Rosalind, here we go.

Okay, the most “urgent” thing this weekend is the conference championships and seeding in the NCAA. Yes, the football playoff thing, the latest variation anyway, is supremely important. Or not. As much as the “final four” seem to be already identified, and as much as all the little Junior Nate Silver’s on ESPN and Fox try to dilly dally differently, it all seems rather set, save for a truly unexpected upset, and the Pac-12 seems the only real shot at that.

Starts tonight with Washington versus CU. A while back I was a graduate student at Boulder. They could barely beat Drake, much less a college with a real football team. I loved CU games, they were all in the daytime, which was new to me coming from ASU, and they had copious liquor on sale in the stadium, also new to me. Their team was shit. Literally lost to Drake. Who subsequently disbanded their football team, as I recall, because it was horrible. The football games were a riot at Folsom Field, even if the Buffs always lost.

Fast forward to where we are tonight. Washington and CU are tied at 7 in the second quarter. I buy a tough Husky win, but we shall see.

And, onward we go to the other conference championship games, to the extent they matter when the decision is in the hands of experts like – wait a minute WHAT THE HELL – genuine war criminals like Condi Rice. And, no, the current Trump fondness for other genuine war criminals like Henry Kissinger does not help my mood at being reminded of Condi Rice.

Okay, sorry, Washington is now clobbering Colorado, and I am guilty of having been watching that instead of cartaging the Trash.

So, in the “other”, bowl games past the PAC, which appears over, here are some predictions and results:

Western Michigan joined Alabama as the only notable undefeated team in college football. Listen, WMU may not be the Crimson Tide, but don’t sleep on what they have done this year, it is a great story.

In the Bedlam game, Oklahoma State and the Boomer Sooners are both 9-2 and on a bit of a roll. Oklahoma looks to be the better bet, but it is hard to bet on a Bob Stoops team when anything is on the line. Don’t feel good, but will take the Cowboys in an upset.

Baylor versus West Virginia…seriously, who cares? Actually, I do. Because of the jackass perfidy of Art Briles and Ken Starr, screw Baylor. That supposedly religious institution can rot for what they have done over many years.

Florida v. Alabama is…sorry Jim White…as big a mismatch as it looks like. Love to be wrong on that one!! Hard to see how Virginia Tech can knock off Clemson, and I do not think they will, but that seems to be the only possible upset in Saturday’s games. Wisconsin at Penn State is also nowhere near clear, but likely does not matter for the playoff grouping. The totally amazing thing is that neither Ohio State nor Harbaugh’s Khaki whiners are in the actual B1G championship game, in spite of both inveterate historical Rose Bowl game losers dominating the inane discussion on ESPN in the last week.

So, it is over and the Huskies of Washington have dispatched the surprisingly pesky and bullish Buffaloes of Colorado. Saturday ought be great!

In the Pros: Gronk is down. That is a HUGE deal for the Pats. Maybe not Brady gone level, but close. Gronk, in games and situations when it counts, is THE go to, cannot be dealt with guy, for Tom Brady and the Patriots. Martellus Bennett will be there, but is far from perfectly healthy too. The Pats, along with the Rayduhs, are still the class of the AFC. Pittsburgh can still be scary in the playoffs, but they really do not seem to be themselves this year. Injuries suck when they overcome good teams.

In the NFC, I made a joke yesterday to Marcy that the Packers were coming for the Kittehs. It was taken more seriously than I intended, but that may be an indication of how unaccustomed the Lions are to being in the lead. I actually have always kind of liked Fatty Matty Stafford, and he is better than you think, but he is not Aaron Rodgers. The NFC Norske is, along with the NFC East, the fascinating division to watch down the stretch. Seattle may challenge for the actual Championship berth in the Super Bowl, but until then, there is a great battle going on in the East and Norske. And do NOT sleep on Lemon Sucking Face Eli Manning, he and the Gents are quietly having one of those kind of years.

In the AFC pros, the Chefs at the Dirty Birds ought be interesting. In an actual playoff game, I’d be inclined to take the Chefs to cook, but this weekend and through end of the regular season, I’ll take the Falcons.

Lions at Saints, Gents at Stillers, Bucs at Bolts are all you could hope for. I’ll take the Kittehs (but am NOT sure about this, the Second Line is strong in NOLA), Stillers and Bolts respectively. No, I do not think the Pats will have an issue with the Rams, even without Gronk, nor do I think the Raiders will have a problem with the Bills in the Black Hole.

Welp, that is it for this weekend’s Trash. Nico Rosberg SHOCKED THE WORLD by announcing his retirement from F1 Circus so quickly after his Drivers’ Championship for Mercedes. Honestly, I was almost as stunned as everybody else. Kind of. But also remember Nico’s father, Kiki, obtusely mentioned the possibility before the Abu Dhabi finale. Either way, it is what it is and Nico looks comfortably retired. I say put Alonso in the other Mercedes so that a truly great driver can eat Lewis Hamilton’s whiny ass. Verstappen would work too, but, really, Alonso is still the best driver in the Circus, and deserves to go out with equipment as good as he is. Music by Aerosmith, Get Your Wings on.