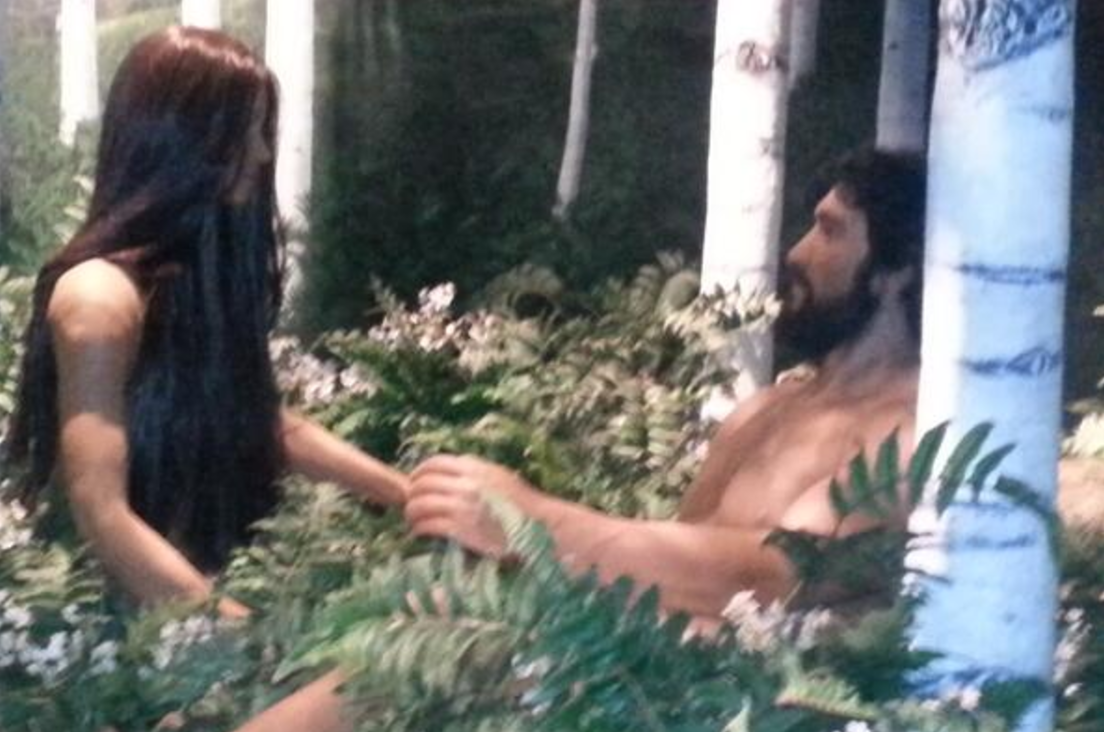 We’ve reached the stage where articles about fake news themselves engage in fake news tactics.

Buzzfeed’s Craig Silverman — who has written many of the stories on fake news in recent weeks — had Ipsos do a poll querying whether or not people believed some of the real and fake news headlines that got shared around during the election. He presented the results, in both tweets and his BuzzFeed article on the results, this way: 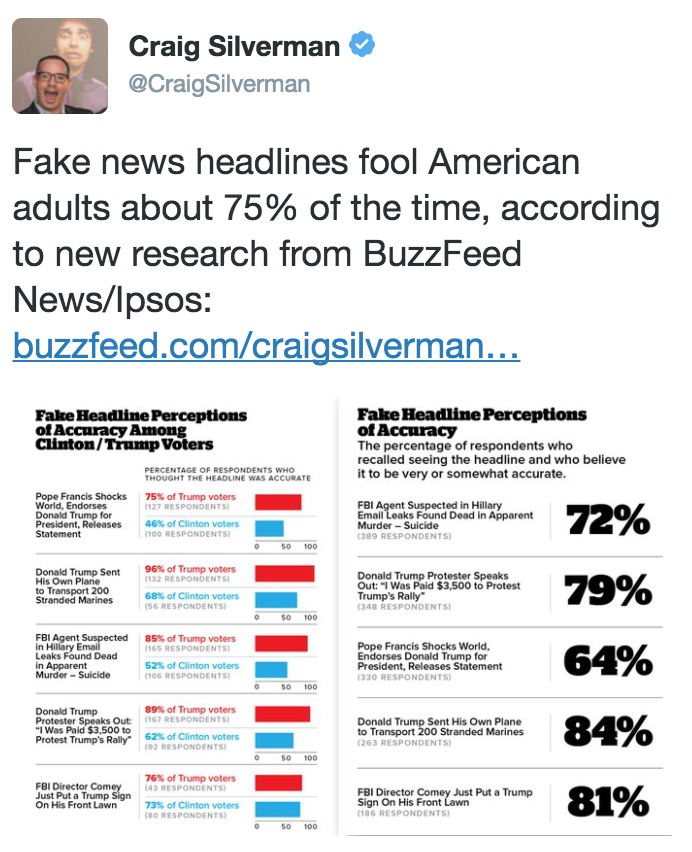 But that’s not actually what the poll showed, though a number of people — even some of the people who are the most dedicated serious commentators on fake news — seemed to believe the headline without reading the article closely (that is, they treated it precisely like fake news consumers might, including sharing it before they had evaluated it critically).

Furthermore, with just one exception, people recalled the real news stories tested more than they did the fake and with one laudable exception (that Trump would protect LGBTQ citizens; it is “true” that he said it but likely “false” that he means it), people believed real news at rates higher than they did fake. The most people — 22% — recalled the fake story about the FBI Agent, comparable to the 23% who believed some real story about girl-on-girl pictures involving Melania. But 34% remembered Trump would “absolutely” register Muslims and 57% remembered Trump’s claim he wasn’t going to take a salary.

The exception should be an exception, because Buzzfeed shouldn’t have treated it as news anyway. Just 11% recalled Mike Morell’s endorsement, titled “I ran the CIA. Now I’m endorsing Hillary Clinton,” which appeared in NYT’s opinion section. All endorsements should be considered opinion, and this one happens to be from a proven liar with a history of torture apology, so for the rare people who knew anything about Morell, I would hope his opinion would carry limited weight.

What all of this shows is that the fake news headline claims Buzzfeed made last month, that “Fake Election News Stories Outperformed Real News On Facebook,” should be revised. What that clickbait story actually showed was that the top fake stories received more “engagement” — shares, reactions, and comments — on Facebook than the top real news. But the last paragraph of the article admitted that might not be the same as actual consumption or even non-Facebook moderated engagement.

It’s important to note that Facebook engagement does not necessarily translate into traffic. This analysis was focused on how the best-performing fake news about the election compared with real news from major outlets on Facebook. It’s entirely possible — and likely — that the mainstream sites received more traffic to their top-performing Facebook content than the fake news sites did. As as the Facebook spokesman noted, large news sites overall see more engagement on Facebook than fake news sites.

What this newly reported poll at least suggests (one would need to do a more scientific study to test this hypothesis) is that even the most shared fake news was not really retained, whereas more of the real news was. And that’s true even in spite of the fact that Buzzfeed/Ipsos did not test the most popular real news (in reality this, too, is an opinion piece), “Trump’s history of corruption is mind-boggling. So why is Clinton supposedly the corrupt one?” That’s a pity, because it’d be interesting to see how many and what kind of people remembered and believed that one.

Effectively, then, Buzzfeed was testing the most popular fake news (about the Pope endorsing Trump, with 960,000 engagements) against the third ranking real news (the Melania girl-on-girl story, with 531,000 engagements) and real news still performed better overall in terms of recall. Which would seem to suggest these Facebook engagements don’t actually track how much “news” — fake or not — people will consciously retain (I admit unconscious retention is probably an issue too).

Which is how I get to my claim that the Bible outperforms Facebook for spreading false news. After all, as recently as 2014, 42% of Americans believed in creationism, while just 19% believed in evolution. That number is changing quickly (importantly, as more purportedly fake news consuming youngsters who don’t consider themselves religious get asked). Nevertheless, a significantly larger chunk of the country believes that God plunked us down fully-formed into Eden than believe that an FBI Agent involved in the Clinton case died in a murder suicide.

We should expect more people to believe what they read in the Bible, because it is a story that gets reinforced week after week by people with some authority in the community. It also gets reinforced in institutions like the Creation Museum, where I took the picture of white Adam and Eve above. For people who believe in creationism, their religion is fundamentally tied to their self-identity in a way that politics might not be. It is precisely for that reason it provides important counterpoint to these fake news stories. Especially given the way that a preference for religious stories over scientific ones poisons so much of our ability to deal with crises like climate change.

Don’t get me wrong: algorithmically-delivered sensationalism is a problem (as are polls that get shared to make claims about headlines they don’t really support). But it is one of many problems with our politics, and the evidence from this poll actually suggests it isn’t yet the most urgent one.

Update: Pope Francis, who believes the notion of evolution can coexist with that of creation, just issued a statement calling those who spread shit news sinners.

Francis told the Belgian Catholic weekly “Tertio” that spreading disinformation was “probably the greatest damage that the media can do” and using communications for this rather than to educate the public amounted to a sin.

“I think the media have to be very clear, very transparent, and not fall into – no offence intended – the sickness of coprophilia, that is, always wanting to cover scandals, covering nasty things, even if they are true,” he said.