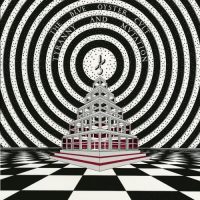 I started on several versions of Trash Talk only in order to make it all less political. Trash will not always be non-political, but I will try. Kind of.

So, Eagles cannot play with the Ravens today. Maybe next year, but not today. Who cares about the Browns and Bills? The Cheese will be playing Da Bears is the “Coldest Game In Chicago History”. Supposedly. Cheese is good cold, Bears hibernate. Jaguars/Texans is pretty much a who cares thing, much like Browns and Bills. Sorry Houstonian friends! But it is what it is.

Colts at Vikes may, curiously, be worth paying attention to. Colts have done better lately, but still are effectively the JV squad without Andrew Luck. Vikes are exactly the Colts, but with a better defense and no Luck. Exciting!

Steelers will beat the Bengals from all rights and appearances. Wish Scribe would still come around to chat about such things. Also, think Pittsburgh is a team that is scarily coming together late in the season, and needs to be paid heed to.

Saints and Cardinals are playing in the “who gives a flying fuck bowl”. 49ers and Falcons are too, but the Dirty Birds think they are contenders. So did Marlon Brando.

The best game, hands down, this week is Patriots at Broncos. If you follow Pats and Donks beat writers, and I do, there has been a TON written about this game. All brilliant of course, from both sides. I am not so brilliant, but, having seen them in action, not sure how Donks can score enough points to overcome the Pats worst. But TB12 and Bill Bell are NOT so good in Mile High. So, I have no confidence in my pick. If I had to bet real money, it would still be on Brady and Bill Bell. Sorry about that.

If the Raiders cannot beat the Chargers in their once and (maybe not) future home, then the Rayduhs are pretenders. I think the Silver and Black are, kind of, for real. Enough that they will not lose to the Bolts anyway.

Music today by BOC, with OD’d On Life Itself.