NYT Kills the CyberCzars, then Translates Them into Russian 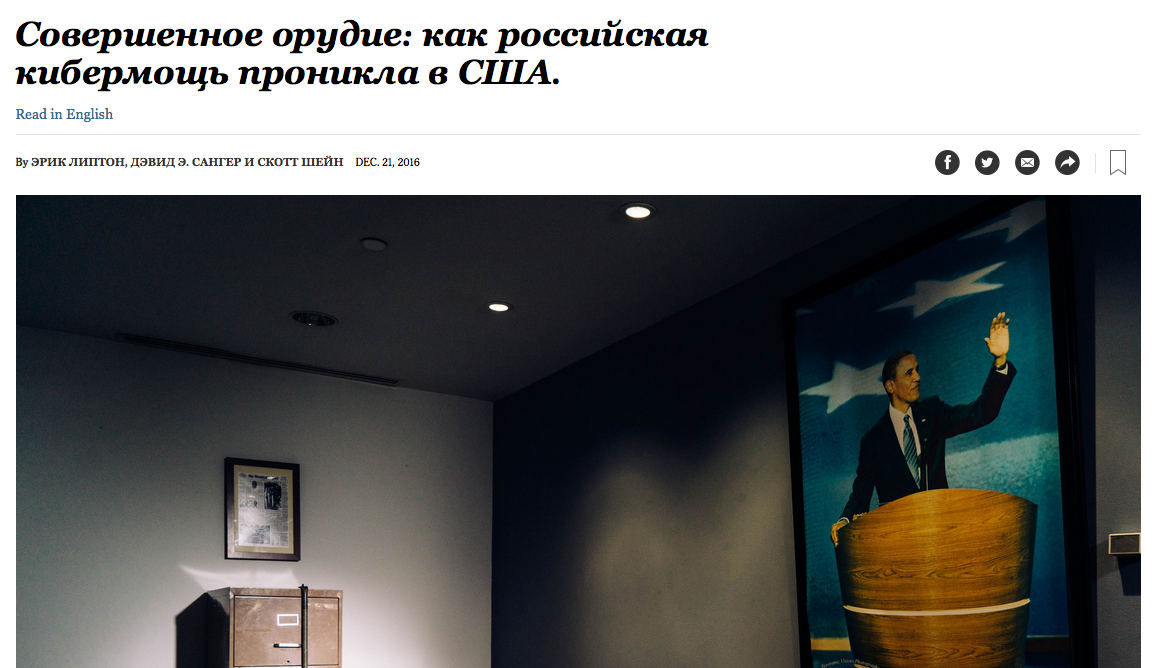 As I have suggested already, I am less enthused with the NYT’s big story on the DNC hack than most other people are. The story doesn’t explain its key conceit — why John Podesta still got hacked if an IT person instructed others how to protect him. It hides evidence that the DNC had enough information, from the start, to respond to the hack as a Russian-based attack (and in a number of other ways downplays the sheer ineptitude on the part of the DNC).

Moreover, especially as it writes articles about its own article, the NYT is treating this as the first comprehensive story on the hack, claiming credit for reporting done after the election that others managed to do before the election (story, story).  I’m pretty unsympathetic to any bid for a Pulitzer Prize (which I believe this is) that could and should have been completed before November 8.

Along the way, too, it has made some amusing edits. For example, an hour and a half after publication, the NYT decided to modernize the spelling of the neologism it had invented, from “cybertsars” to “cyberczars.”

Then, an hour and a half later, it killed off the cyberczars altogether.

Five hours after publication, the NYT admitted it should not have eliminated evidence of the WaPo’s great Watergate scoop from the article’s spooky lead picture.

Editors’ Note: An earlier version of the main photograph with this article, of a filing cabinet and computer at the Democratic National Committee headquarters, should not have been published. The photographer had removed a framed image from the wall over the filing cabinet — showing a Washington Post Watergate front page — because it was causing glare with the lighting. The new version shows the scene as it normally appears, with the framed newspaper page in place.

To the NYT, I guess, WaPo’s historic greatness counts as an annoying glare.

But now things have gotten interesting. Yesterday, the NYT posted a second version of the story, with a toggle to read it in Russian.

I’ve remarked on this practice at the NYT in the past, noting that NYT’s decision-making process about what it translates into Chinese seems arbitrary at best. But in at least once case — a case analogous to today, where the US was deciding how to respond to a massive compromise by an adversary (in that case, the compromise, the OPM hack, was even more damaging than what we know of this one so far) — an article seemingly addressing that issue got translated, in that case into Mandarin.

Maybe this is a great thing, to make it easier for Russians to get NYT’s partially misleading magnum opus on the DNC hack? Maybe this decision was made without any consideration of how to retaliate against Putin for this hack?

But amid accusations about fake news and official publications, the NYT really should be more transparent about how and why they do this.

The Shadow Brokers: “A Nice Little NSA You’ve Got Here; It’d... How HPSCI’s Staffers Used Miscitations to Turn Edward Snowden into a Lying...