A Letter For Rod Rosenstein To Remember 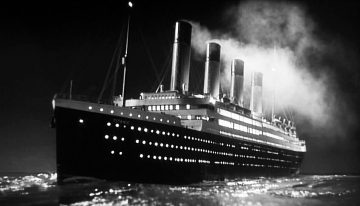 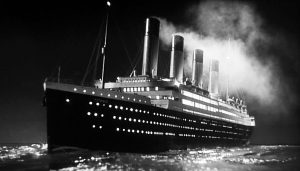 Before there were internet “memes” there were still plays in words that conveyed huge situations beyond the mere words. One was “A Night To Remember”. Yes, even before the famous movie (and before the sappy and stupid “Titanic” decades later), it was an earlier book about the Titanic disaster. There are daily shipwrecks as significant as that now in the Age of Trump.

Today, specifically, we have the issue of a Titanic level shipwreck President crashing the country out of pettiness and ignorance like the United States has never ostensibly seen in its history.

Yesterday on Twitter, I noted that there was a telling omission in the supposed “justification” memo Rod Rosenstein penned and Trump initially claimed to rely on as basis for firing Comey:

This morning, in what I can only describe as an admirable mea culpa statement that I think will long be remembered, in a good way, Ben Wittes called for Rosenstein to go.

In the end, Trump was able to make set piece out of Rosenstein, because Rosenstein let himself be used as a set piece. And there’s an important lesson in that for the many honorable men and women with pending appointments and nominations to serve in senior levels of the Justice Department—or who are considering accepting such appointments. It took Donald Trump only two weeks to put Rosenstein, a figure of sterling reputation, in the position of choosing between continued service and behaving honorably—and it took only two days after that for the President to announce that Rosenstein’s memo, after all, was nothing more than a Potemkin village designed as a facade on Trump’s predecided outcome.

Do you really want this to be you? Do you really think Trump will not leave your reputation as so much roadkill on the highway after enlisting you in sliming someone else a week or two after you take office?

The lesson here is that these are not honorable people, and they will do their best to drag you down to their level. They will often succeed.

Here we are, and, thankfully, people in and around the Third Branch, especially in the all important Southern District of New York region (from which Comey has come and gone), are fighting back and speaking out with shouts that are from far more than the cheap seats people like me occupy.

Without further adieu, a letter from SDNY luminaries:

We, the undersigned, are former United States Attorneys and Assistant United States Attorneys for the Southern District of New York. In view of the recent termination of James Comey as Director of the Federal Bureau of Investigation, we are writing to request that you appoint a special counsel to oversee the FBI’s continuing investigation of Russian interference with the 2016 Presidential election and related matters. This letter is addressed to you rather than the Attorney General since he has recused himself from this matter.

While we do not all necessarily agree with the manner in which he dealt with the conclusion of the Hillary Clinton email investigation, we sincerely believe that his abrupt and belated termination for this conduct, occurring months later and on the heels of his public testimony about his oversight of the investigation of Russian interference with the 2016 presidential election, has the appearance – if not the reality – of interfering with that investigation. Even if this investigation continues unabated, there is a substantial risk that the American people will not have confidence in its results, no matter who is appointed to succeed him, given that the Director of the FBI serves at the pleasure of the President. We believe it is critical in the present political climate and clearly in the public’s interest that this investigation be directed by a truly independent, non-partisan prosecutor who is independent of the Department of Justice, as is contemplated by 28 C.F.R. §600.1.

We are Republicans, Democrats and independents. Most importantly, we are proud alumni and alumnae of the Department of Justice. We do not suggest that you or any other members of the Department of Justice or a newly appointed Director of the FBI would not conduct yourselves properly, but the gravity of this investigation requires that even the appearance of political involvement in this investigation be avoided. As former prosecutors, we believe the only solution in the present circumstances would be to appoint a Special Counsel pursuant to 28 C.F.R. §600.1, and we urge you to take that course.

This letter reflects the signers’ personal views, not of the U.S. Attorney’s Office for the Southern District of New York, the U.S. Department of Justice, or any other government agency.

But it is STRONG. And it is hard to not love it completely. It is raw, and it is real. Nobody asks defense attorneys to sign these missives, nor would anybody give them credit for having done so, were they asked.

This letter, however, is from the elite of the elite prosecutors, with SDNY historic names attached to it (and sometimes significant family names you may not notice), and there are a LOT of them. Almost wonder who did “not” sign on to it?

So, what does it mean?

A LOT. If you know how District level US Attorney offices run, but especially the hallowed ground in SDNY, then you know just how unusual and remarkable is this collective letter.

Think I mentioned “stunning” earlier. It is all that.

The clockworks of governance are buggered. “We are Republicans, Democrats and independents.” And we all deserve better than the orange narcissist piloting the nation into an iceberg.