On a recent trip to Moscow, we visited the Garden of the Fallen Leaders, in Muzeon Park near the New Tretyakov Gallery. The Park displays a number of statues of leaders of the former Soviet Union. Here’s an example. 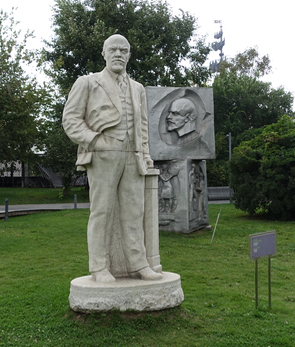 For more pictures and details about the Park, see this travel post by my wife, Janet Eyler. Although most monuments to Soviet leaders have been removed, many destroyed, and others moved to Muzeon Park, there are still monuments to these leaders. There is a very large statue of Lenin in Uglich, one of the small towns we visited, and we saw several in St. Petersburg, and at least one of Stalin.

All around the US today, something similar is happening with monuments to those who fought for and who led the Confederacy. The recent removal of statues in New Orleans caused a lot of dissent and more discussion. Here’s an example from the New York Times. The Garden of the Fallen Leaders provides a model for what to do with all those unwanted memorials, unwanted, that is, by a substantial majority.

Each state should designate a historical park area, and as it removes its monuments, they can be re-mounted in the park, with whatever ceremony and explanation the state thinks proper. There should be only one rule. This is a recent work found in the Garden: 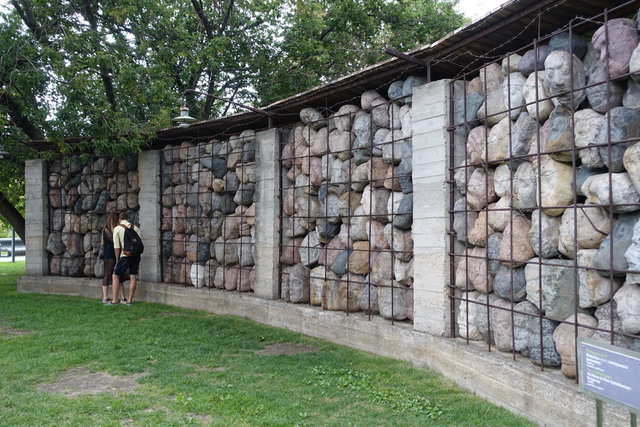 I think it’s meaning is clear. Something similar must be in each such park, a clear demonstration of the individual agonies suffered by slaves. It will serve to remind people that, as Lincoln put it in his Second Inaugural Address:

One-eighth of the whole population were colored slaves, not distributed generally over the Union, but localized in the southern part of it. These slaves constituted a peculiar and powerful interest. All knew that this interest was somehow the cause of the war.

Maybe we should require the posting of the entire Second Inaugural Address to remind us that we are all Americans and bound together by history and belief.