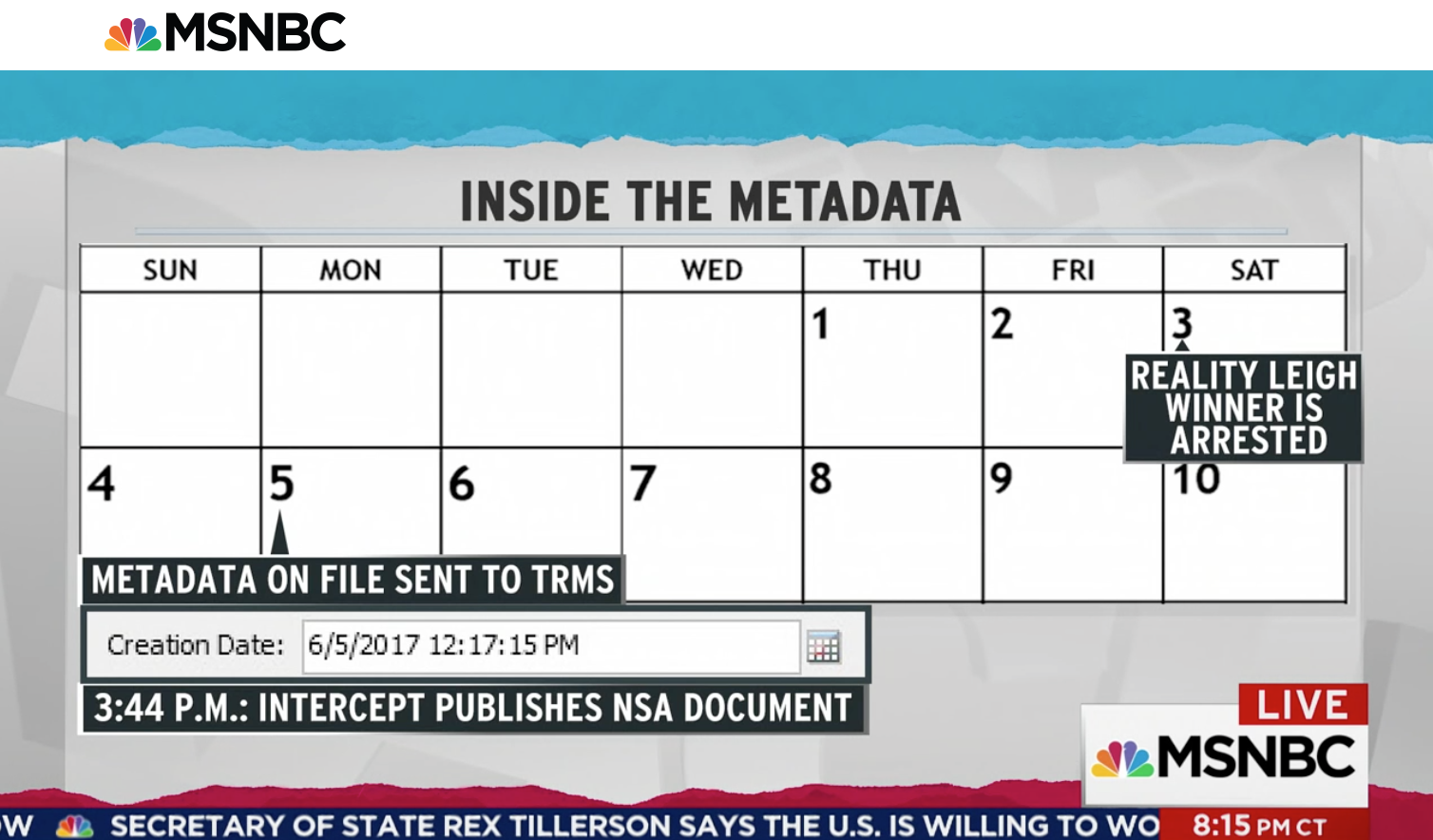 Rachel describes how, on June 7, her tip line received a smoking gun document, appearing to be a Top Secret NSA document, laying out collusion between a Trump campaign official she doesn’t name (I’m going to wildarseguess, for a lot of reasons, it is Mike Flynn) and the Russians who hacked the election. She describes multiple reasons her team determined the document to be a fake: some misspellings, a declassification date that is wrong, some spacing weirdness, and that the campaign official is actually named, rather than masked as US Citizen 1.

But she also describes how the printer dots and a seeming crease on the document appear to replicate those that appear in the document Reality Winner is alleged to have provided to the Intercept.

. [Update: but not the creation date for the document, see below.]

Rachel surmises, correctly, I think, that the person sent the document both to discredit her own reporting (in much the same way reliance on fake documents discredited Dan Rather’s reporting of George Bush’s real Air National Guard scandal) as well as to discredit the notion that the Trump campaign, and the person named in particular, colluded with the Russians. This was an attempt to undercut potentially real news with deliberately faked news, fed through a selected outlet.

I’ve suggested there are reasons to wonder whether Winner was directed towards this document. I’d say there are more questions now about whether that’s the case.

Update: as PaulMD notes on Twitter, the document Rachel received actually has the very same creation time as the document the Intercept uploaded.

Update: Changed the title given the mistaken timing in the Rachel story.

In Mistaking Surveillance for Sabotage, NYT Fearmongers Nukes Again Trump Was Worried HR McMaster or Fiona Hill Would Spy on His Conversation with...