With Clowns To The Left, And Jokers On The Right, Trump Turns To Scaramucci 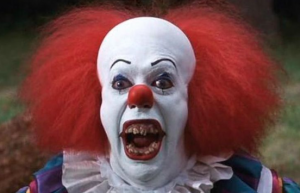 What is up today, you ask?

On Wednesday night, I received a phone call from Anthony Scaramucci, the new White House communications director. He wasn’t happy. Earlier in the night, I’d tweeted, citing a “senior White House official,” that Scaramucci was having dinner at the White House with President Trump, the First Lady, Sean Hannity, and the former Fox News executive Bill Shine. It was an interesting group, and raised some questions. Was Trump getting strategic advice from Hannity? Was he considering hiring Shine? But Scaramucci had his own question—for me.

“Who leaked that to you?” he asked. I said I couldn’t give him that information. He responded by threatening to fire the entire White House communications staff. “What I’m going to do is, I will eliminate everyone in the comms team and we’ll start over,” he said. I laughed, not sure if he really believed that such a threat would convince a journalist to reveal a source. He continued to press me and complain about the staff he’s inherited in his new job. “I ask these guys not to leak anything and they can’t help themselves,” he said. “You’re an American citizen, this is a major catastrophe for the American country. So I’m asking you as an American patriot to give me a sense of who leaked it.”

Ooof. That is pretty psychotic on the part of Scaramouche, glad he didn’t go too batshit…. Yikes, nevermind:

“Reince is a fucking paranoid schizophrenic, a paranoiac,” Scaramucci said. He channelled Priebus as he spoke: “ ‘Oh, Bill Shine is coming in. Let me leak the fucking thing and see if I can cock-block these people the way I cock-blocked Scaramucci for six months.’ ” (Priebus did not respond to a request for comment.)
Scaramucci was particularly incensed by a Politico report about his financial-disclosure form, which he viewed as an illegal act of retaliation by Priebus. The reporter said Thursday morning that the document was publicly available and she had obtained it from the Export-Import Bank. Scaramucci didn’t know this at the time, and he insisted to me that Priebus had leaked the document, and that the act was “a felony.”

“I’ve called the F.B.I. and the Department of Justice,” he told me.
“Are you serious?” I asked.

“The swamp will not defeat him,” he said, breaking into the third person. “They’re trying to resist me, but it’s not going to work. I’ve done nothing wrong on my financial disclosures, so they’re going to have to go fuck themselves.”

Just to be clear, this is the rootin tootin slick dick Harvard Law financial genius that Trump brought in to clean up his Presidency’s previous failures, and bring order and success to the West Wing.