Mike Morell Resigns Out of Conscience because of [Leaks about] Torture 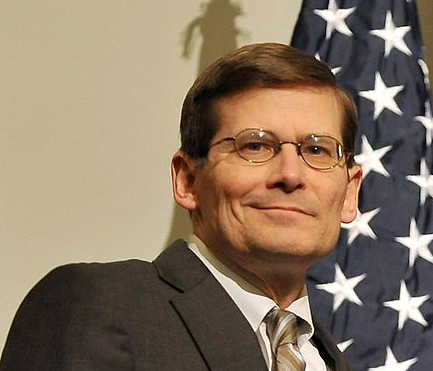 I am writing to inform you that I am resigning, effective immediately, as a non-resident Senior Fellow at the Belfer Center.

I cannot be part of an organization — The Kennedy School — that honors a convicted felon and leaker of classified information, Ms. Chelsea Manning, by inviting her to be a Visiting Fellow at the Kennedy School’s Institute of Politics. Ms. Manning was found guilty of 17 serious crimes, including six counts of espionage, for leaking hundreds of thousands of classified documents to Wikileaks, an entity that CIA Director Mike Pompeo says operates like an adversarial foreign intelligence service.

Morell goes on to talk about his great stand of conscience.

[T]he Kennedy School’s decision will assist Ms. Manning in her long-standing effort to legitimize the criminal path that she took to prominence, an attempt that may encourage others to leak classified information as well. I have an obligation to my conscience — and I believe to the country — to stand up against any efforts to justify leaks of sensitive national security information.

[I]t is my right, indeed my duty, to argue that the School’s decision is wholly inappropriate and to protest it by resigning from the Kennedy School — in order to make the fundamental point that leaking classified information is disgraceful and damaging to our nation.

And then it would become clear where Morell’s values lie.

Chelsea Manning started leaking because she was asked to support the repression of Iraqis engaged in peaceful opposition to Nuri al-Maliki — a view that came to be conventional wisdom long after Manning was in prison for her actions. Manning also exposed US complicity in torture in Iraq and Condi’s efforts to cover up the CIA’s torture. Manning also served seven years for her crimes, including a period where the US government subjected her to treatment most countries consider torture.

Software is a Long Con Shadow Brokers and the “Second Source”