One of the nifty things Robert Mueller did with his indictment of Paul Manafort was to lay out all the extravagances he used to launder his money into the US. The most amazing was his $1M antique rug bill.

Compare that with the mere $20,000 Manafort spent on the people who clear his NY property.

Admittedly, Manafort appears to have redone his Hamptons and FL properties routinely to launder more money. But it basically means he shorted his staff while spending big on magic carpets.

Which will make Trump’s efforts to give rich shits like Manafort more tax benefits this week even more difficult.

The money laundering through luxury goods isn’t the key crime in Manafort’s indictment. That has to do with serving as an unregistered foreign agent with regards to work from 2012. Importantly, that means Mueller got to point to Tony Podesta’s corruption prominently as one of these two unnamed firms.

The allegation is that by having one Republican and one Democratic lobbyist firm to do the work of pro-Russian Ukrainians, Manafort hid what was really going on.

Just as interesting, Mueller slapped a false statements charge onto the failure to report being a foreign agent, tied to these claims (they carry onto a second page). 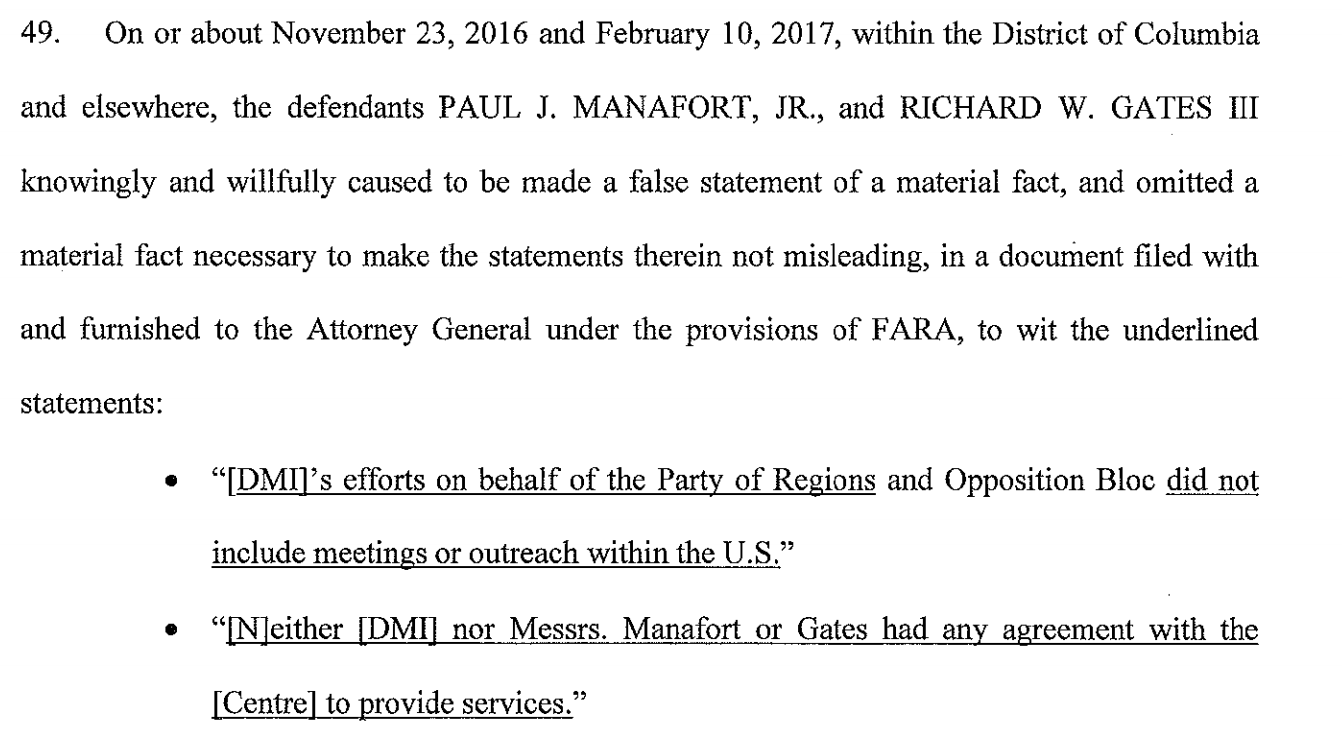 That way, if the idea of actually enforcing foreign registry laws doesn’t fly (which is admittedly a novel idea in DC), they still have some crimes to charge Manafort with.

Hopefully, that false statements charge and the idea of charging for failure to register will send a chill through all of DC’s other corrupt influence peddlers. 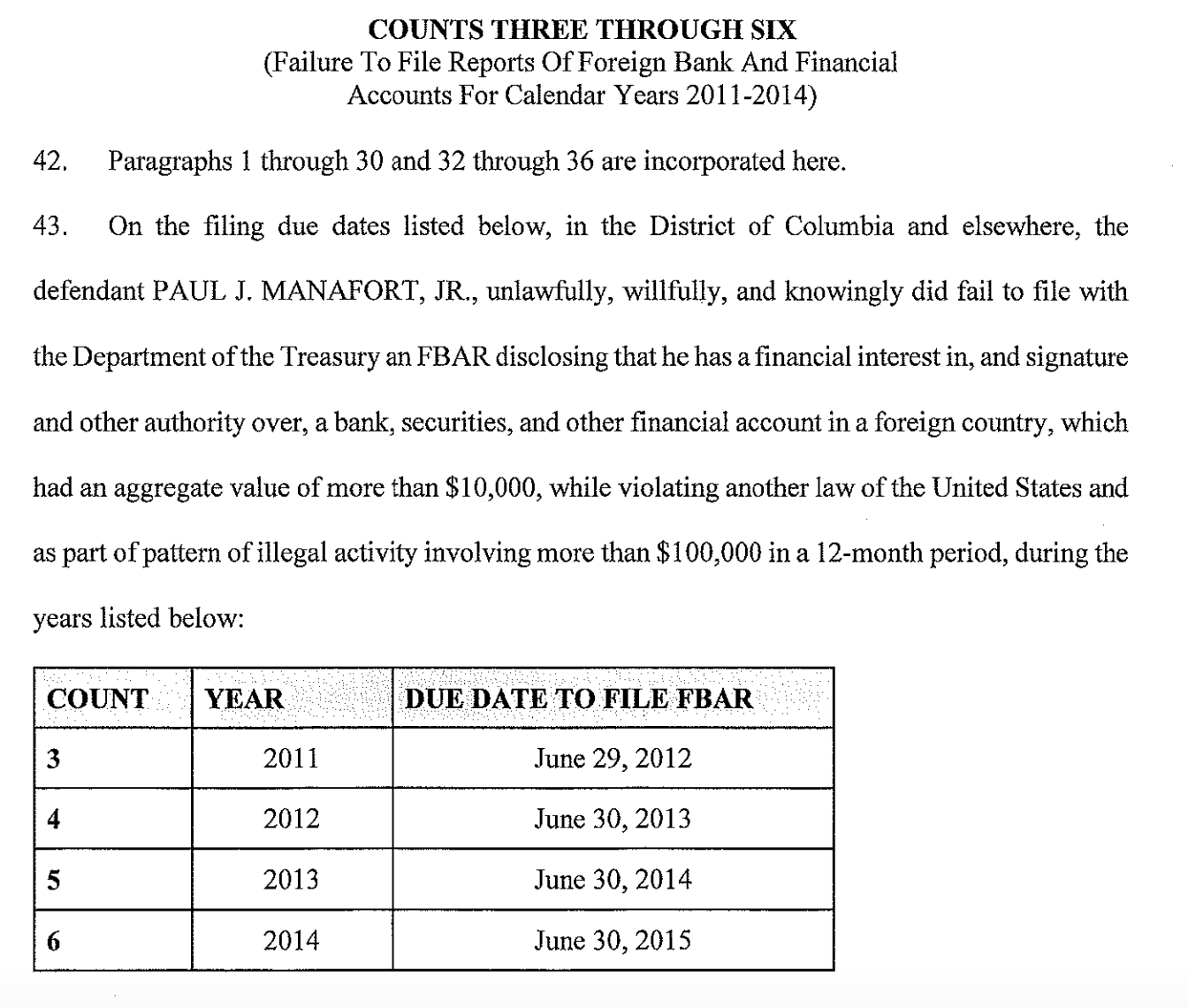 Importantly, Mueller called for all these toys and much (but not all) of Manafort’s real estate to be forfeited. Which will make it harder for him to pay his lawyers and harder for him to look like a million dollars as he turns himself in.

The money laundering charges here (though not necessarily the foreign registry ones) can be punted down to NY State if Trump pardons Manafort.

Here’s what this does: it applies some pressure to Manafort (and serves as an object lesson to Mike Flynn, who can be charged tomorrow with the same registry related crimes). But it doesn’t yet get into the heart of the Russian influence crimes, which preserves Manafort’s ability to testify about them (that is, to flip).

It’s unclear whether it will work. My biggest question of the day is who is paying for Manafort’s legal bills and how long they’ll be willing to continue doing so.

Some Thoughts On The Manafort Indictment A Month and a Half before the June 9 Meeting, Trump Campaign Learned about Hacked...