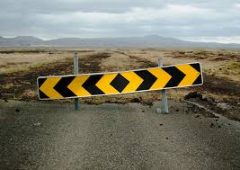 Welp, with this weekend, we have reached the end of the road for the regular season in the NFL and the NCAA, with only playoffs in the former and the BCS Championship game left in the latter.

It is still early out here in the west, and I have some very important duties duties to do this morning in regards to selecting our new puppy, so this will be a brief stub as a placeholder for this that want to start talking trash. I mean, hey who knows, there might be people interested in the Taxslayer Bowl (Louisville/Mississippi State) and the Liberty Bowl (Iowa State/Memphis), both of which start well before I will be back. As I have mentioned before, Memphis is really fun to watch.

Okay, back now. There are only two huge bowl games left before the BCS playoffs. First up is the Fiesta Bowl here at Cardinals joint early afternoon. Pits Washington versus Penn State, both teams coming in at 10-2. This really should be a great game, both have solid defenses and both can be extremely explosive on offense. I’ll root for the Huskies, but give slight edge to Nittany Lions. Then there is the Orange Bowl tonight with Wisconsin v. Miami. Wisconsin is tough and they grind. But Miami, if they get their groove back is more explosive and this is a home game for them. That is a pick em in my eyes, but oddsmakers have Wisconsin by 6. That is probably right.

On New Year’s Day, there are five games. Michigan/South Carolina in Outback Bowl and Notre Dame/LSU in the Citrus Bowl look like yawners. But UCF versus Auburn in the Chik-fil-A Peach Bowl could be pretty good. Then there are the two BCS semifinals. First up is Georgia v. Oklahoma in the Rose Bowl. As good as Georgia is on offense, Oklahoma is even better, but the reverse holds on defense, where the Bulldogs only allow 13 points a game. Spread is currently 2.5, but I don’t buy it. Straight up pick-em. In the late game, it is yet another rematch of Alabama and Clemson in the Sugar Bowl. Very even on both sides of the ball. Clemson, even when they lost two years ago to Bama, played them neck and neck, which no one does. Last year they won. They are not afraid of the Tide, and I will give them a slight edge.

On to the Pros: Cardinals at Seattle is always a bloodbath. Cards have won three out of the last four up there though. Squawks still have shot at playoffs and are probably far more motivated. Niners at Rams is interesting as SF is on a roll with Jimmy G and the Rams are resting up. I’ll actual;ly take SF there. Jets at Pats and Browns at Steelers only interesting to see if either of the two top seeds screw up and lose. Steelers resting key players, but then again it is only the Brownies. Lastly, there is nothing playoff wise in play, but Packers at Lions is always a good game lately. Green Bay has Hundley, Kittehs have Matt Stafford, I’ll take the Kittehs.

Since it is a road post, I thought some road music from Bob Dylan would be in order. Behold the incomparable “On the Road Again” set to scenes from the classic movie of Ken Kesey’s One Flew Over the Cuckoo’s Nest. Rock and roll it.

tweets from our circle
bmaz@bmazRT @DougJBalloon: Donald Trump, who I do not support, was the most progressive president of my lifetime by Glenn Greenwald19 minutes ago11 June 2021
emptywheel@emptywheelRT @ariehkovler: Here, @emptywheel explores the significance of the Hotsetter indictment. emptywheel.net/2021/06/11/the…32 minutes ago11 June 2021
bmaz@bmazAll is not well on the DOJ front: twitter.com/brianbeutler/s…36 minutes ago11 June 2021
bmaz@bmazRT @CHC_1927: Happy Birthday to the legendary comedian Gene Wilder! (1933 – 2016) pic.twitter.com/A4SdS2dPPG45 minutes ago11 June 2021
Jim White@JimWhiteGNVRT @past_is_future: Almost all of the "US intelligence" purporting to support a lab origin that's been laundered through the media has turn…2 hours ago11 June 2021
Jim White@JimWhiteGNVI suggest large, sharpened carrots jammed into each of Manchin’s bodily orifices. twitter.com/davelevinthal/…4 hours ago11 June 2021
Ed Walker 🍞🌹💉💉@MasaccioEWCurrently reading The River Of Consciousness by Oliver Sachs; and Chapter 6 or The Public And Its Problems by John Dewey.16 hours ago10 June 2021
Ed Walker 🍞🌹💉💉@MasaccioEWRT @Sherry_Reson: I do wish @SenWarren would stop conflating tax-payer dollars (which go out of circulation) with public money - which fund…16 hours ago10 June 2021
Jim White@JimWhiteGNVRT @chelounger: I'm always confusing the names of various ominous organizations so I made a handy chart to keep track https://t.co/A12DozNK…21 hours ago10 June 2021
Jim White@JimWhiteGNVThis should have been one of my #TweetsFromMyMower but the weather had other plans. I had about a ten second warnin… twitter.com/i/web/status/1…21 hours ago10 June 2021
RayneToday@raynetodaySounds fishy to me, like a cover story. twitter.com/kylegriffin1/s…6 months ago19 December 2020
RayneToday@raynetodayGee whillikers, I wonder why and when a county in Arizona was breached?? /snark twitter.com/Reuters/status…6 months ago18 December 2020
RayneToday@raynetodayRT @JustinPHicks: “I still cannot get a straight answer out of the Trump administration about why Michigan, like many other states, is rece…6 months ago18 December 2020
RayneToday@raynetodayRT @mcsweeneys: We've updated our catalog of Trump's cruelties, collusions, corruptions, and crimes. He's up to 1,028 now. https://t.co/zis…6 months ago15 December 2020
RayneToday@raynetodayRT @LoopEmma: Saudi Arabia hires new crop of lobbyists ahead of Biden administration cnbc.com/2020/12/15/sau…6 months ago15 December 2020

What Explains Trump’s Focus on Manafort? NYT Does Not Have the Smoking Gun on Trump Campaign Email Knowledge