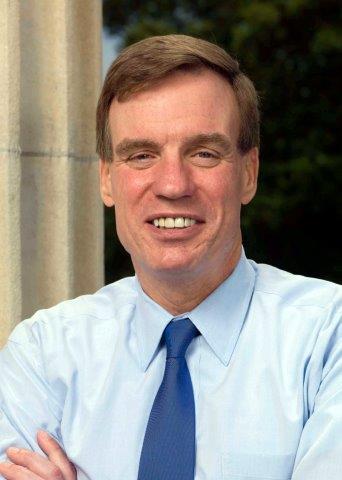 Mark Warner did a long interview with Politico a few weeks ago. I wanted to pull this exchange because it hasn’t gotten a lot of attention.

Glasser: A number of months ago, you and other Senate Democrats said, “Well, we hadn’t seen any definitive evidence yet of collusion between the Trump team and the Russians.” Has that changed?

Warner: I’m not going to be able to comment on that.

Glasser: But you can’t say no right now? You’re not saying, “No, I haven’t seen”—

Elsewhere in the interview, he describes receiving new documents

Glasser: Well, that’s right. So have there been genuine revelations? You talked about how we’re now a year into the investigations. So one question I think a lot of people have is what is the Senate Intelligence Committee doing as separate, but certainly parallel to, the Mueller investigation. Do you feel like you know significant new facts that have been placed onto the record of your investigation even if they’re not public yet that we didn’t know six months ago?

Warner: I believe I’ve seen, particularly in the document area, extraordinarily important new documents that I had not seen six months ago.

Warner: These are just kind of in effect, the next wave. Because there are—let me say this the right way. It appears that Mr. Nunes’ claims may be related to some of the documents that were received late last year. Now, obviously, we would have received the same documents so the fact that some of the end-of-the-year document dumps were very significant.

Glasser: From the FBI?

Warner: I’m not going to, again, go into sources. But they opened a lot of new questions.

Glasser: And so when you referenced earlier in our conversation, you said you have reviewed documents that have raised new questions to you. Is this the same sort of revelations that you’re referring—

Warner: Well, this is—

Glasser: These are things that we don’t really know anything about on the public record, right?

Glasser: It’s not more information about the Trump Tower meeting?

Warner: I’m not going to make any—good try. There is more information coming. I wish some of this information should have come earlier to us but we’ve had new information that raises more questions.

He also refers to text messages — not emails — from the visitors to Trump Tower.

Warner: Yes, whether it was offers made in terms of at least—there were at least text messages from the group that sat down with Donald Trump Jr.

Meanwhile, he says this about the Steele dossier.

In my mind, one of the most amazing things is whether Mr. Trump or his campaign colluded or not, the fact that there is this explosive dossier that’s been in the public realm for a year-plus and whether enormous scrutiny from the press or for that matter, work of the American government, that so little of that dossier has either been fully proven or conversely, disproven.