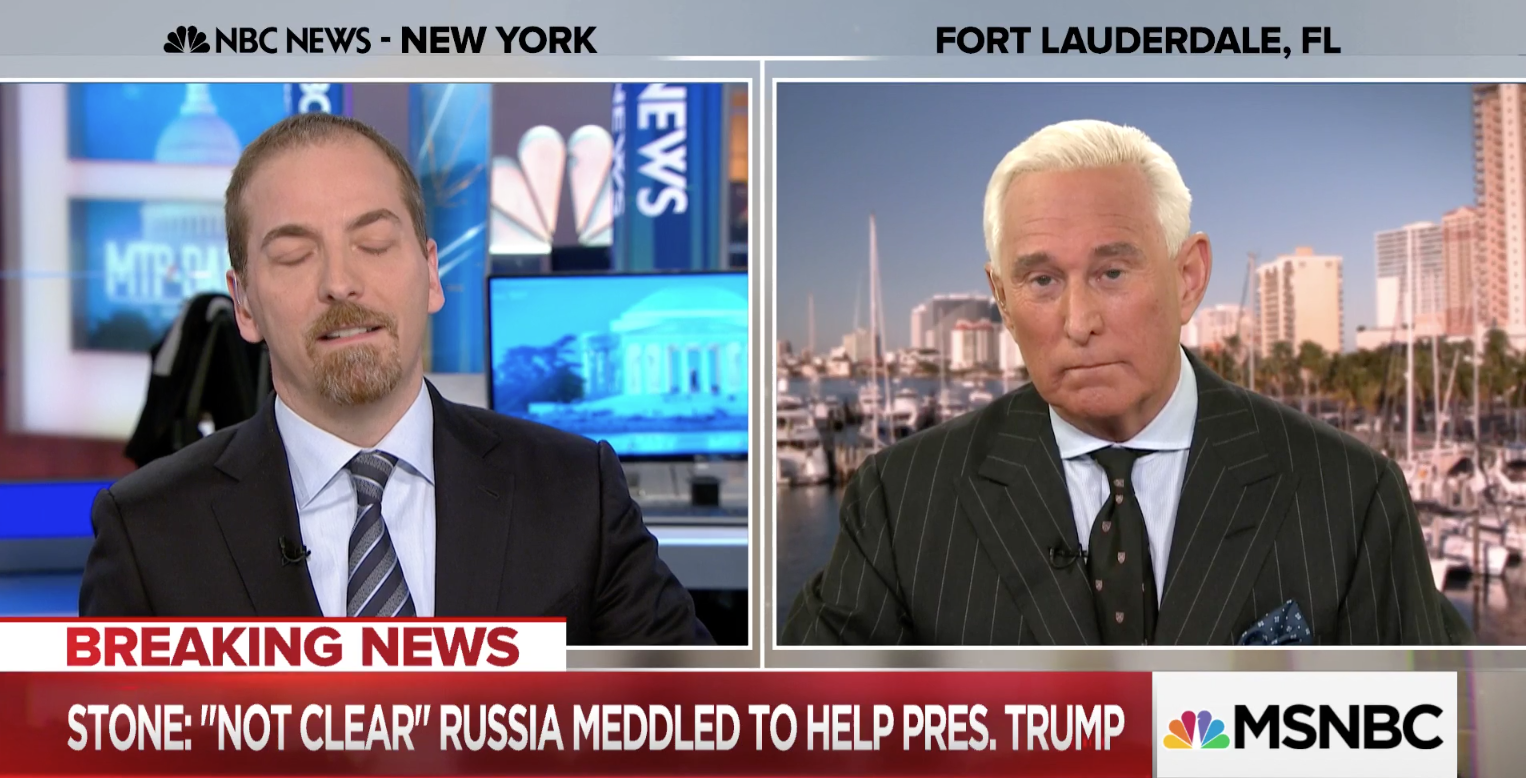 I’ve been thinking about something since I wrote this piece on Roger Stone’s Swiss cheese denials of conspiring with Guccifer 2.0 or Wikileaks on the hack-and-leak. As I laid out, Stone’s denial consists of two tactics: he admits he spoke with Guccifer 2.0 at a time he believed him to have done the hack but notes that that happened after (he claims six weeks, but it was really three) the documents already started coming out. And he denies knowing anything in advance about Wikileaks, which wouldn’t be a problem anyway, he says, because there’s no evidence Wikileaks is a Russian asset.

Effectively, that puts Stone’s involvement after the undeniably criminal act — the hack of the DNC and puts the rest into simple general foreknowledge of Wikileaks’ plan.

As I noted in my first post on Stone’s non-denials, that doesn’t address the possibility he was involved in the Peter Smith led rat-fuck negotiations with Russian hackers to find Hillary’s deleted emails.

But there’s one other problem with it.

According to the public record, Guccifer 2.0 first spoke with Stone on August 12 (though in his statement to Congress, he fudged that date interestingly and claimed the first contact — perhaps meaning DM — was August 14). While that post-dates all known hacking, it pre-dates at least one and possibly several key dates on the leak part of the operation. As Raffi Khatchadourian lays out, Wikileaks may have obtained the John Podesta emails around this time.

A pattern that was set in June appeared to recur: just before DCLeaks became active with election publications, WikiLeaks began to prepare another tranche of e-mails, this time culled from John Podesta’s Gmail account. “We are working around the clock,” Assange told Fox News in late August. “We have received quite a lot of material.” It is unclear how long Assange had been in possession of the e-mails, but a staffer assigned to the project suggested that he had received them in the late summer: “As soon as we got them, we started working on them, and then we started publishing them. From when we received them to when we published them, it was a real crunch. My only wish is that we had the equivalent from the Republicans.”

All of the raw e-mail files that WikiLeaks published from Podesta’s account are dated September 19th, which appears to indicate the day that they were copied or modified for some purpose.

Indeed, Stone’s “Podesta time in the barrel” comment, which Chuck Todd noted addressed Tony but not John Podesta, may even have preceded Wikileaks’ receipt of the emails.

But Stone’s discussions with Guccifer 2.0 undeniably precede an event that, at least according to the skeptics’ theory, necessarily precedes the publication of Podesta’s emails. That’s Craig Murray obtaining … something from someone while he was in the US for the Sam Adams Award on September 25. He has said he didn’t obtain the documents, but it might be a key or something.

That still doesn’t, by itself, make Stone’s conduct criminal. But it does mean his timeline is not exonerating.

Why Has Putin Changed His Mind about Whether Russians Who Hacked the US Are... The Timing of the Felix Sater Interviews