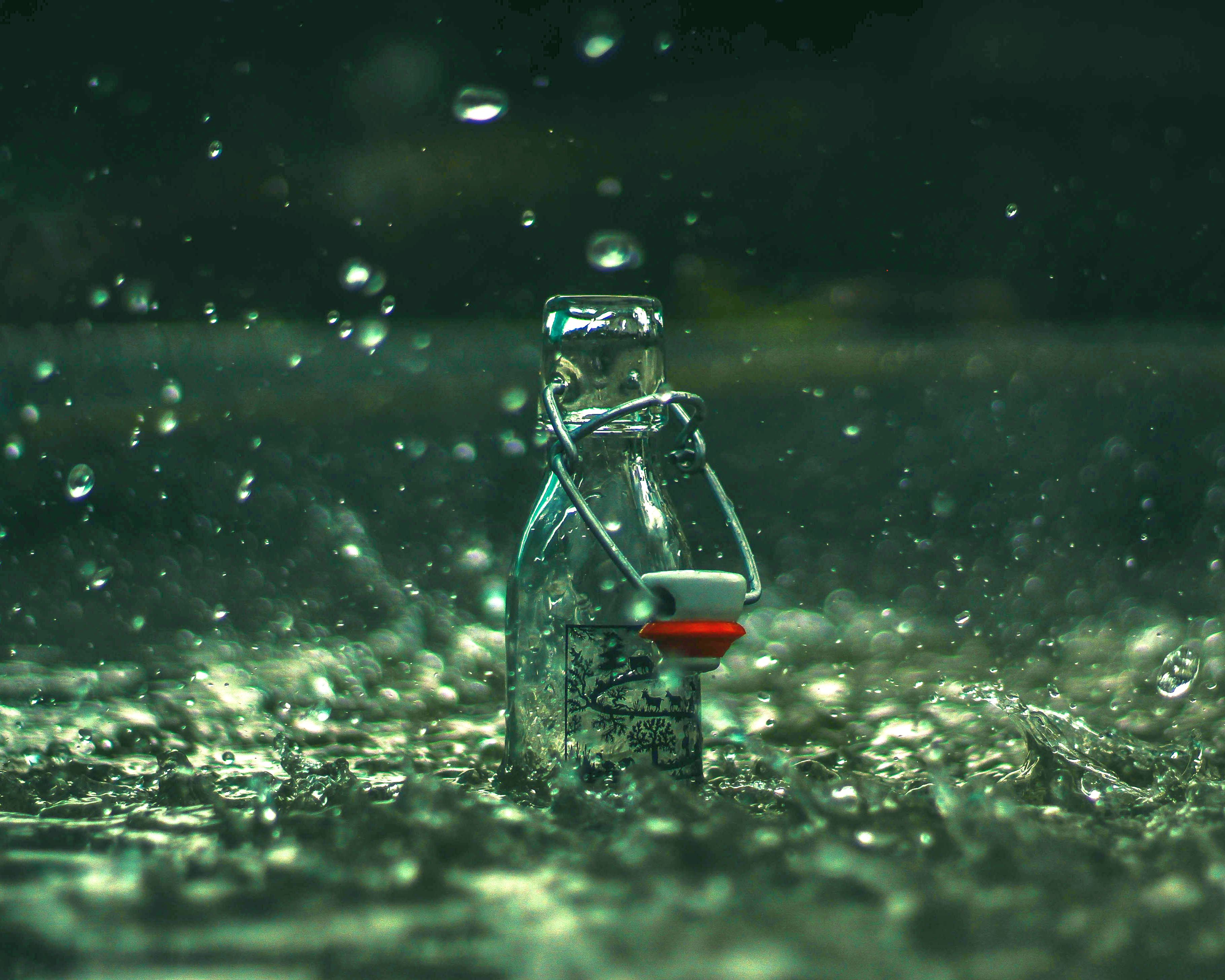 This is an open thread launched while current events still unfold. It may offer an overview for folks still acquainting themselves with the news about Rex Tillerson, Russia, and the UK.

By now you likely know Trump fired Secretary of State Rex Tillerson by tweet. Like Sally Yates on the travel ban and James Comey about his firing, Tillerson was blindsided; he found out he was terminated from a Trump tweet. Take note of Marcy’s post on Tillerson’s replacement, Mike Pompeo, and his sketchy replacement, deputy CIA director Gina Haspel.

Trump may have fired Tillerson because of this response to the poisoning in the UK of former Russian spy Sergei Skripal and his daughter this past week. 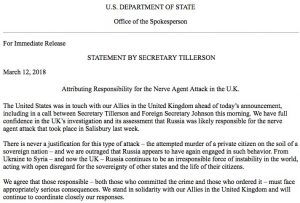 Notice the response attributes the poisoning to Russia but makes no mention of the U.S. role as a NATO member and any response required by that membership. The response doesn’t even name Skripal.

The poison used is believed to be an extremely powerful nerve agent Novichok developed by the former USSR.

Russia’s point persons, Sergei Lavrov as Russia’s foreign minister, and Maria Zakharova, his spokesperson, as well as Russian parliament member Andrei Lugovoi have pushed back on May’s attribution and demands while demanding samples of the nerve agent found in Skripal’s poisoning.

NATO’s Article 5 obligates member nations to defend other NATO members in the attack on any NATO member:

The Parties agree that an armed attack against one or more of them in Europe or North America shall be considered an attack against them all and consequently they agree that, if such an armed attack occurs, each of them, in exercise of the right of individual or collective self-defence recognised by Article 51 of the Charter of the United Nations, will assist the Party or Parties so attacked by taking forthwith, individually and in concert with the other Parties, such action as it deems necessary, including the use of armed force, to restore and maintain the security of the North Atlantic area.

On May 25 last year at a visit NATO’s new headquarters during Trump’s first trip to Europe, Trump avoided continuing U.S. commitment to Article 5. It wasn’t until five weeks later during a speech in Poland that Trump reaffirmed Article 5, saying,

… To those who would criticize our tough stance, I would point out that the United States has demonstrated — not merely with its words but with its actions — that we stand firmly behind Article 5, the mutual defense commitment …

Many articles speculate Tillerson’s firing is the culmination of more than a year of tensions between Tillerson and Trump, including at least one episode during which Tillerson is said to have called Trump a moron (a “fucking moron” according to some). However the immediacy of the termination suggests Trump wanted to remove Tillerson before he could support Theresa May once the two-day deadline has passed.

It’s worth noting that Trump has yet to enforce sanctions on Russia established by bipartisan legislation on a nearly unanimous basis.

It’s also worth noting the GOP majority of the House Permanent Subcommittee on Intelligence abruptly terminated its investigation of Trump-Russia only yesterday afternoon, without providing any notice to the Democratic minority members.

Do read Marcy’s post about Pompeo; bring anything non-Russia comments here to this thread.

Welcome to the Senate Foreign Relations Committee, Mr. Pompeo — the Latest... Why Do You Send Your Digital Guy to Meet with the Russian Ambassador?