How Yevgeniy Nikulin Might Play into the Mueller Investigation 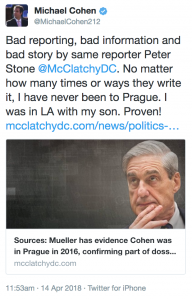 Patrick Fitzgerald Rebuts Judy Miller in Statement on Libby Pardon Michael Cohen’s Claim the Steele Dossier Is False Is Not Affirmed in His...