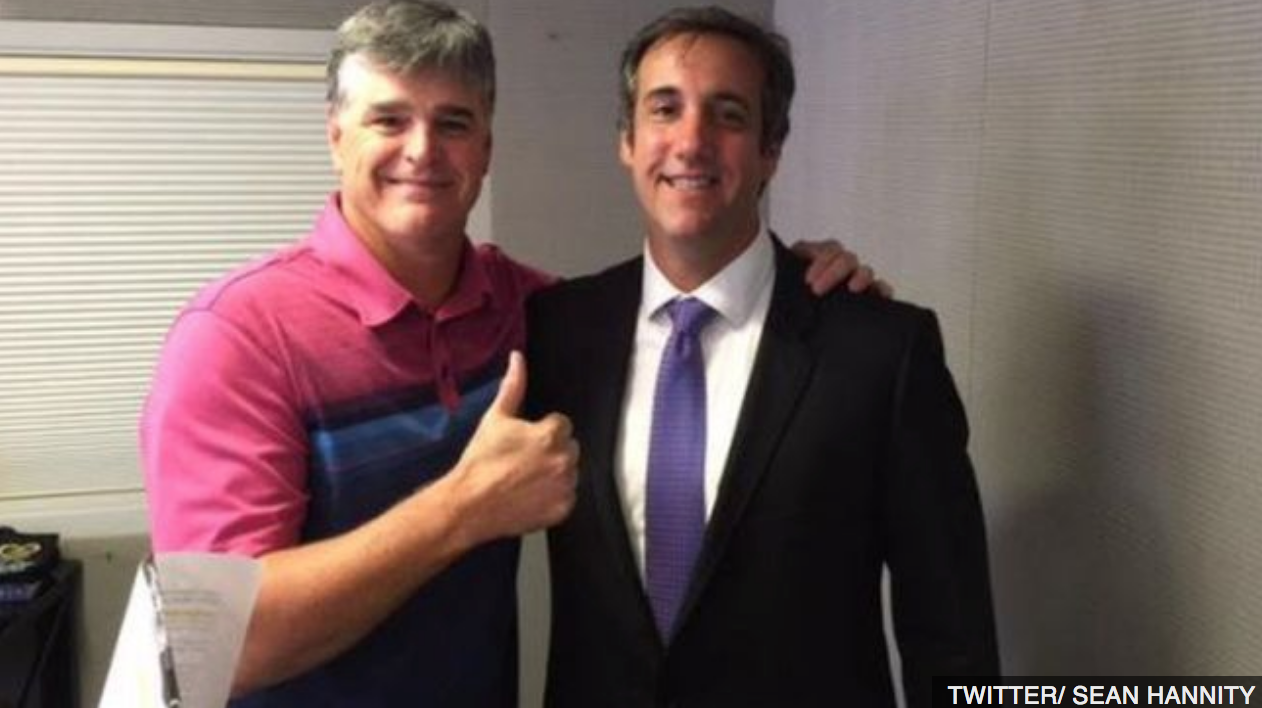 Late afternoon on Sunday, Margaret Sullivan wrote a column arguing that Donald Trump might survive his own Saturday Night Massacre of firing Rod Rosenstein or Robert Mueller. The reason Trump might survive where Nixon didn’t, she argues, is Sean Hannity.

Nixon didn’t have Fox News in his corner.

President Trump does — and that might make all the difference if he were to fire Deputy Attorney General Rod J. Rosenstein or even special counsel Robert S. Mueller III.

The pro-Trump media, led by Fox, would give cover, and huge swaths of Americans would be encouraged to believe that the action was not only justified but absolutely necessary.

You can see it coming.

Night after night — for many months — Trump’s sycophant-in-chief, Sean Hannity, has been softening the ground. And his message is sinking in.

In a recent Reuters/Ipsos poll, three of four Republicans said they believed the Justice Department and the FBI are actively working to undermine Trump.

“Hannity has been poisoning the well for Mueller’s ‘deeply corrupt’ investigation and laying the groundwork to support the president if he seeks an authoritarian recourse,” wrote Matthew Gertz, of the progressive watchdog group Media Matters for America. That was back in October.

Six months, five convictions and more than a dozen indictments later, that poison has done its job.

Less than 24 hours later, Michael Cohen’s lawyer revealed the name of the third client to whom Cohen claimed to have provided legal advice he wanted to protect under attorney-client privilege, a person who — Cohen had claimed in a brief Sunday, hadn’t wanted his name disclosed. “The client’s name that is involved is Sean Hannity.

In response to the ensuing uproar over learning he was the hidden Client 3, Hannity offered a series of contradictory statements, presumably designed to tamp down any speculation that Cohen had negotiated a hush payment for the star, but which only served to make Cohen’s legal claims more specious.

Michael Cohen has never represented me in any matter. I never retained him, received an invoice, or paid legal fees. I have occasionally had brief discussions with him about legal questions about which I wanted his input and perspective.

I assumed those conversations were confidential, but to be absolutely clear they never involved any matter between me and a third-party.

In response to some wild speculation, let me make clear that I did not ask Michael Cohen to bring this proceeding on my behalf, I have no personal interest in this proceeding, and, in fact, asked that my de minimis discussions with Michael Cohen, which dealt almost exclusively about real estate, not be made a part of this proceeding.

As I joked, Hannity said he had eight lawyers. I wonder which three different lawyers wrote these statements, and whether one of them was the other lawyer he shares with Donald Trump, Jay Sekulow.

So Cohen advised Hannity “almost exclusively about real estate,” which in this crowd sometimes means money laundering, and not about buying off Playboy bunnies.

But what are the other conversations about?

Hannity has played even more of a role in protecting Trump than Sullivan makes out. It’s not just that he fed the uproar over Trump’s lawyer being raided. But he did an interview with Julian Assange in January 2017 that helped seed the narrative that Russia didn’t hand the DNC files to Wikileaks. More grotesquely, Hannity fed the conspiracy theories about Seth Rich (I hope the multiple entities that are suing Hannity over that will demand discovery on any claimed privileged conversations about the topic with Trump’s lawyer).

Sure, the matters on which Cohen purportedly gave legal advice to Hannity might be about buying a condo.

But given the effort Cohen made to protect those conversations from the eyes of the FBI, they also might involve coordination on some of the more insidious pushback on the Russian story.

SDNY Will Be Forced to Talk about Crimes Involving the President Today The Trump Organization Really Doesn’t Want FBI to Have the Michael Cohen...