What Happened To The Cultural Elites: Entertainment Workers

Posts in this series
What Happened To The Cultural Elites: Changes In The Conditions of Production

What Happened To The Cultural Elites: The Capitalist Celebration

The entertainment we enjoy helps us to understand our society, how we fit into it and what we might expect from our interactions with it. Some of what we learn can become part of our habitus, our predispositions in dealing with the world. I don’t have much of a framework for this, but I’m just going to plunge ahead. I know that this is too broad, so caveat: not all violence, not all romances, not all symbolic workers, etc; also hooray for escapism.

My general view is that the idea of markets has totally taken over the entertainment field, with bad consequences for individuals and our society. Every creative idea has to get access to a channel controlled by big capital. That requires getting past gatekeepers who are only interested in ideas with the potential for profit. That means sticking to the conventional wisdom, or at least not straying far from it. If you can’t get access, your idea is limited to small channels, and it only gets into public notice if it goes viral. Few things go viral, meaning that many clever ideas go nowhere.

In this post I’ll take two examples of the results: the culture of fear and violence, and reinforcement of the stereotypes of the relations between men and women.

I never thought much about the violence in the movies and on TV until I saw the 1991 movie, The Silence of the Lambs, starring Anthony Hopkins and Jodie Foster, and directed by Jonathan Demme. Here’s Roger Ebert’s review. He describes it as a horror movie, and true enough, the movie is terrifying and horrible. But it’s also a work of art, specifically murder and torture depicted artfully. 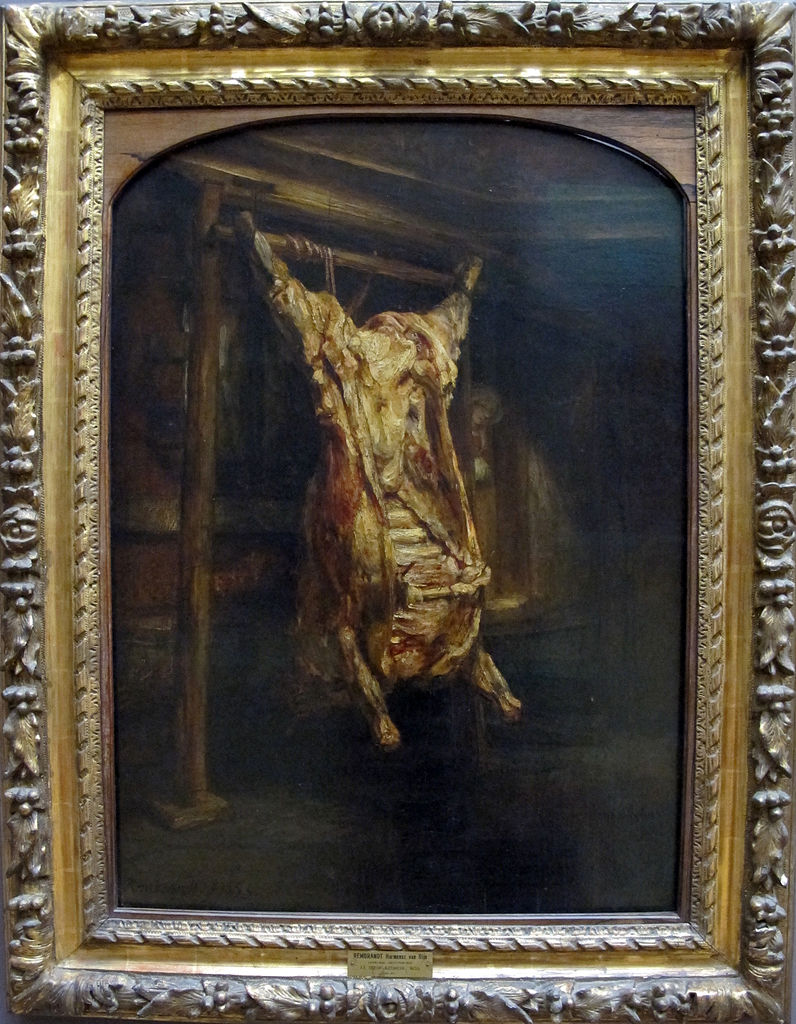 Now I see the violence in movies and TV shows, and as ugly as it is, it doesn’t compare with cable news channels. They love shock and awe of bombing and missile attacks, and talk somberly about the regrettable loss of human life alongside tributes to our brave troops, all with the accompaniment of patriotic music. Local news competes on the basis of fires, car crashes and murders.

Michael Moore looked at the issue of gun violence in the US in his documentary Bowling For Columbine. He doesn’t draw firm conclusions, but points to several possible explanations, one of which is the culture of fear in the US. In the movie Moore interviews sociologist Barry Glassner, whose book The Culture of Fear was one of the influences behind the movie. I haven’t read the book, but here’s a review featuring an interview with Glassner.

“The public has become skeptical and critical of the news media in recent years – and part of the reason has to do with ignoring truly important concerns and compounding others beyond all reason,” said Glassner.

The sociologist ended up spending five years poring over more than 10,000 newspaper, radio and television accounts of social issues, and he discovered a distinct pattern.

“Scratch the surface of any pseudo-fear and you’ll find a wide array of groups that stand to benefit from promoting the scares, including businesses, advocacy organizations, religious sects and political parties,” Glassner said.

What Glassner and Moore portray is the contrast between the US self-description as the glorious Home of the Brave and the reality, a large population of bed-wetters. The bed-wetters aren’t brave, but they are full of bravado, much of it centered around their guns. They see themselves the brave men standing on the wall protecting us from immigrants and criminals. I’m pretty sure these images came from movies and TV shows.

Another major part of the entertainment business is books. Here’s a nice review of statistics on the industry, showing that one of the big genres is romance novels. Not coincidentally, romance is a big part of TV and movies. There are several cable channels devoted to this genre, including Lifetime and Hallmark. Romance books, movies and sitcoms reinforce the stereotypes of women. Ebert noticed a version of this in his review of Silence of The Lambs:

The movie has an undercurrent of unwelcome male attention toward [Jodie Foster’s] character; rarely in a movie have I been made more aware of the subtle sexual pressures men put upon women with their eyes.

In the horror/thriller genre, the primary role played by women is helplessness, and the male provides that help, rescuing her, or avenging her. That works in the romance genre as well. Here’s a blurb for a book currently on the Amazon Best Seller list for romance:

That was the last thing I had in mind.
Then I saw Holly, a curvy redhead in a tight green dress.
I knew she was mine. And I had to claim her.

Reading on we find out Holly been taken by a drug cartel, and he’s going to have to rescue her. Also, he’s a hot billionaire. There’s a whole subset of these books where the hero is a hot billionaire. It’s great that hot billionaires are just like regular guys only more so, built like linebackers and just dying to marry a random pretty grade school teacher or college dropout trying to make enough money to go back to college and learn to work with autistic children.

Hallmark movies are asexual versions of these books, only cheaper. The goal of the woman is to get married; the goal of her friends and family is to get her married; and it all works out and is sealed with a chaste kiss.

There is no sense of the real world in these movies. The couple never sleep together. They don’t talk about politics or housework or work or children or any of the other things dating couples get to eventually. No one lives in fear of job loss, or any kind of insecurity not related to getting married. The writers never get the details right; they seem indifferent to the way things work in the real world. There is always someone with a wise word about love that sounds like something from a self-help book. Of course these movies and books are escapism, but they reinforce stereotypes of the relations between men and women and a positive view of capitalism.

As Glassner says in the quote above, fear-mongering isn’t spontaneously generated. It’s stirred up by people seeking an advantage of some kind. They don’t do this directly. Instead, they hire symbolic workers and set them to work creating the symbolic structures that benefit them. In the first two posts in this series, I describe some of the overall influences affecting all cultural producers, the consolidation of employment and consequent reduction of entrepreneurial opportunities, and the general acceptance of capitalism as a given, rather than as a contested theory.

Our entertainment is created by large organizations funded by large pools of capital. That’s true of movies, television, professional sports and music. Workers in the entertainment field are subject to the pressures of commercialism, which cuts against their individual creativity and intellectual autonomy. And, they all accept the capitalist system as the overall structure of society and social relations.

The people who write romances books, make horrifyingly violent movies and operate cable news and local news are only able to reach the public through gatekeepers, all of which are large conglomerates. All of these symbolic workers are subject to the bureaucratic pressures affecting all salaried employees, and the hierarchy of these businesses ensure that the gatekeepers don’t screw up and let something subversive into the public arena.

As the entertainment industry has coalesced into a few giant players in each area from movies to television to publishing, the intellectual freedom and creativity of symbolic workers has been narrowed to a tiny range. Conglomeration is great for reproducing the class structure, and for reinforcing the conventional wisdom. The symbolic workers in this business aren’t intellectually autonomous in any real sense. No matter what they think of their jobs, they are merely doing the work of reinforcing the symbolic structures desired by their employers.