Was Trump’s Birthday Present a Painting? Or Stolen Emails? 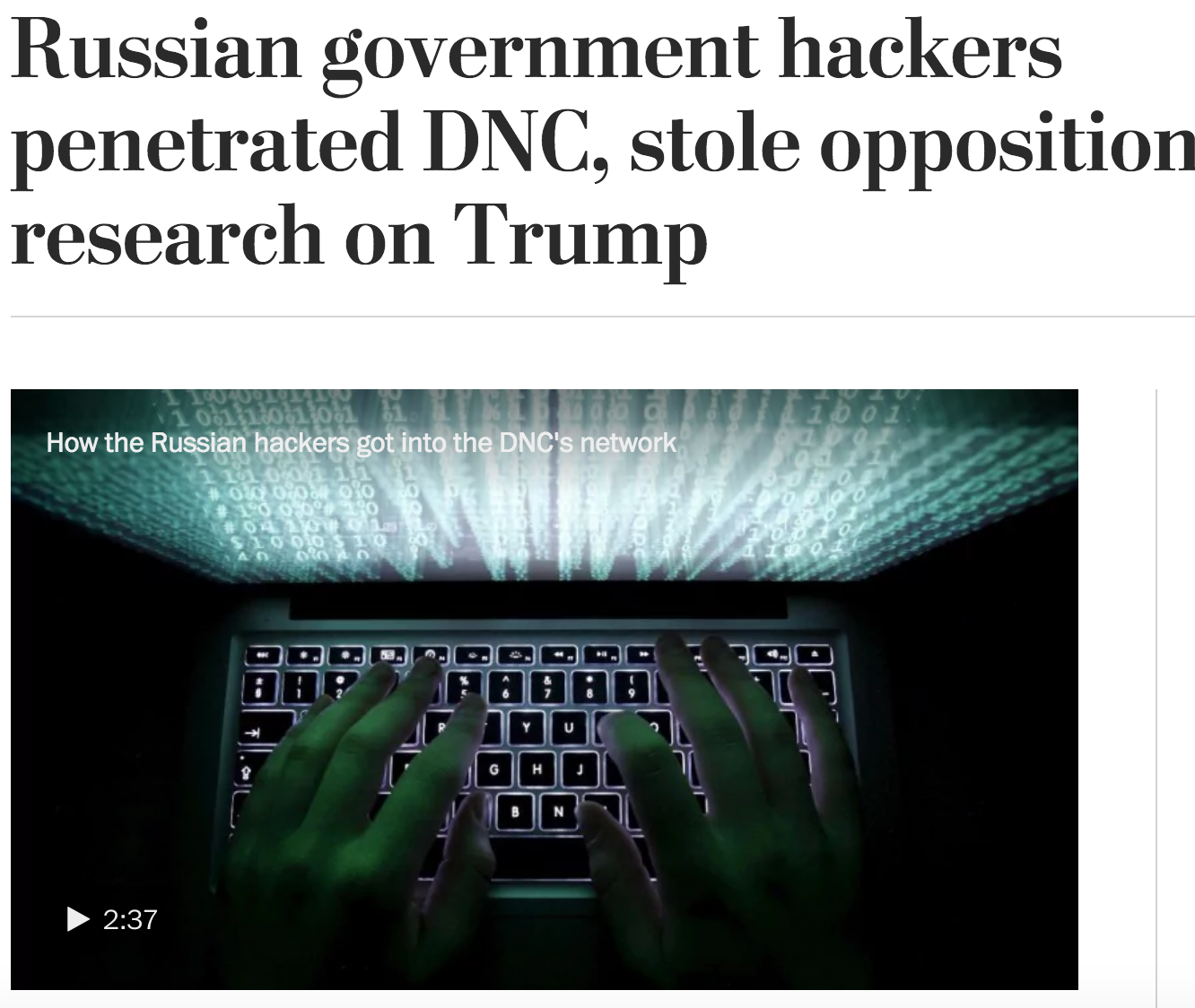 According to the Minority HPSCI Russian Report, the day after Trump’s spawn, spawn’s husband, and campaign manager met with a bunch of Russian envoys (including Aras Agalarov’s representative Ike Kaveladze), Agalarov sent the presidential candidate an expensive painting.

An email from Rob Goldstone identified it as a birthday gift.

On June 14, 2016 — Donald Trump’s birthday — the Washington Post revealed that Hillary had been hacked by Russia.

According to Nakashima, she was first contacted about this story, “About a week before the story published online.”

On June 15, in what has always been presumed to be a rushed response to the WaPo story, Russian cut-out Guccifer 2.0 published a bunch of stolen documents, including Hillary’s (dated) oppo research on Trump.

On June 17, a Trump staffer sent an Agalarov staffer a Trump thank you note, one that did not (at least in the bit quoted in the Minority HPSCI report) describe what the gift in question was.

“There are few things better than receiving a sensational gift from someone you admire – and that’s what I’ve received from you. You made my birthday a truly special event by your thoughtfulness – not to mention your remarkable talent. I’m rarely at a loss for words, but right now I can only say how much I appreciate your friendship and to thank you for this fantastic gift. This is one birthday that I will always remember.”

Was the gift a painting? Or stolen emails?

Baku, Belichick and the NFL Draft The Context of Veselnitskaya’s “Informant” Comment