The Cat Moves onto Pounce on its Paul Manafort Cat Toy 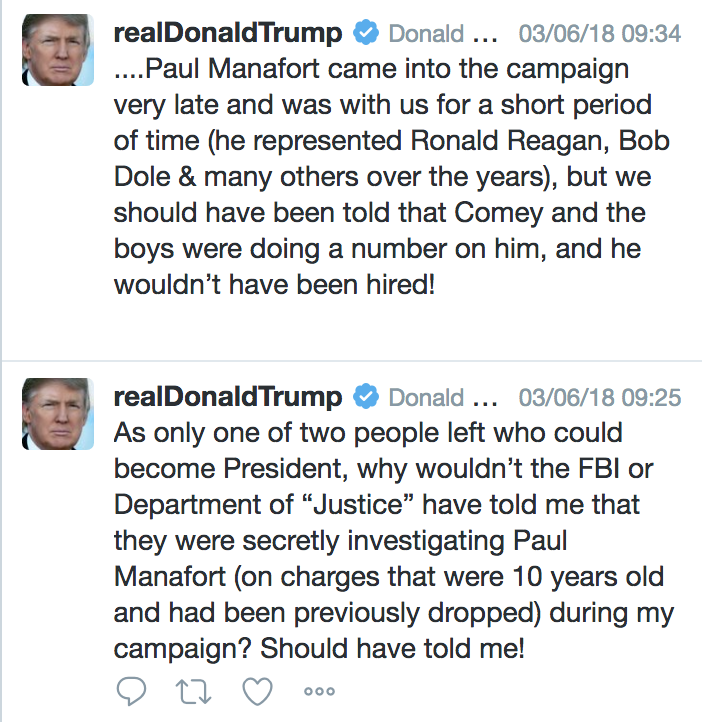 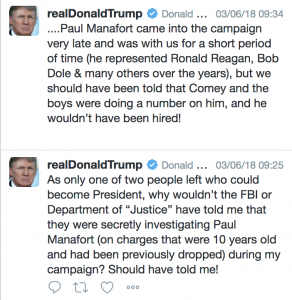 On November 17, I said this about Manafort’s efforts to make bail.

I feel like Mueller’s prosecutors are playing with these two men as cats play with balls, just patiently batting them around, waiting for the inevitable admission that they can’t make bail because they don’t have assets they can put up because everything they own has been laundered. At which point, after getting the judge rule over and over that they’re flight risks, I suppose the government will move to throw them in the pokey, which will finally get them to consider flipping.

On May 18, Judge Amy Berman Jackson ruled that Manafort had show sufficient liquidity that she would move towards granting him bail, pending certain interviews.

After that order, Manafort pledged the last properties he’d need to pledge to make bail (probably the last of his liquid possessions). Then Mueller’s team posted a cryptic filing asking to file something by June 4 — today — in response to Manafort’s last, finally successful!!!!, attempt to post bond.

Here’s that filing. Basically, Mueller’s team says that as soon as Rick Gates made a move to flip, Manafort tried to tamper with witnesses (largely Mercury Group, the Vin Weber lobbying firm) on new criminal evidence raised in the Gates plea — their efforts to use the “Hapsburg Group” to lobby in favor of pro-Russian views. Because Manafort broke the law while out on bail, Mueller argues, the whole process needs to be reevaluated.

Manafort may finally be headed to the pokey. Which may be why Trump was so worried about his poor corrupt campaign manager yesterday.

I’ll have more to say about the filing and the means they used to obtain the WhatsApp and Telegram evidence behind it — suffice it to say there has been parallel construction going on in the casino.

But for now, know that Mueller’s team has been sitting on this evidence since May 4 — probably since February 28.

They’ve just been waiting for Manafort to pledge the last little bits of his liquidity before they move to throw him in prison.

And somehow, it’s almost as if Donald Trump knew the guy he once suggested was his firewall might be in legal peril.