The Most Irresponsible Thing Michael Horowitz Has Done as DOJ IG 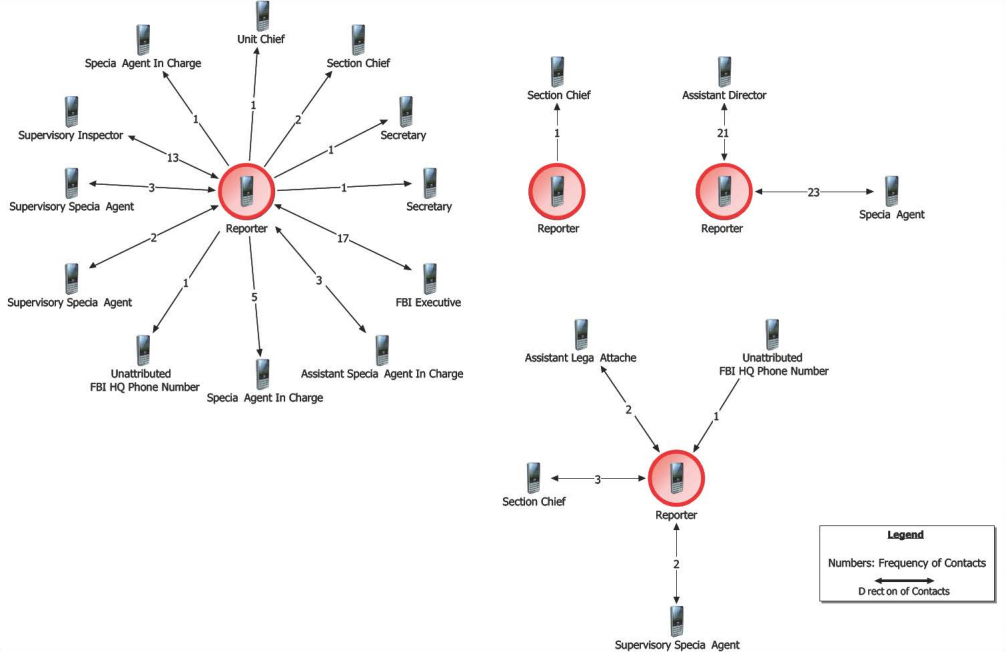 As you likely know, I’m a big fan of Michael Horowitz. I think he has routinely discovered key aspects of DOJ and FBI’s behavior that needs improvement. I think he has stood up to FBI pushback reasonably well, if not always successfully. That other professional IGs look to him as their leader reflects the great respect he has earned among his peers.

I’ve already mentioned, in passing, that I think Horowitz’ treatment of the NY field office leaks in the IG Report on the Hillary investigation to be really problematic. The report, and the Andrew McCabe report before it, makes it very clear the rampant leaking from NY motivated a lot of the defensive behavior at FBI and DOJ (not to mention the decision to take an overt act in advance of the election in violation of standing policy). Among other passages, the report cites this very long response (it starts on report page 385 if you want to read the whole thing) from Loretta Lynch, describing how much hatred towards Hillary there was in NY.

I said, but this has become a problem. And he said, and he said to me that it had become clear to him, he didn’t say over the course of what investigation or whatever, he said it’s clear to me that there is a cadre of senior people in New York who have a deep and visceral hatred of Secretary Clinton. And he said it is, it is deep. It’s, and he said, he said it was surprising to him or stunning to him. You know, I didn’t get the impression he was agreeing with it at all, by the way. But he was saying it did exist, and it was hard to manage because these were agents that were very, very senior, or had even had timed out and were staying on, and therefore did not really feel under pressure from headquarters or anything to that effect. And I said, you know, I’m aware of that…. I said, I wasn’t aware it was to this level and this depth that you’re talking about, but I said I’m sad to say that that does not surprise me. And he made a comment about, you know, you understand that. A lot of people don’t understand that. You, you get that issue. I said, I get that issue. I said I’m, I’m just troubled that this issue, meaning the, the New York agent issue and leaks, I am just troubled that this issue has put us where we are today with respect to this laptop.

The report makes clear that the NY leaks played a key role in Comey’s disastrous decision to announce the reopening of the investigation into Hillary.

Comey denied that a fear of leaks influenced his decision to send the October 28 letter to Congress. However, other witnesses told us that a concern about leaks played a role in the decision. As Baker stated, “We were quite confident that…. [I]f we don’t put out a letter, somebody is going to leak it. That definitely was discussed….” Numerous witnesses connected this concern about leaks specifically to NYO and told us that FBI leadership suspected that FBI personnel in NYO were responsible for leaks of information in other matters. Even accepting Comey’s assertion that leaks played no role in his decision, we found that, at a minimum, a fear of leaks influenced the thinking of those who were advising him.

In spite of the magnitude that these leaks had, Horowitz did not seize the FBI phones of the presumed leakers to find out what kind of damning texts they sent among themselves. This is a point made by NYCSouthpaw in a thread the day the report came out. The asymmetric focus on bias against Trump and not against Hillary is a real problem with this report.

I’m sympathetic with the IG’s explanations for why it didn’t find the source of leaks and hopeful by its promise to follow up.

Against this backdrop, and as noted at the time the OIG announced this review, we examined allegations that Department and FBI employees improperly disclosed non-public information. We focused, in particular, on the April/May and October 2016 time periods. We have profound concerns about the volume and extent of unauthorized media contacts by FBI personnel that we have uncovered during our review. Our ability to identify individuals who have improperly disclosed non-public information is often hampered by two significant factors. First, we frequently find that the universe of Department and FBI employees who had access to sensitive information that has been leaked is substantial, often involving dozens, and in some instances, more than 100 people. We recognize that this is a challenging issue, because keeping information too closely held can harm an investigation and the supervision of it. Nevertheless, we think the Department and the FBI need to consider whether there is a better way to appropriately control the dissemination of sensitive information.

Second, although FBI policy strictly limits the employees who are authorized to speak to the media, we found that this policy appeared to be widely ignored during the period we reviewed.221 We identified numerous FBI employees, at all levels of the organization and with no official reason to be in contact with the media, who were nevertheless in frequent contact with reporters. The large number of FBI employees who were in contact with journalists during this time period impacted our ability to identify the sources of leaks. For example, during the periods we reviewed, we identified dozens of FBI employees that had contact with members of the media. Attached to this report as Attachments G and H are link charts that reflects the volume of communications that we identified between FBI employees and media representatives in April/May and October 2016.222

In addition to the significant number of communications between FBI employees and journalists, we identified social interactions between FBI employees and journalists that were, at a minimum, inconsistent with FBI policy and Department ethics rules. For example, we identified instances where FBI employees received tickets to sporting events from journalists, went on golfing outings with media representatives, were treated to drinks and meals after work by reporters, and were the guests of journalists at nonpublic social events. We will separately report on those investigations as they are concluded, consistent with the Inspector General (IG) Act, other applicable federal statutes, and OIG policy. [my emphasis]

Though I would like more details about what the IG discovered when it tried to chase down FBI leaks. We know they grilled McCabe (and discovered the source of one leak that damaged Hillary). Who else did they grill, and how many were in NY?

But here’s the part I find totally irresponsible.

This is, of course, one of the totally decontextualized link analyses the IG includes in the report to substantiate its claim that the FBI leaks like a sieve. By context, this one (of two) probably reflects communications from October, a period we know (from the McCabe report) that DOJ investigated heavily, based in part off an effort to identify Devlin Barrett’s sources and those of other journalists who created a panic right before the election. The IG has gone through the effort to identify (between the two link analyses, assuming no overlap of journalists, though I suspect there may be some) the FBI sources for seven different journalists. At least the two or three journalists with more sources likely recognize they’ve been burned, as might their sources.

But the IG released these two link analyses without telling us information that it surely knows. That is: how many members of these clusters were sitting in NY, and how many in DC? Is the prolific one here Barrett (which is virtually the only way the IG would be able to claim there were too many calls to ID sources for a story we know they examined closely)? If so, then the IG already knows whether it’s true that NY started leaking about both the Weiner emails and the Clinton Foundation investigation with the purpose of pressuring DC to make certain decisions.

That is, having done this analysis, the IG knows the answer to a critical question: did leakers in NY have a significant role in forcing decisions that played a key role the outcome of the election?

If most of these leakers are in NY, then the answer is clear. But the IG didn’t tell us that information.

Worse still, by withholding this information, the IG allowed these two pages to be used (as released) out of context. They were waved around on TV all morning, with the clear suggestion that each of these leaks reflected someone trying to do in Trump. But the reality is possibly (likely even!) precisely the opposite — that a good chunk of these leakers were trying to help Trump.

And they may well have succeeded.

Update: One more question I’ve got — how DOJ IG decided to stop the analysis at October, and not at the election. After all, the most damaging fake news story of the election, IMO, was the false leak to Bret Baier, attributed to “two sources inside the FBI,” that Hillary was going to be indicted.

In Attempt to Learn How Much Mueller Knows about Roger Stone’s “Collusion,”... Who Taught Trump about Weaponized Migration?