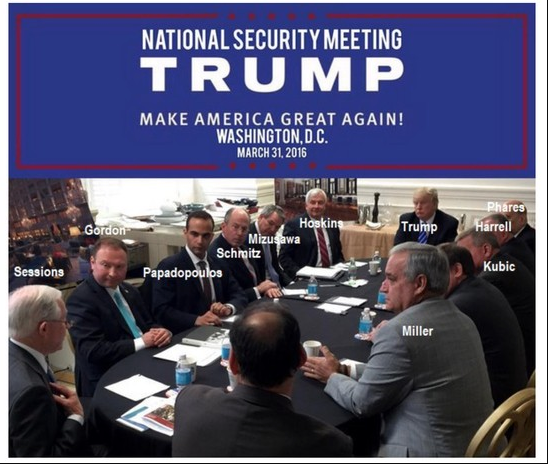 On top of being the guy who prevented the Republican platform from taking an aggressive stance against Russia, JD Gordon is the Trump associate who spends a lot of time claiming that Jeff Sessions opposed George Papadopoulos’ plans to set up a meeting between Trump and Putin.

Which is why I get such a kick out of the story that Russia’s NRA spy, Mariia Butina, spent September and October cultivating Gordon, and they even went to a Styx concert together.

The two exchanged several emails in September and October 2016, culminating in an invitation from Gordon to attend a concert by the rock band Styx in Washington. Gordon also invited Butina to attend his birthday party in late October of that year.

Which means the Russian NRA spy and the Trump campaign National Security Advisor went to hear a version of the Grand Illusion together.

“I wonder which prominent Republican political figures she hasn’t come across?” Gordon asked.

GRU’s Alice Donovan Persona Warned of a WannaCry-Like Event a Year before... About That Styx Thing, A Re-Thinking