There Are Still Mueller Prosecutors Whose Work We’ve Barely Seen

Because Roger Stone complained that Jeannie Rhee was leading the grand jury questioning of witnesses implicating him, I wanted to return to a project I was doing last year: tracking what we know Mueller’s prosecutors have been up to. I’ve made a table, below, of what prosecutors show up on what dockets (I’ve taken the liberty of adding James Quarles in an “obstruction” docket), including those DOJ prosecutors brought into cases first charged by Mueller’s team. 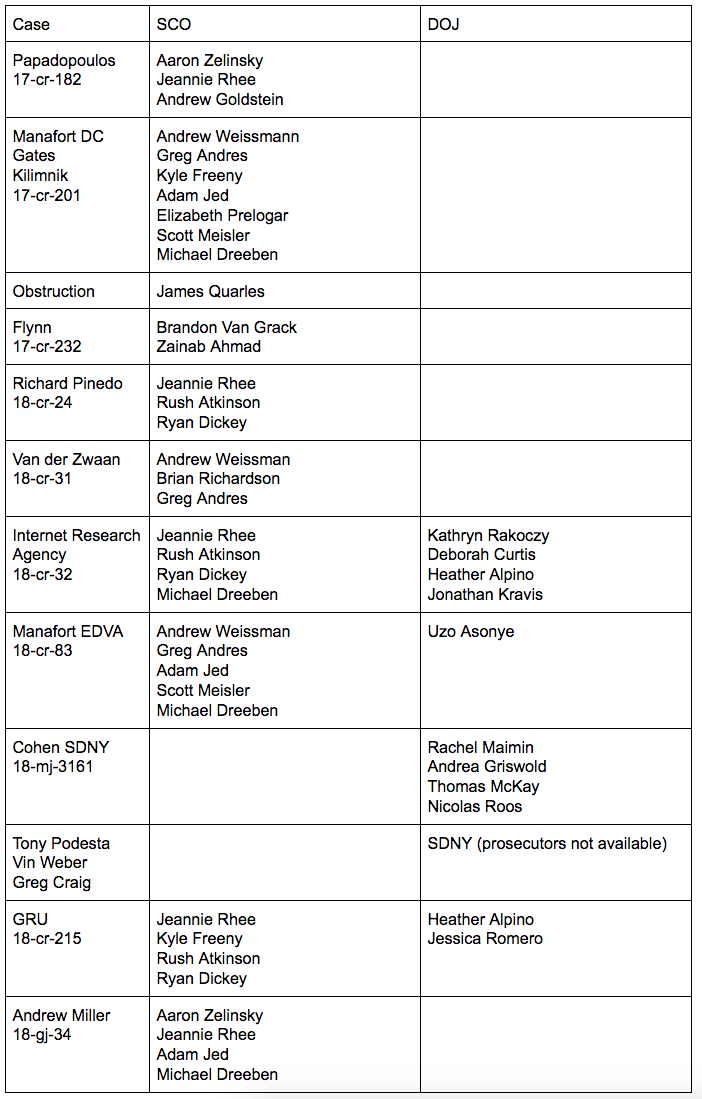 Here’s an amended description of the expertise of the prosecutors listed, which I originally did in this post.

A quick review of these materials make me wonder what Prelogar and Goldstein are doing (and what Goldstein will be doing once Papadopoulos is sentenced in early September). That’s particularly interesting given reports of a focus on the Russians who gave big money to Trump’s inauguration, which would fall squarely under the expertise of both.