Reality Gets A Harsh Sentence 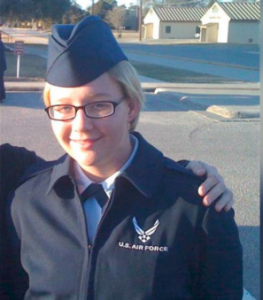 As many of you may already know, this morning was the sentencing for Reality Winner. She was sentenced to 63 months of incarceration and three years of supervised release upon completion of her term. The supervised release term is rather standard. She will be housed at the Federal Medical Center, Carswell in Fort Worth, Texas. The stated reason was because she is bulimic, but it seems more like a nod to her, and her family, who requested a Texas posting so they would be near. There is no pecuniary fine. I have not seen the official sentencing order yet, but have little to no doubt she will be credited with the time served in pre-trial detention since her arrest on June 3, 2017; i.e. nearly 15 months. So, assuming that, she should be released in about 4 years.

Okay, that is the hard nuts and bolts of Ms. Winner’s sentencing. If you want some more background, please see our old friend Kevin Gosztola at Shadowproof, who has been covering all the Reality Winner court appearances.

All that said, let me address a couple of things. First, the sentence was not unexpected, indeed it was stipulated to in the plea agreement Ms. Winner both signed and allocuted to in open court. While the court technically “could” have deviated downward, there was little to no chance it would given the plea language. Anybody shocked by today’s sentencing has not been paying attention.

Secondly, the government did not “block” Winner’s defenses. I had a discussion on this point with a good friend, Will Bunch, who has admirably written extensively on, and in favor of, Reality. Sadly, the law here is what it is, and not what Will and I would like it to be. Winner’s attorneys filed every motion they could, both to try to win and to protect the record. But those motions were never going to work, they never do, and they did not here.

Jeffrey Sterling also tried all of that. It did not work then, for him, either. Sterling got 42 months in prison. It is hard to compare disparate cases, but in the long run, I personally have a hard time seeing why Reality Winner was worse or more damaging than Jeff Sterling, and yet she got 1.5 times as much incarceration as Sterling. Different DOJ’s, different times and the Trump Administration was already on the record as head hunting for leakers when Winner fell into their lap. So, I guess it is not shocking. They were looking to make an example and there she was.

Now to the after show doings. The United States Attorney for the Southern District of Florida, Bobby L. Christine (never trust a man with two first names), cravenly issued a pompous press release on the sentencing. This is just a taste of the Christine hyperbolic:

The document Winner compromised did, in fact, contain TOP SECRET information about the sources and methods used to acquire the intelligence described in the report. That means it revealed how U.S. Intelligence Agencies obtained information. U.S. Government subject matter experts have determined that Winner’s willful, purposeful disclosure caused exceptionally grave damage to U.S. national security. That harm included, but was not limited to, impairing the ability of the United States to acquire foreign intelligence information similar to the information the defendant disclosed. This was, by no means, a victimless crime.

What’s more, Winner’s exceptionally damaging disclosure was not a spontaneous, unplanned event, but was the calculated culmination of a series of acts. She researched whether it was possible to insert a thumb drive into a Top Secret computer without being detected, and then inserted a thumb drive, WHICH THE GOVERNMENT NEVER RECOVERED, into a Top Secret computer. She researched job opportunities that would provide her access to classified information. At the same time, she searched for information about anti-secrecy organizations, and she celebrated claimed compromises in U.S. classified information.

Note the Trump like raging capital letters? Ooof. It was an unnecessary and prickish public release by somebody that had won and driven the vanquished into the ground. And while Bobby L. Christine took all the glory, he did not do diddly squat himself, the matter was handled by a team of career AUSA’s that he did not even have the common courtesy to mention. Very Trump like.

Okay, so why did Ms. Winner end up here? There are a lot of reasons. First off, while Winner would have pretty clearly been discovered anyway, she disclosed her material to The Intercept, which was far from the only cause of her discovery, but did her no favors either. And the Government, especially the NSA, hates, with a capital H, The Intercept. But again, Reality’s discovery was inevitable even despite that, but it is a factor.

Secondly, the Government has thought all along that she had more material than what The Intercept and Matt Cole received and published. In its sentencing memorandum, the government addressed other areas of concern as to Winner including: her insertion of flash drive into a TS/SCI NSA computer at Fort Meade; her Internet history (which other filings make clear included details on Anonymous, Vault 7, Hal Martin, Assange, and Snowden); her download of Tor; her seeking out employment at Pluribus; and her screenshots of secure drop information.

These bases were generally also why she was detained without bail. That does not make it right, and it is, and remains true, that there is far too much secrecy and cheap classification in the face of the American public’s interest. This is a textbook example of just that. But Reality Winner tried to be a whistleblower and fell into the lurch where there are no such protections for the acts she did. She paid an overly, and draconian, price for what she did because the Trump Administration needed a head on a pike. They got hers. And this morning’s sentencing was the ugly culmination of that.

UPDATE: alright, Trevor Timm at The Intercept, has posted an interesting coda to the Reality Winner goings on today.

WHEN THE INTERCEPT first published the top-secret document, reporters and editors went to the government — as they do every time The Intercept publishes classified documents — to hear the NSA’s views about any information that might truly harm national security. After listening to the agency’s arguments, and out of an abundance of caution, The Intercept redacted a few pieces of information from the document before publishing it.

A key phrase that the government wanted withheld was the specific name of the Russian unit identified in the document. The government was particularly insistent on that point. Since it wasn’t vital to the story that the unit’s name be revealed, nor was it clear — at least at the time — that revealing the unit’s name was in the public interest, The Intercept agreed to withhold it.

But in the indictment of alleged Russian military intelligence operatives that Mueller’s office released last month, the Justice Department revealed the same name: GRU unit 74455. (The unit is also known as the Main Center for Special Technology or GTsST.) The indictment went on to reveal information almost identical to that contained in the document Winner admits to disclosing:

In or around June 2016, KOVALEV and his co-conspirators researched domains used by U.S. state boards of elections, secretaries of state, and other election-related entities for website vulnerabilities. KOVALEV and his co-conspirators also searched for state political party email addresses, including filtered queries for email addresses listed on state Republican Party websites.

In or around July 2016, KOVALEV and his co-conspirators hacked the website of a state board of elections (“SBOE 1”) and stole information related to approximately 500,000 voters, including names, addresses, partial social security numbers, dates of birth, and driver’s license numbers

The Justice Department is trying to have it both ways: It’s OK for Mueller to publicly release this information in an attempt to prosecute alleged Russian hackers because it’s in the public interest. But at the exact same time, the government is also claiming that a document including very similar information causes grave harm to national security when disclosed to the public by someone else.

There is a lot more there at Trevor’s post. Without doubling the size of this post, I would like to second the expert opinions submitted by Bill Leonard that Trevor Timm describes and have been long a staple here. There literally is no greater expert on classification than Bill Leonard. That said, it is like the discussion in the main original post. The fight is against archaic, authoritarian and totalitarian laws and legal precedent. Until those are changed, there is reality, and then there is the regrettable case of Reality Winner.

tweets from our circle
emptywheel@emptywheelThat Clinton Tweet Could Lead To a Mistrial (or Reversal on Appeal) emptywheel.net/2022/05/22/tha…24 minutes ago22 May 2022
emptywheel@emptywheelRT @JonWalkerDC: Should be a bigger deal CPAC went to Hungary to basically teach conservatives how to end democracy in practice25 minutes ago22 May 2022
bmaz@bmazNot a Smart foul. Jeez, and now a T on Smart.4 hours ago22 May 2022
bmaz@bmazI thought only LeBron got to blithely travel like that.4 hours ago22 May 2022
emptywheel@emptywheelRT @AlexMartin: DDoSecrets is releasing approximately 128,500 emails allegedly from Hunter Biden's laptop - which they say are "being distr…8 hours ago21 May 2022
emptywheel@emptywheelI missed this bc I was actually covering the case, but I do hope Tesla doesn't go under before Sussmann has a chanc… twitter.com/i/web/status/1…9 hours ago21 May 2022
Ed Walker 🍞🌹💉💉@MasaccioEWRT @cascamike: the progressive agenda was fully embraced by the democratic party for three months at the beginning of 2021. approval rating…9 hours ago21 May 2022
Jim White@JimWhiteGNVWe feast tonight! The butts cooked faster than expected., but will hold safely wrapped in foil and in a cooler unti… twitter.com/i/web/status/1…14 hours ago21 May 2022
Ed Walker 🍞🌹💉💉@MasaccioEWRT @RepKatiePorter: 🥩 4 companies control 85% of the beef market 🫘 4 companies control 80% of the soy market 🍝 3 companies control 78% of t…19 hours ago21 May 2022
Ed Walker 🍞🌹💉💉@MasaccioEWRT @sarahkendzior: A thread from a year ago19 hours ago21 May 2022
Ed Walker 🍞🌹💉💉@MasaccioEWRT @Anne_Hidalgo: Un samedi qui commence bien dans le 5e. Avec @MarineRosset et @MCLemardeley, rencontre avec les commerçants du marché Por…20 hours ago21 May 2022
RayneToday@raynetodayRT @darth: i know this is completely unrelated but imagine spending nine fuckin hours with that guy1 day ago21 May 2022
Jim White@JimWhiteGNVWho’s ready for baseball at the end of the rainbow? pic.twitter.com/QWJZZK5LpC1 day ago20 May 2022
Jim White@JimWhiteGNVMore than fifty folks from the church are signed up to eat pulled pork in my back yard tomorrow evening. Fortunatel… twitter.com/i/web/status/1…1 day ago20 May 2022
Jim White@JimWhiteGNVSays the man who just disenfranchised many voters of color. Just fuck off with your hypocrisy. twitter.com/GovRonDeSantis…2 days ago20 May 2022
RayneToday@raynetodayRT @wyatt_privilege: Not a mind blowing observation but the game now is to send crazy shit upstairs to scotus and invite them to remold, sc…3 days ago19 May 2022
RayneToday@raynetoday~ding-ding-ding~ Accurate. twitter.com/robinmarty/sta…3 days ago18 May 2022

The Problems with Richard Burr’s Claim that SSCI Has No Evidence of C... Trump’s Pecker and His Rat-Fucker’s “Pervy Ted”