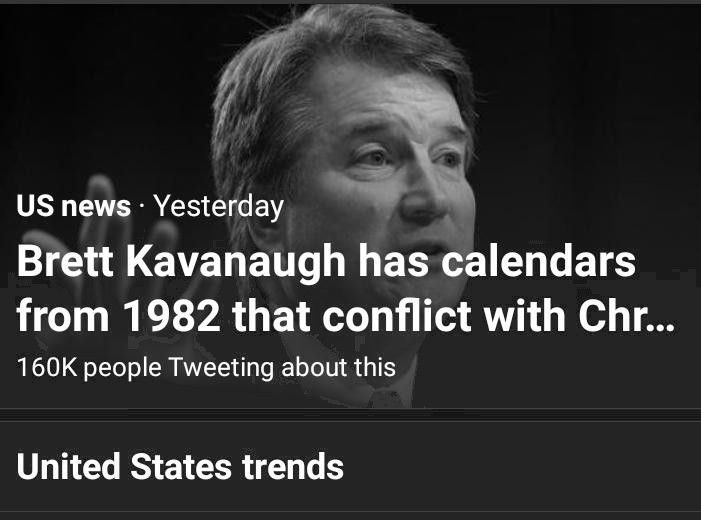 There’s something hinky going on with news curation in Twitter. The story at the top of the Moments/Trends yesterday in the mobile app was this one: 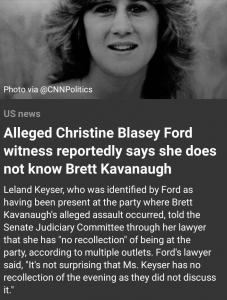 We now know the GOP anticipated additional accusers when the story above was published. This morning the story at the top of Twitter’s mobile U.S. news feed is this one: 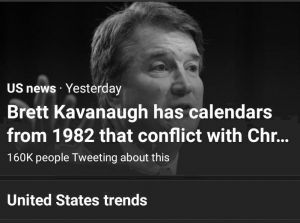 Which seems really odd that both of these stories push the White House/GOP angle promoting the troubled nomination of Brett Kavanaugh by attacking accuser Christine Blasey Ford’s credibility.*

Meanwhile, the New Yorker story by Jane Mayer and Ronan Farrow about a second victim alleging an assault by Kavanaugh published last evening set Twitter timelines ablaze immediately and overnight. Yet that story isn’t the one at the top of Twitter’s US News this morning.

Is this an example of poor or biased curation by Twitter? Or is this the effect of a public relations campaign (by a firm like CRC for which Ed Whelan has worked) paying to promote a news article without any indication to the public that this elevation has happened?

Would such a PR-elevated piece written by a news outlet ever fall under the scrutiny of the Federal Trade Commission as YouTube influencers’ embedded promotions have recently? Or would it slip by without the public’s awareness because it’s First Amendment-protected content?

The Federal Communications Commission won’t want to touch this subject because its chair Ajit Pai won’t want to open up a can of worms about the internet and its content as a regulated commodity like broadcast radio and television.

The Federal Election Commission hasn’t looked at news-as-campaign-ads when such content is produced in the U.S. related to an unelected/appointed official position.

Google News is a little better this morning: 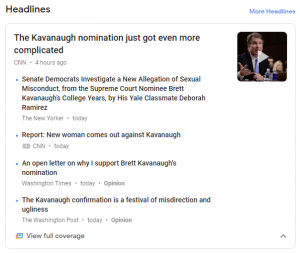 Note the position of the New Yorker piece in the feed. But it’s not clear how any of the news related to Kavanaugh surfaces to the top of Google’s news feed due to a lack of transparency let alone a particular story. The public doesn’t know if there have been any attempts to manipulate the elevation/submersion of a news story favorable/unfavorable to any subject including unelected/appointed officials.

As a majority of Americans increasingly obtain their news online instead of by broadcast or print media, we’re going to need more clarity about social media’s role as a publishing platform and whether social media giants are still being used to manipulate public opinion.

* First image is the expanded version as I didn’t realize at time of screenshot there would be a relationship between top of Twitter news feed on September 23 and this morning’s top of news feed. All images in this story are used under Fair Use for purposes of media criticism