In What May Be a Second Bid to Go after Yevgeniy Prigozhin and Vladimir Putin, DOJ Charges Prigozhin’s Troll Accountant 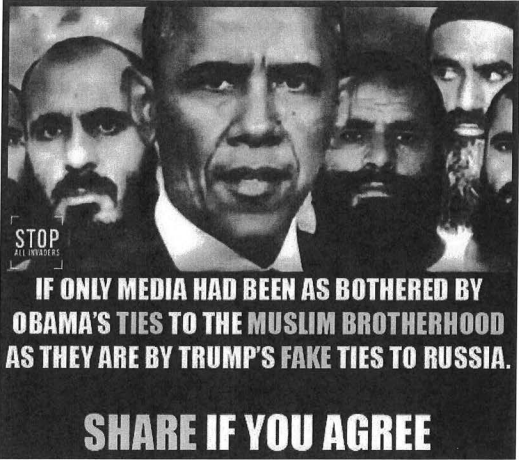 The Eastern District of VA just charged the accountant for Yevgeniy Prigozhin’s influence operation Project Lakhta, Elena Alekseevna Khusyaynova, with conspiring to defraud the US, the same charge that Prigozhin company laywers lawyers are aggressively fighting in DC right now. On top of everything else, this charge may be an effort to get a second bid at laying out the crimes behind Prigozhin’s influence operation, first laid out on Mueller’s Internet Research Agency indictment, in a sustainable way.

Khusyaynova may be named, but the real target is Prigozhin

The affadvit against Khusyaynova not only incorporates the IRA indictment by reference, it repeats the introductory paragraph on Concord Consulting (the entity that’s challenging the Mueller indictment), changing only the name (replacing ORGANIZATION, referring to Internet Research Agency, with Project Lakhta, and lumping both Concord entities into one).

It also repeats a paragraph from the IRA indictment on how Lakhta laundered money through a bunch of bank accounts.

In other words, while Khusyaynova may be named, the focus in this complaint is on Prigozhin’s use of money laundering to move Concord’s money into a troll operation targeting the US.

The complaint then lays out the influence operations conducted under the larger Lakhta umbrella, including IRA but also GlavSet, Federal News Agency, and others, describing how Khusyaynova funded it all. Of significant note, it describes how she paid for advertising on social media sites.

In addition to administrative expenses, such as office rent, utility payments, and garbage disposal, the budget identified IT expenses, such as “registration of domain names” and the purchase of “proxy servers,” and social media marketing expenses, such as expenses for “purchasing posts for social networks,” “[a]dvertisement on Facebook,” [a]dvertisement on VKontakte,” “[a]dvertisement on Instagram,” “[p]romoting news postings on social networks,” and social media optimization software (such as Twidium and Novapress) (preliminary translation of Russian text). The budgets also contained a section on “USA, EU” activities, which included itemized expenditures for “Instragram,” “Facebook advertisement” and “Activists” (preliminary translation of Russian text).

Having laid out that Khusyaynova was funneling money from Concord to pay for these things, the affidavit lays out how this funding engaged in US politics.

Its description of the trolling makes it clear that the trolls are still being instructed to take a view that benefits Trump, down to attacking Mueller.

Special prosecutor Mueller is a puppet of the establishment. List scandals that took place when Mueller headed the FBI. Direct attention to the listed examples. State the following: It is a fact that the Special Prosecutor who leads the investigation against Trump represents the establishment: a politician with proven connections to the U.S. Democratic Party who says things that should either remove him from his position or disband the entire investigation commission. Summarize with a statement that Mueller is a very dependent and highly politicized figure; therefore, there will be no honest and open results from the investigation. Emphasize that the work of this commission is damaging to the country and is aimed to declare impeachment of Trump. Emphasize that it cannot be allowed, no matter what.

Another of the trolls posted this image:

Though other trolls called to take to the streets and protest if Trump fires Mueller. Several of the trolls even RTed…

Dear @realDonaldTrump: The DOJ indicted 13 Russian nationals at the Internet Research Agency for violating federal criminal law to help your campaign and hurt other campaigns. Still think this Russia thing is a hoax and a witch hunt? Because a lot of witches just got indicted.

Or tweeted on both sides of the Mueller indictment of the IRA.

And one of the key allegations involves the effort to provide advertising in support of this flash mob against Trump, including collaborating with Move On and Code Pink. Another of the key allegations describes @CovfefeNationUS’ efforts to raise money targeting (among others) Tammy Baldwin, Claire McCaskill, Nancy Pelosi, Maxine Waters, and Elizabeth Warren.

All of this, of course, is political influence peddling. By citing paid influence peddling, including some that extended beyond the time of the IRA indictment (meaning Concord was on notice that they needed to register) you make it clear this is paid foreign tampering.

This complaint re-situates the charges against Concord in sustainable way

I said, above, that this complaint may be designed to make the charges against Prigozhin sustainable. It comes — with its preliminary translation of Russian passages suggesting some haste — on the heels of a legal challenge by Concord’s US lawyer — of the ConFraudUs theory in this case. Concord has argued that because the indictment doesn’t allege it knew it had to register under FECA and FARA, the conspiracy itself is unsustainable.

Earlier this week, there was a hearing on that challenge in which Trump appointee Dabney Friedrich showed some sympathy for Concord’s argument.

Mueller alleges Concord Management, along with other defendants named in the indictment, conspired to impede the ability of the Justice Department to enforce the Foreign Agents Registration Act — which requires people who are lobbying in the U.S. on behalf of foreign individuals or entities disclose that lobbying — and the ability of the FEC to administer its ban on foreign expenditures in elections, under the Federal Election Campaign Act (FECA) .

Concord Management is arguing that Mueller has not shown in the indictment that the Russians knew about their legal obligations under those regulations, which according to Dubelier is required to bring criminal charges under the law, and is using the conspiracy charge as a workaround.

Prosecutors argued that to bring the conspiracy count, all they need to show is that defendants had some knowledge that the government regulated those areas and that they took actions to impede that enforcement through acts of deception.

“It doesn’t matter if they knew it was the FEC or the DOJ or some other agency,” Mueller prosecutor Jonathan Kravis argued Monday. “They know that there is a lawful government function here, and they are acting with a purpose of interfering with it.”

Kravis pointed to the Russian trolls’ alleged move to disguise not just their identities, but the origin of the computer networks they used to influence the election on social media.

Then today, the judge in that case, Friedrich, asked for more briefing from Mueller’s team.

By issuing this complaint, the government does several things.

First, because this is just a complaint, Prigozhin isn’t going to be able to challenge it; his employee, Khusyaynova, would first have to be indicted, and then would have to show up in person to contest the charges, which isn’t going to happen.

In addition, because the conduct charged in the indictment continued after Concord was indicted in February 2018, they can no longer claim (as they are in the challenge to Mueller) that they didn’t have the knowledge and intent they were breaking the law. In the Concord challenge they argue,

In the absence of allegations specifically showing that Concord intended to interfere, or entered a conspiracy to interfere, with a lawful function relating to a U.S. election in a deceitful and dishonest manner, there is no basis for a § 371 defraud conspiracy charge whether elections were interfered with or not.

… And go on to cite the newest Justice on the Supreme Court insisting that you can’t charge foreigners unless you can be sure they know their conduct is against the law.

[W]e caution the government that seeking criminal penalties for violations of [law regulating foreign nationals’ political contributions or expenditures] will require proof of defendant’s knowledge of the law. There are many aliens in this country who no doubt are unaware of the statutory ban on foreign expenditures

Imagine how easy it will be to respond to this claim, regarding conduct that continued for four months after the initial indictment for the same conduct.

The result compelled by these overarching constitutional principles with respect to a § 371 defraud conspiracy is plain enough: where an indictment purports to charge in a complex and technical regulatory environment like U.S. elections and likewise threatens to sweep in core political speech as part of the offense, the indictment must spell out how and why the targeted individual or entity knew it was violating the law.

Finally, because this complaint focuses on a different named defendant, is charged out of a different office with no visible overlap in team, and encompasses a more recent time period (showing that the government continues to collect solid information on Prigozhin’s operation), there’s no double jeopardy issue and Friedrich can’t touch this case.

I don’t know whether Mueller will just dismiss Concord from the other indictment, and be done with that nuisance once and for all, or whether this is just designed to ensure that the allegations, and the tie to Putin, remain intact regardless of what happens in DC. But it does seem like a hasty bid to solidify the charges in a way that hews closer to past legal precedent.

Update: This post has been updated since initial posting.

PSA: Don’t Misunderstand the Function of a Mueller Report Going To Cut Khashoggi Into Little Pieces