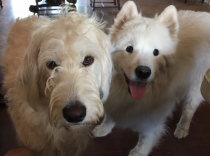 As I, er, complained of in the Khashoggi post, a talking head came to my hood Wednesday to “engage”. That was Chuck Todd and Meet The Press. It was a sham. Most all decent seats were RSVP’d or assigned to news people. There was nothing, and I mean nothing, in it for people that actually live in this part of Phoenix. Yes, I am still bitter, and what a joke that stunt was. Oh well whatchagonnado? So have a better bit of Talking Heads.

But now we are on to the weekend and real trash talk. First off, playoff baseball is the only really great baseball and it is going on. The Sawx have polished off the Stros with a little help from a blind umpire. Probably would have anyway if they can light up Justin Verlander, but still. But they are on to the Series. Much more interesting is the Brew Crew clocking in with a huge game six win against the Dodgers. That sets up a win or go home game seven in Milwaukee tonight. October baseball does not get any better than that. Must see TV.

Not sure there has ever been a better back to back SNF and MNF games than the Chefs/Pats and then Packers/Niners. Woof! This week the Pats play the Bears, who are looking far better than expected. I’ll still take the Pats, but the game is at Soldier Field, so you never know. Denver just blew up the hapless Cards on Thursday night, and the Cards promptly fired their OC Mike McCoy. And he deserved to be fired. Byron Leftwich will apparently be the defacto OC for the rest of the season, and that should be an improvement, but hard to see any salvation for Arizona this year. Buffalo at the Colts should be terrible. Cleveland at Tampa Bay should be more interesting with Winston back in the saddle after his suspension for molesting an Uber driver here in Scottsdale. Lions at Miami is notable. Lions are underperforming, and Miami over performing, even with Brock Osweiller apparently at QB for a couple of more weeks while Tannehill mends. No idea which way to go on that. Saints at Ravens much the same, though it sure feels like Nawlins is on a roll. The Bungles have been more consistent this year, but hard to see them winning in KC against a group of pissed off Chefs. Giants at Atlanta is just embarrassing, how did that dreck get scheduled for MNF??

And in the student athlete section for today, the most interesting game appears to be Oregon at Washington State. Both teams are 5-1 and have high powered offenses, it could be really fun. Michigan is in East Lansing to face Sparty, and the game is already underway. The Bo Merlots are clear favorites, but Sparty is plucky! In a shout out to Richard Taylor, Kentucky, at a shocking 5-1 has a great shot at early bowl eligibility hosting Vanderbilt. The Commodores are not as bad as their record though, so it will not be easy. LSU should take care of Mississippi State at home in Baton Rouge. Rosalind’s Stanford Trees already beat ASU on Thursday night and Jim’s Gators are off today.

UPDATE: This is really bad of me, but I did not even originally mention that the United States Grand Prix is this week in Austin Texas at the Circuit of the Americas. Frankly, the F1 Circus has gotten so boring I have a hard time paying attention anymore. Thankfully, commenter “J” woke me up. I will say that ESPN taking over coverage and basically just streaming Sky F1 has been an improvement over NBC Sports, but it is depressing that more is not featured in the States for the USGP.

Do people who are not die hard F1 fans even know the USGP is happening this weekend? And, yes, the battle for the championship that seemed so promising earlier in the season is done. Sadly. Another boring championship looms for the loathsome Lewis Hamilton. Someday there will be a real battle again.

Okay, this ain’t no party and it sure ain’t no disco. Stop fooling around and get trash talking.

Yevgeniy Prigozhin’s Paid Trolls Prove His Legal Challenge to His Indictment... The Universe of Hacked and Leaked Emails from 2016: DNC Emails