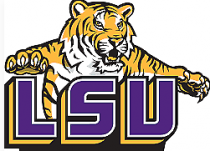 Tom Brady is 3 yards and a cloud of dust away from 1,000 rushing yards for his career. You laugh, but among the best QB’s in recent memory, Brady trails only Fran Tarkenton, Aaron Rodgers, Brett Favre and Big Ben. That is kind of shocking. To give you an idea, Dan Marino has a total career net rushing yards of 87. Not so good. In fairness, Brady is still almost 900 yards behind Favre and a little over 1,700 behind Rodgers. But, still, give it up for TB12.

Speaking of which, TB12, Bill Bel and the boys host Mr. Rodgers and the Pack for Sunday Night Football on NBC. The game counts a LOT more for the Cheeseheads than it does the Pats. Minnesota is not running away with the NFC Norske, and the Bears are still the Bears. But, still, GB needs this win bad. They “should” have beaten the unbeaten Rams last week and did not by a fluke. Still, a loss is a loss, and they need a win. Bad. I’ll still take the Pats though if betting with money.

Frankl;y, the game that interests me the most other than that is the Bolts at Squawks. San Diego….er Los Angeles Chargers at Anaheim, has bee surprisingly good early. That is something. The Seahawks have been gelling in the mid part of the season. This could be one hell of a game. Rams at Nawlins is getting all the jaw. And it should be a great game. The Saints are doing great this year, and I think they may have enough to clear the Rams in a shootout at the Superdome.

That brings us to the student athlete section of Trash. Really, every eye will be on Alabama at LSU. Heck, I hate the SEC and even I am excited about this game. Crimson Tide is favored by like 14 points, which is a hellish lot considering the game is in Baton Rouge. I will not make a pick, but what the hell is the balance in college football if Vegas oddsmakers (who are overall VERY good) place Bama up by that much on the road against the legitimately number 4 rated team in the country? GEAUX TIGERS!!

I would love to think Kentucky can handle the Georgia Bulldogs at home in Lexington. Sadly, I do not. The beginning of the end for the magical run for UK ends today. I would also love to think that Herm Edwards and ASU can “win the games” against Utah at home today in Tempe. Again, sadly, I cannot. The Utes are scary underrated and good. It should be an incredibly beautiful scene at Sun Devil Stadium. People talk about great venues to watch college football, but until you have been to a packed Sun Devil Stadium for a beautiful fall game, you don’t know. Also, best of luck to the Fighting Journalists of Northwestern as they host the eternally hard to love Irish Domers!

Okay, that is it. Music today by the Stones, with Star Star. Better known as Starfucker. Has always been speculation about who the song referred to, and I am not going to geaux there.

US Government Reveals It Has Video Evidence of Joshua Schulte Sharing Classified... A Roadmap to the Nixon and/or Mueller Roadmap