Dear Lindsey: Not Even Trump Gives a Shit What You Think about the Whitaker Appointment 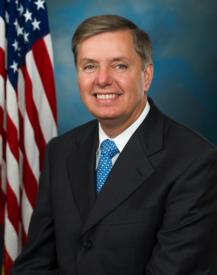 About the most competent thing Trump managed with his ham-handed roll out of a hatchet man to oversee the Mueller investigation was to pick someone with close ties to Senate Judiciary Chair Chuck Grassley. Matt Whitaker has driven all around Iowa with Grassley.

And somehow, Whitaker managed to have Gary Barnett, whose Linked In profile says he still works as Jeff Flake’s Chief Counsel, installed as his new Chief of Staff in time to attend Whitaker’s takeover strategy huddle, while Sessions huddled with Senate confirmed officials.

So whatever else he is or is not, Whitaker is certainly well wired with one of the committees that would have oversight on his actions.

Perhaps that’s why Lindsey Graham and CBS Face the Nation thought he’d be a good guest to opine that everything pertaining to Whitaker’s appointment is hunky dory.

“I talked with Matt yesterday,” Graham said. “I’m going to meet with him next week when we get our schedules aligned here. I think he was appropriately appointed legally. I don’t think he has to recuse himself. I am confident the Mueller investigation will be allowed to come to a good solid conclusion, that there’ll be no political influence put on Mr. Mueller by Mr. Whitaker to do anything other than Mr. Mueller’s job. I’m confident that Mr. Mueller will be allowed to do his job without interference.”

To be clear: I’m not minimizing the degree to which Trump has eliminated one possible source of resistance to his hatchet man plan, by picking someone wired into SJC (and backed vocally by Leonard Leo, since Republican SJC members appear to answer to him).

But by picking Whitaker, Trump has affirmatively told the Senate they — and the professionals for whom they have spent the time to advise and consent — are expendable. After all, the sole reason to appoint Whitaker rather than rely on normal succession is to prevent Rosenstein from having oversight of investigations into Trump.

More importantly, while SJC could have a hearing and Lindsey promises he’ll meet with Whitaker, none of that will have an immediate effect. SJC has absolutely no way to prevent Whitaker from burning up all the norms critical to a functioning DOJ, including recusal where it clearly is called for. There’s not even a way to prevent Whitaker from trumping up some charge and firing Mueller before any such meeting happens.

And it’s not SJC’s place to judge if Whitaker’s appointment is illegal. That role belongs to OLC (whose head, Steven Engel, has already been in at least one discussion about whether it is constitutional) and the Courts. If the question gets to the latter, SJC is not among the leading entities that might have standing to challenge it.

Having Lindsey’s seal of approval might make it easier for Whitaker to last out the two months or so until Democrats take the House. But that will have zero role in whether Whitaker blows up the Constitution.