Birds of a Feather: Comparing ‘Sparrows’ Chapman and Butina 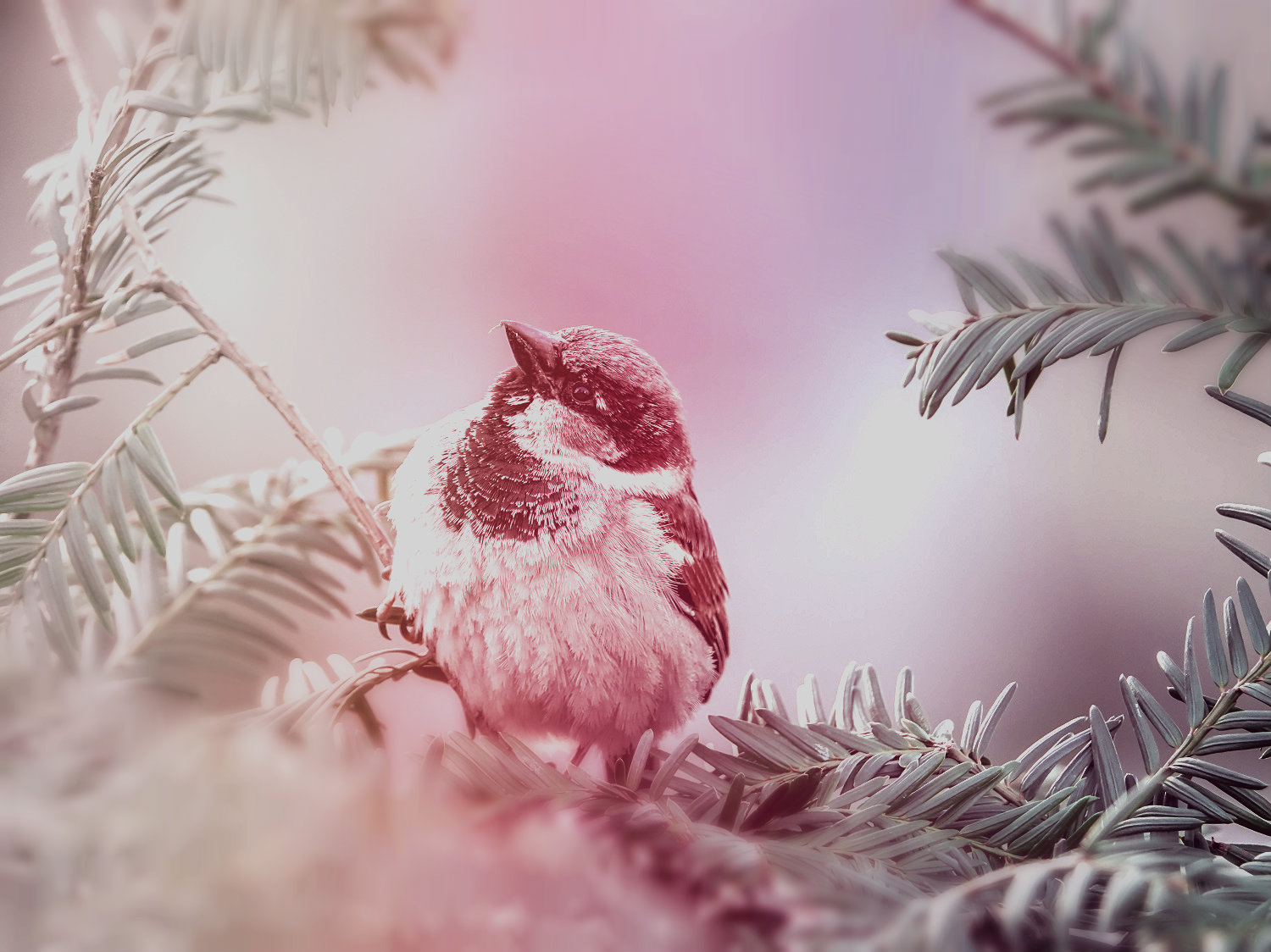 Though Marcy has already discussed Maria Butina’s recent attempt to avoid prosecution as a Russian spy under 18 USC 951, it’s worth comparing two Russian women charged on different occasions with violating the same act.

There are some similarities including the hair color, and some key differences — Chapman and Butina aren’t clones. Their behavior and achievements in the U.S. on behalf of Russia suggest a change in methodology over time.

The indictment charging Chapman included her mission, decrypted from a 2009 message sent to Chapman and a co-conspirator: 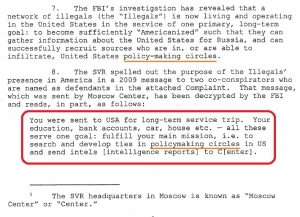 Butina’s mission appears to be similar, but there’s no decrypted message included in the Department of Justice’s Arrest Affidavit to compare with that in Chapman’s indictment. We must rely on Butina’s translation of another document she shared by email with ‘US Person-1,” believed to be Paul Erickson. 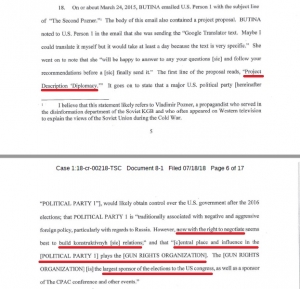 Both Chapman and Butina had missions or assignments; Butina’s appears to be worded more loosely but a full text of the email is not publicly available to make a more accurate assessment. Both women were expected to get close to and develop relationships with U.S. policy makers.

What may explain why Butina’s mission is worded a little differently: between the time Chapman receives her assignment and Butina shares her mission with U.S. Person-1, the policymakers have changed from Democrats to Republicans.

The Democrats were also much more difficult and distant; we can see in other interactions between Illegals Program spies including Chapman that targets weren’t as readily engaged as U.S Person-1. Though Americans who interacted with Illegals Program spies were amazingly credulous, the spies still didn’t get very close to their intended target, Hillary Clinton.

By the time Butina began her work in 2011, methods had changed. Instead of tradecraft seen in the Buryakov case circa 2013-2015 and the earlier Illegals Program circa 2010, Butina is initially accompanied by a Russian official – no need for Butina to implement additional traditional tradecraft to report intelligence when they are their own channel, subordinate spy to superior and minder. Once a relationship between Butina and US Person-1 had been well established, tradecraft was even more nominal – we don’t see in the Arrest Affidavit anything more complicated than a commercially available laptop computer and cellphone.

The descriptive name of the assignment on which Butina worked also indicated a shift — “Project Description ‘Diplomacy'” —  to building constructive (konstrucktivnyh) relations with an organization central to influence over the Republican Party, with an understanding that they (Russia in concert with Political Party 1 and Gun Rights Organization) had some ‘right to negotiate’. This is far more substantive than Chapman’s assignment to seek and develop ties with key contacts.

Spying operations changed along the arrest and deportation of the Illegals Program spies and in sync with a transition in U.S. Politics:

— The shift in Congress from Democratic Party to GOP with the 2010 election may have been a trigger for a new approach once the 112th Congress was sworn in;
— The transition happened in sync with the embrace of Torshin by the National Rifle Association (NRA);
— Change from Clinton to Kerry as Secretary of State likely played a role given the expectation Clinton would be the front runner for the Democratic Party’s presidential nomination.

But one key factor may have changed the tack Torshin and Butina took compared to Chapman and the Illegals: the Supreme Court decision in Citizens United, Appellant v. Federal Election Commission on January 21, 2010.

Now there was a means to funnel money to meet Torshin’s and Butina’s efforts without the level of difficulty other methods might have had before 2010. They could identify, meet, target, influence, and point to a candidate the NRA could fund using Russian money — in effect, developing and recruiting unwitting (or witting) agents.

They collected Republican members of Congress to exploit as useful idiots, in other words.

No wonder Butina had to hide behind a seemingly innocuous student status. Besides masking the reason why she was in the U.S., she needed to appear lower on the cultural status scale than the GOP’s easy marks on which she worked. In contrast, Chapman only needed the appearance of a real estate gig to enable her to poke around.

Note again in the excerpt from the DOJ’s Arrest Affidavit the ‘right to negotiate’ — does this suggest that Citizens United, combined with NRA’s welcome, that Russia felt it had an alternative (read: illegitimate) path to diplomacy, circumventing a Democratic White House between 2011 and 2017?

It’s clear something changed after 2010 at the NRA with regard to allocation of money between lobbying and campaigning. 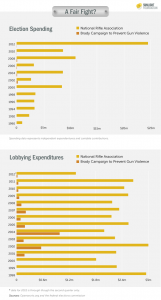 Never mind that gun control advocacy group the Brady Foundation was outspent by an overwhelming amount. The NRA shifted its practice dramatically in 2012 from spending on lobbying instead to campaigning, just about the time Torshin had fully integrated Butina into a gun rights advocate as his “special assistant.”

In 2012 the NRA also transitioned away from relying as heavily on the  American Legislative Exchange Council (ALEC), doing more of its policy work and outreach directly through GOP candidates. ALEC executed a PR feint — backing away publicly from gun rights issues and the Stand Your Ground laws it helped promote — but in reality it was ceding to the NRA these efforts because ALEC was no longer needed after Citizens United as a legislative front. The NRA could handle their issues directly with candidates under the guise of campaign support.

The rest is history, with Butina taking selfies with NRA’s president David Keene and various GOP candidates to document her benchmarks along the way through Trump’s 2016 campaign.

Butina’s legal team may argue against a charge of violating 18 USC 951 as a negotiating chip, claiming she didn’t spy. If either of these red-capped sparrows could have claimed they weren’t a spy, it wasn’t Butina. Her mission was successful in a way Anna Chapman could only have dreamed.