Dancing With Ms. AOC (and other weekend talk) 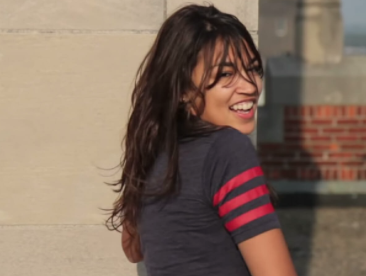 Apparently the ignorant bigot Trumpalos set things a little bit of Footloose is now some kind of slam on AOC. But it it is not. It is just stupid. Seriously, what kind of bigots go there? AOC is bigger and better than that, why are her detractors not?

As Ray Davies and the Kinks would say:

Don’t be afraid to come dancing,
It’s only natural.

And off we go.

Yep, dancing is real. it is awesome, and completely great and @AOC is the epitome of that.

I hope I am not too late for critical Mr. Gun Scribe, but I have been at the vet with my one of my dogs, Kiki. I know he will write 1000 words of bullshit about “his” dysfunctional Steelers. So be it.

At this point, let us talk about teams that are actually in the playoffs. And, no, that is neither the Stillers or the Cheese. Nor the local dope Cardinals.

As to games and teams that can and will happen, let us lead with the AFC.

On ESPN, the Colts are already leading the Texans by 7-0. I do not feel good with it,and will not bet one red cent on it, because Deshaun Watson is really special, but Captain Andrew Luck seems on a real roll.

Second game today is Squawks at Boys. Hard to take a second road team on a home turf, but I will do that. Yes, I know, I will die with my hat in my hand, okay. So be it, and just wait for the next predictions for Sunday!

As to that….And, no I do not feel good about this, but I will take Phil Rivers and the Bolts over the Ravens. Rivers is a WAY better QB than people give him credit for being. This is his opportunity to show it or blow it. I think show it, but need to see it.

The Philly Special will be in Chi Town, The Windy City. Khalid Mack is the anchor the Bears defense always relied on. The importance of his arrival to the Midway because Chucky Gruden was, and is, a total dope, cannot be underestimated. The Bears have been transformed. They were a team on the obvious upswing, and are now legitimate contenders.

Hell of a last game for an insanely good wildcard weekend.

Attacking The Neoliberal Ideology On Narrating Donald Trump: “Shoot me like I’m shot on ‘The Ap...