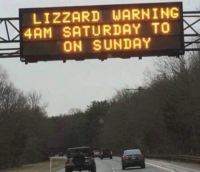 Getting close to the home stretch in the NFL. There are four games this weekend, and the first one up is Colts at Chiefs. The weather looks to be very nasty, with below freezing temps and snow already accumulating. It will be interesting to see how young Pat Mahomes fares in this environment for his first playoff game. He has such a strong arm,that my guess he will be fine, and same for Andrew Luck. But the Colts have a far better running game than the Chefs, and KC run defense is not the best. Oh, and KC has not one a playoff game at home since the mid 90’s when Joe Montana was their QB. This has a real potential for a Colts upset.

The second game Saturday is Cowboys at Rams. Dallas really is starting to play better lately, and the Rams seemed to stall a little toward the end of the regular season. That said, hard to see the Boys having enough offense to keep track with Goff and Gurley, and the Rams defense is superior.

The early game Sunday is maybe the most interesting game of the weekend with the Chargers at Foxborough to visit Bill Bel and the Pats. The Bolts have the offense to make this very interesting, and have solid defense too. The Pats will need a big game from Sony Michel, and Brady and Gronk have to get out of their funk. And the Pats are basically at full health finally. It is tempting to take the Bolts in an upset, but not going to bet against the Pats. Nope just not gonna do it.

The late game Sunday has the Eagles at the high flying Saints. Drew Brees is simply a machine, and he has a hot running back duo in Alvin Kamara and Mark Ingram. Fun fact, Brees and the Eagles’ Nick Foles both went to the same high school, though obviously separated by quite a few years. Foles has been absolute magic for the Iggles, but I think that luck runs out in NOLA.

As a fun little parting shot, today is the 50th anniversary of Super Bowl III in Miami, where Joe Namath and the Jets shocked the world by beating the heavily favored Colts. Here is a fun story looking back at that game and the really earth shattering consequences it had for pro football.

This weekend’s music courtesy of Van the Man.

A Less Obvious Question about NYT’s Reporting on Trump-Russia Trump’s “Official Acts” to Pay Off a Russian Bribe Should...