The SCO Statement and Why Cohen Should Not Testify Feb. 7 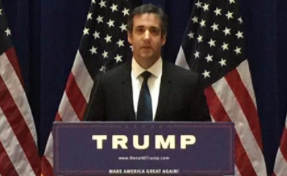 Marcy wrote a great post this morning titled “Peter Carr Speaks“. I agree with almost all of it, if not all of it, but feel compelled to add a couple of things.

As to what the motivation of Carr and Mueller was, it is, at this date, unclear, despite the high handed and dismissive sudden reactive reportage of Devlin Barrett, Zapotsky and Demerjian at WaPo and Ken Dilanian of NBC/MSNBC. They have shown even less sources and credibility than Buzzfeed that they now conveniently and eagerly dismiss. Maybe the Mueller statement is a tad more nuanced and unknown than that.

As to what the target of the Mueller/Carr statement was, when Marcy says:

But I suspect Carr took this step, even more, as a message to SDNY and any other Agents working tangents of this case. Because of the way Mueller is spinning off parts of this case, he has less control over some aspects of it, like Cohen’s plea. And in this specific case (again, presuming I’m right about the SDNY sourcing), Buzzfeed’s sources just jeopardized Mueller’s hard-earned reputation, built over 20 months, for not leaking. By emphasizing in his statement what happened in “the special counsel’s office,” “testimony obtained by this office,” Carr strongly suggests that the people who served as sources had nothing to do with the office.

Yes, this looks almost certain from where I stand. Wasn’t the only aim of Carr’s arrow on behalf of Mueller, but was a rather large one.

Secondly, and since many media outlets and commenters are clacking about how the proof of Trump directly telling Cohen to lie is the end all and be all as to necessity for discussion, that is just wrong.

The record before the Buzzfeed article already established, through signed and accepted court filings, that Cohen indeed lied to Congress with the express intent of supporting the lies Trump was fostering.

That is not in dispute at this point. As to whether Trump personally ordered Cohen to do so, face to face, (and there is still a decent shot of that being true, but we do not know), that is not the end of the discussion legally.

First off, if those around Trump, (think lawyers and family, if not Trump himself), discussed and encouraged Cohen to lie to Congress, that is a huge problem for Trump. Let me remind people of one of the most basic definitional provisions in the criminal code, 18 USC §2:

(a) Whoever commits an offense against the United States or aids, abets, counsels, commands, induces or procures its commission, is punishable as a principal.

(b) Whoever willfully causes an act to be done which if directly performed by him or another would be an offense against the United States, is punishable as a principal.

So,  all of the nonsense by Rudy Guliliani is simply nonsense. That is without even considering conspiracy law and implications thereof.

Lastly, I would like to address the upcoming House Oversight Committee hearing Cohen is scheduled for on February 7. He was voluntarily appearing after restrictions Cummings and the Committee agreed to, purportedly, with Mueller. The ground has changed. Frankly,  I think the hearing this quickly was ill considered and premature grandstanding to start with, but now strikes me as nuts given the changed circumstances after the Buzzfeed piece, SCO brushback and Trump’s direct threats to Cohen’s extended family.

Given the aggressive nature of Trump’s followers, there is a credible threat to Cohen and his family. But, more than that, there is a threat to his credibility and usability as a witness in the future. The ranking member on the House Oversight Committee is the odious Jim Jordan. His other GOP minority members will undoubtedly fall in line to attack Cohen, especially after the vague pushback comment of Carr/Mueller last night. It is set up now as a clown show.

The hearing should either be affirmatively postponed by Cummings or withdrawn from by Cohen personally. There is nowhere near enough good that can come from Cohen’s appearance, and a lot to lose for both him and Mueller given the shitshow that the GOP members will bring to the affair. Cancel that February 7 hearing and testimony. Just do not do it.

[For the record, I originally lodged this as a comment on Marcy’s post, but for unrelated reasons, thought the points about criminal liability and conspiracy needed to be included in a separate post, and did not wish to step on hers at the time.]