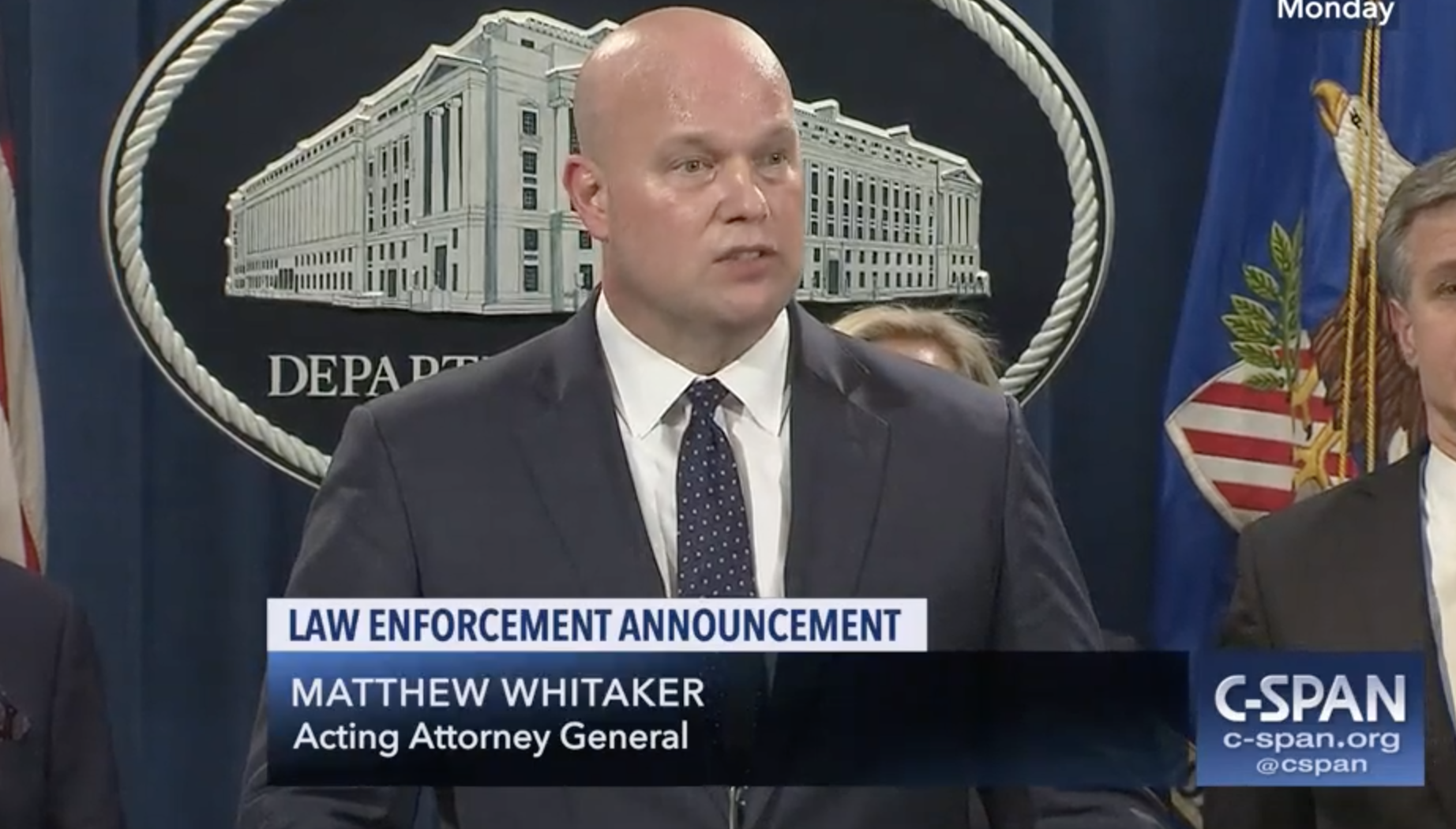 You know, I’ve been fully briefed on the investigation. And I look forward to Director Mueller delivering the final report. And I’m really not going to talk about an open and on-going investigation otherwise. But, you know, sort of the statements that I’ve made were as a private citizen, only with publicly available information. Um, I am comfortable that the decisions that were made are going to be reviewed. You know, either, through the various means we have. But right now the investigation is, I think, close to being completed. And I hope that we can get the report from Director Mueller as soon as we can–as soon as possible.

Ken Dilanian, who recently had a “scoop” that Mueller may submit his “report” by mid-February, tweeted the comment over and over. Devlin Barrett, who recently suggested the slapdown of the BuzzFeed story reporting that Trump “directed” Michael Cohen to lie to Congress was a complete rebuttal of that story said that, “this has been guessed at, hinted at, and suggested before, but it has not been said by any senior official before. it’s a big deal.”

Mueller is still pursuing information from the Mystery Appellant. He is still pursuing testimony from Roger Stone associate Andrew Miller. Indeed, in the wake of Stone’s indictment, Mueller told Miller’s attorney they still want that testimony to support additional charges.

A defense attorney for Andrew Miller, who’s fighting a subpoena from Robert Mueller’s investigation into Russian interference in the 2016 election, learned Monday afternoon that the special counsel still wants witness testimony for a federal grand jury.

Paul Kamenar, the defense attorney, says the assertion from Mueller’s team made clear to him that Mueller and the Justice Department are considering an additional indictment of Roger Stone or have plans to charge others.

And, of course, FBI seized a bunch of evidence from Stone on Friday. William Barr will soon be confirmed as Attorney General, alleviating one of the only reasons (because he’s not reporting to a Senate confirmed official) why Mueller’s authority to indict people might not be sound.

I’ve been told by people who have key witnesses as sources that Mueller is close to the end of his investigation. But their reports sound nothing like what the Big Dick Toilet Salesman or reporters relying on him as a source said yesterday.

But even if Mueller is close to being done, reports from a Big Dick Toilet Salesman that this is heading towards a report should be taken as the statements of a man hired to make statements like this. The actual evidence suggests that Mueller is still pursuing damning conspiracy indictments.