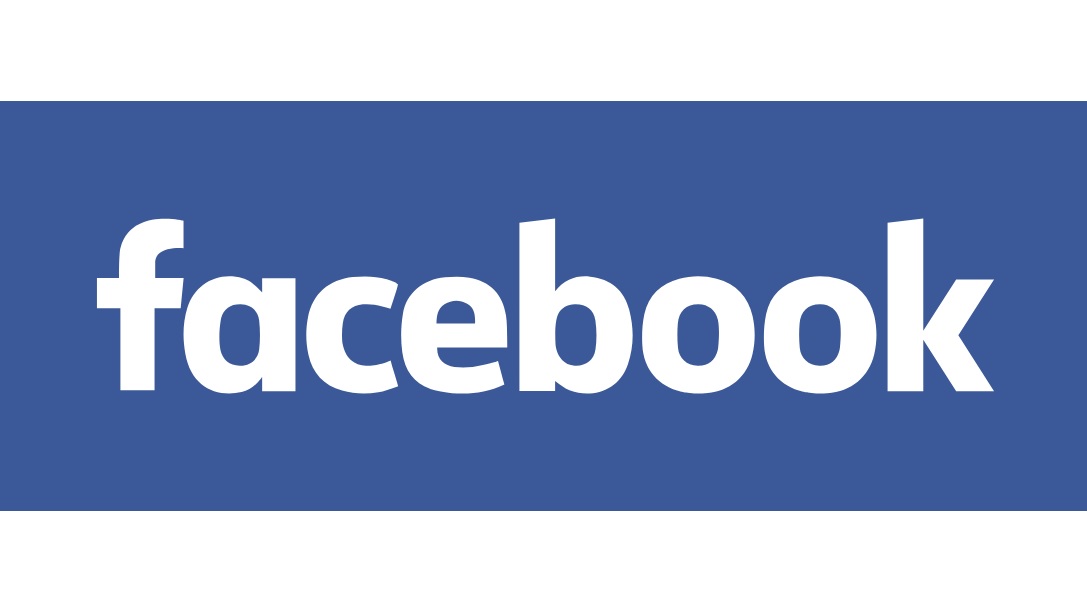 Facebook has been in the news a lot this last two weeks with regard to its sneaky surveillance of competitors and users by paying teens for their data as well as its 15th anniversary.

But that’s not what this essay is about.

This is about the 2016 election and in particular a claim I thought was peculiar when it was first reported.

It struck me as odd at the time because

It’d already struck me as bizarre that Trump wasn’t using traditional campaign media practices to reach his base. He wasn’t spending money on ad buys and other media like a new-to-politics candidate would. The commercial media was all over him providing him enough coverage that he didn’t have to buy more. Media coverage of Trump suffocated the rest of the GOP field in addition to swamping coverage of Democrats’ primary race.

So why were these contract editors/curators complaining about Facebook’s bias if so much of the media was focused on a Republican candidate?

Gawker, as you may recall, had been under siege by billionaire Peter Thiel after its founder Nick Denton had allowed Thiel’s sexuality to be outed in an Valleywag article. Thiel helped former professional wrestler and celebrity Terry Bollea, a.k.a. Hulk Hogan, sue Gawker for invasion of privacy, intentional infliction of emotional distress, negligent infliction of emotional distress, publication of private matter, and violation of the right to publicity. Gawker ultimately lost the case in March 2016 in a Florida court; it filed bankruptcy on June 10.

When Gawker lost to Bollea it was clear the media outlet suffered a mortal blow. Bollea won $115 million in compensatory damages and $25 million in punitive damages and Gawker didn’t have that much in cash or assets. It was only a matter of time before Denton would either fold or sell Gawker.

Why would Facebook’s contract editors reach out to an affiliate of troubled outlet Gawker? Facebook was the largest social media platform in the U.S.; why wouldn’t they have gone to a major U.S. newspaper instead of beleaguered Gawker?

One reason could have been Gawker’s financial vulnerability. A hungry outlet might publish any clickbait-y story when they have little to lose but paychecks.

Another reason might be inexperience. The reporter/editor whose byline appears on the Facebook stories didn’t have years-deep experience in technology reporting, unlike folks at competing dedicated technology journalism outlets. The journalist joined the organization in January 2016 and stayed with Gizmodo through Gawker’s subsequent acquisition; they left for another technology outlet mid-2017. Were they approached by sources because they were relatively inexperienced and working at a distressed outlet?

The journalist’s departure doesn’t appear to be neutral based on the observation a Gizmodo sister outlet, io9, published on his exit (cached copy). Perhaps it was a grumbly “break a leg” farewell a la Larry Darrell’s character in The Razor’s Edge (1984), but this doesn’t appear to be a regular practice at Gizmodo or other Gawker affiliates.

Once Gizmodo published the story, other outlets picked it up and repackaged it as original content. The New York Times stepped in and did more digging, treating this almost like Clinton’s emails with five pieces on Facebook and political bias inside May alone:

The story of Facebook’s alleged anti-conservative bias in news editing exploded with a huge push by NYT. (It didn’t stop in May; NYT published at least four more pieces before the election focused on Facebook and political bias though not all reflected negatively on Facebook.)

One outlet published a story based on Gizmodo’s second story seven hours after Gizmodo: the Observer, formerly known as The New York Observer, a small print and online media outlet based in New York city.

At the time it ran its story on Facebook’s alleged bias, it was owned by Jared Kushner.

The media editor’s story at the Observer noted the Gizmodo story trended on Facebook. 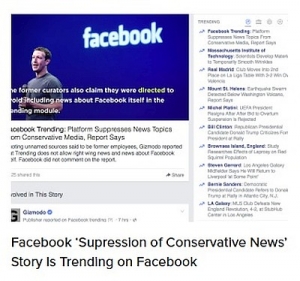 ‘Facebook ‘Supression of Conservative News’ Story Is Trending on Facebook‘ published at 5:15 p.m. (assume this was local time in NYC).

Was it possible the Gizmodo article had been elevated by conservative news outlets and blogs rather than normal Facebook users’ traffic from reading the article itself, especially if the contract editors on assignment that day were still applying anti-conservative filters as alleged?

The last update to the Gizmodo article included this excerpt from a statement by Vice President of Search at Facebook, Tom Stocky:

…There have been other anonymous allegations — for instance that we artificially forced ‪#‎BlackLivesMatter‬ to trend. We looked into that charge and found that it is untrue. We do not insert stories artificially into trending topics, and do not instruct our reviewers to do so. …

If Facebook could not detect foreign interference at that time — and it was known by September 2017 the Black Lives Matter content on Facebook had been elevated by Russian troll bots — would Facebook have been able to detect any artificial elevation of the Gizmodo stories?

Was it possible pro-conservative contract editors set up this scenario in order to skew Facebook’s content so that it would be easier for the Russian Internet Research Agency to amplify what appeared to be conservative content?

Or were the Gizmodo articles used to identify conservative outlets based on their liking the article?

Or was this scenario a proof-of-concept revealing Facebook’s inability or unwillingness to detect artificial manipulation of content?

Was it possible the Observer’s media page had been prepared to cover this development long before other east coast and national news outlets?

The timing of the Gizmodo stories is awfully convenient:

03-MAY-2016 — Gizmodo article published: Want to Know What Facebook Really Thinks of Journalists? Here’s What Happened When It Hired Some.

09-MAY-2016 — Gizmodo updated article noting the piece had begun to trend with pickup by conservative sites; time of update not specified.

10-MAY-2016 — Gizmodo adds final update at 8:10 a.m. with a statement from Facebook denying again any suppression by political ideology.

17-MAY-2016 — Guardian-US published an op-ed by a Facebook contract curator pushing back at earlier Gizmodo stories. The article does not stop a steady number of stories repeating the earlier claims of anti-conservative bias.

And by the end of May the race for media coverage isn’t a fight on the right among a broad field of GOP candidates but just Trump against Hillary Clinton and Bernie Sanders for the next 10 days. 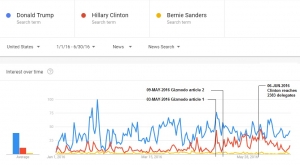 The too-convenient timing creates so many questions. It’d be nice to know if Facebook traffic showed an uptick of troll or bot interest promoting the Gizmodo story but Facebook has been less than forthcoming about traffic even though its business integrity was questioned.

It’d also be nice to know if the Observer had been tipped off ahead of the Gizmodo story trending and if the Observer’s report had other connotations apart from being a random story about social media.

But just as the Gizmodo journalist/editor who wrote the May 3 and May 9 stories moved on, the Observer journalist left their job, departing in late July 2016.

And the names of the Facebook curators/editors never appeared in subsequent coverage. Non-disclosure agreements may be the reason.

The kicker is another interesting bit of timing bookending Gizmodo’s stories:

08-JUN-2016 — A fake American identity posted a link in Facebook to a Russian GRU-associated website, DCLeaks, sharing content stolen from American servers including the DNC. The site “had gone live a few days earlier,” sharing small amounts of hacked material.

By the time DCLeaks’ content was promoted by a fake account, the conservative commentariat from news sites to blogs had been primed to watch Facebook for a change in their coverage and Gawker as we’d known it under Nick Denton was on life support.

One other oddity about the Gizmodo stories about Facebook’s biased curation and the Observer piece observing Gizmodo’s Facebook pieces?

Trump’s name isn’t mentioned once in any of the three articles though his name had swamped all other media.

The WaPo Scoop on the DNC Hack (Temporarily) Killed the Trump Tower Deal A Focus on Florida: What Happened to the Three Campaign Officials Chatting with...