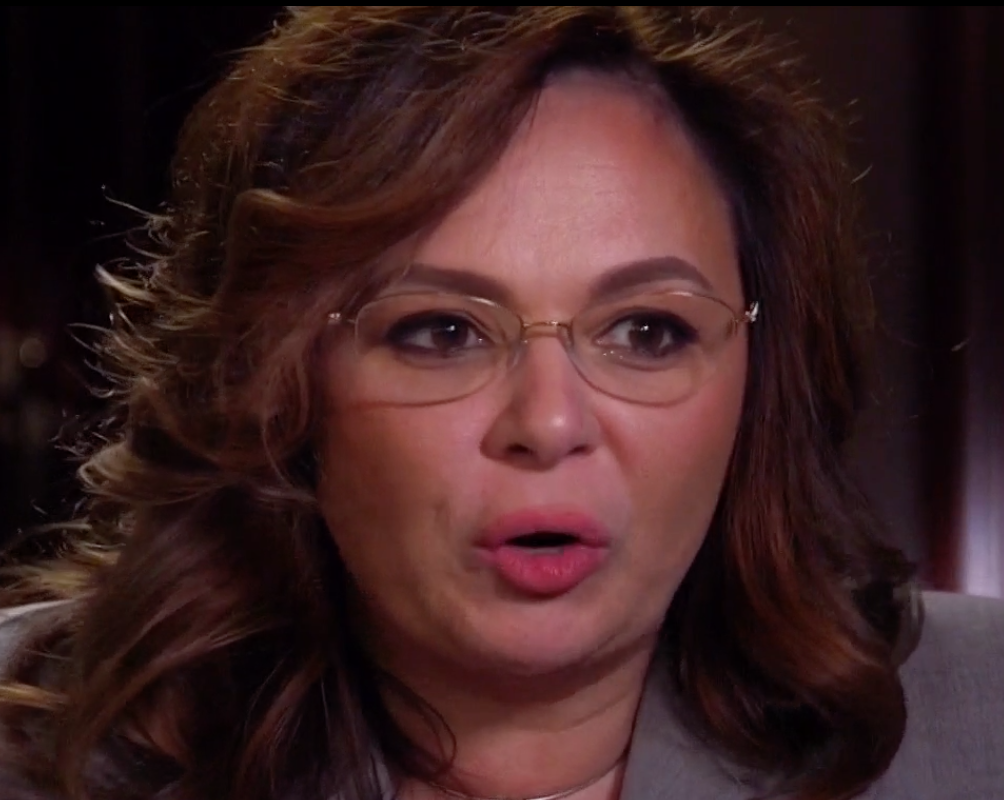 Given reports that Mueller will “report” imminently, I’m not sure I’m going to finish the second version of my Quid Pro Quo series laying out the evidence of a conspiracy between the Trump campaign and Russia trading campaign help and real estate deals for sanctions relief (here’s the initial series; here’s the first post of this second series). But I’d like to make a point as a way of showing that Amy Berman Jackson deemed Paul Manafort’s August 2, 2016 meeting with Konstantin Kilimnik to be evidence of a link between the Russian government and the campaign.

We know of at least five conversations at which various people entered into what I describe as a quid pro quo conspiracy:

The key conversations in this conspiracy, it seems to me, are the middle three: the June 9 Trump Tower plus dirt for sanctions relief agreement, the August 2 election assistance for sanctions agreement, and the December 29 reassurance that Trump would revisit Obama’s sanctions. The involvement of the Russian government in the fourth one — with Sergey Kislyak and Mike Flynn on a series of phone calls relaying messages back and forth between Putin and Trump — is obvious (as it is for the first and fifth).

It’s the other two where, in recent months, the government has solidified its proof of direct Russian government involvement.

They did so for the June 9 meeting on December 20 when they charged Natalia Veselnitskaya with obstruction of justice. The indictment alleges that an MLAT request served on the Russian government in the Prevezon case was actually drafted by Veselnitskaya. As Joshua Yaffa argued after the indictment was unsealed on January 8, the indictment will probably never result in prison time for Veselnitskaya but it does substantiate a claim that she is an agent of Russia.

In short, the U.S. Attorney’s office alleges that a document that was ostensibly prepared by the office of Russia’s general prosecutor and sent to its counterparts in the U.S. Department of Justice was in fact drafted, or at least edited, by Veselnitskaya herself, who then went on to cite the document as independent proof of her version of events. In this manner, the U.S. Attorney’s office alleges, “Veselnitskaya obstructed the civil proceeding in the Prevezon action then pending in this District.”

Veselnitskaya is unlikely ever to return to the United States. This means that U.S. prosecutors are probably less interested in this particular, narrow matter than in what filing charges allows them to do going forward. “If the government wants on record that Natalia is a Russian government agent, this indictment serves this purpose,” the former member of the Prevezon defense team told me. That is to say, if and when charges are filed in relation to the Trump Tower meeting, prosecutors now have a building block on which to argue that, in her actions in the United States, Veselnitskaya did not represent merely herself and her client but the interests of Russian officials. That should worry Donald Trump, Jr., and Jared Kushner, who attended the meeting with Veselnitskaya, and, in turn, the President himself.

So when Don Jr told Veselnitskaya on June 9, 2016, that Trump would revisit sanctions if he won, he was effectively telling an agent of the Russian government that.

While the redactions require logic to demonstrate the case, Amy Berman Jackson’s explanation of her breach decision shows she believes that Konstantin Kilimnik — regardless of his alleged ties to the GRU — served as a link to the Russian government at that August 2 meeting.

Early on in the hearing, while ruling that she regards Manafort’s attempts to backtrack on his confession to conspiring with Kilimnik to witness tamper in 2018 to be bad faith but not proven, she questions Manafort’s loyalties while calling Kilimnik his “Russian conspirator.”

To me, this is definitely an example of a situation in which the Office of Special Counsel legitimately concluded he’s lying to minimize things here, he’s not being forthcoming, this isn’t what cooperation is supposed to be. This is a problematic attempt to shield his Russian conspirator from liability and it gives rise to legitimate questions about where his loyalties lie.

When she turns to the two-fold lies about Manafort’s ongoing meetings with Kilimnik (which starts on page 28, line 2), here’s what ABJ judges, up to the point where she talks about whether Kilimnik is a tie to Russia:

The discussion of whether Kilimnik amounts to a tie to Russia starts on 36; it is a response to Manafort’s attempt to disprove that this exchange is material by arguing that Mueller has alleged, but not proven, that Kilimnik has ties to Russian intelligence (which suggests not even Manafort is claiming that these events don’t amount to a tie with Russia). ABJ starts that discussion by moving directly from describing (in a heavily redacted passage) who the intended recipients of the data were to the Russian question.

Also, the evidence indicates that it was understood that [redacted–poll data] would be [redacted] from Kilimnik [redacted] including [redacted], and [redacted]. Whether Kilimnik is tied to Russian intelligence or he’s not, I think the specific representation by the Office of Special Counsel was that he had been, quote, assessed by the FBI, quote, to have a relationship with Russian intelligence, close quote.

The only way that ABJ would make that transition, logically, is if the descriptions behind some of those redactions are Russians. If they were just the Ukrainian oligarchs the NYT claims they were, this entire passage — and Manafort’s attempted rebuttal of them (that is, to deny its import because Kilimnik himself has no ties to Russian intelligence) — makes zero sense.

Having made that transition, ABJ then lays out why she doesn’t have to determine whether Kilimnik is himself Russian intelligence to determine that he does amount to a tie to the Russian government.

Whether that’s true, I have not been provided with the evidence that I would need to decide, nor do I have to decide because it’s outside the scope of this hearing. And whether it’s true or not, one cannot quibble about the materiality of this meeting.

In other words, I disagree with the defendant’s statement in docket 503, filed in connection with the dispute over the redactions, that, quote, the Office of Special Counsel’s explanation as to why Mr. Manafort’s alleged false statements are important and material turns on the claim that he is understood by the FBI to have a relationship with Russian intelligence.

I don’t think that’s a fair characterization of what was said. The intelligence reference was just one factor in a series of factors the prosecutor listed. And the language of the appointment order, “any links,” is sufficiently broad to get over the relatively low hurdle of materiality in this instance, and to make the [redaction] Kilimnik and [redaction] material to the FBI’s inquiry, no matter what his particular relationship was on that date.

From there, ABJ dismisses the defense claim that because Kilimnik made comments about various loyalties (possibly to the press, possibly to the State Department), he couldn’t be Russian intelligence. She even suggests that an email sent on August 18, 2016, at a time when Manafort’s ties to Ukraine were becoming incredibly toxic, may not be all that reliable. She notes the timing: “Manafort was gone the next day.”

Having dismissed that claim, ABJ then judges that “Manafort made intentional false statements to the FBI and the grand jury with respect to the material issue of his interactions with Kilimnik, including, in particular, [redacted; this must either be a reference to the August 2 meeting generally or the sharing of polling data].

But then ABJ makes a more general statement, having reviewed the multiple efforts Manafort made to obscure his relationship with Kilimnik. In it, she repeats again that he is a link to Russia, whether or not he’s an active spy.

On that note, I also want to say we’ve now spent considerable time talking about multiple clusters of false or misleading or incomplete or needed-to-be-prodded-by-counsel statements, all of which center around the defendant’s relationship or communications with Mr. Kilimnik. This is a topic at the undisputed core of the Office of Special Counsel’s investigation into, as paragraph (b) of the appointment order put it, Any links and/or coordination between the Russian government and individuals associated with the campaign.

Mr. Kilimnik doesn’t have to be in the government or even be an active spy to be a link. The fact that all of this is the case, that we have now been over Kilimnik, Kilimnik, and Kilimnik makes the defense argument that I should find the inaccurate statements to be unintentional because they’re all so random and disconnected, which was an argument that was made in the hearing, is very unpersuasive.  [my emphasis]

To have ruled this conversation material, ABJ rules that Kilimnik (especially the sharing of this polling data, seemingly) amounts to a link with the Russian Government, whether or not he has ties to Russian intelligence. And note, this is a link to the Russian government, not just a link to a Russian like Oleg Deripaska.

We don’t know why that is so; it seems like it relates to the recipients of this polling data. But we know she considers him one, according to the preponderance of the evidence she has seen.

Mind you, if this is all moving just to a report claiming such a conspiracy, but stopping short of charging one, then it may not matter all that much.

But for the three main exchanges in which Trump flunkies entered into agreements that form part of a larger conspiracy, at least one key player has been deemed to have a tie to the Russian government this year (and of course the other two exchanges — Cohen to Peskov and Prince to Kirill — also have obvious Russian government involvement).

On Mueller’s Choice Not to Elaborate on Paulie’s Lies Back to School: Planning for Climate Change Activism Success