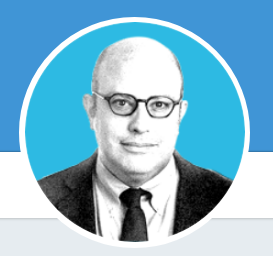 I haven’t really engaged in the serial debate over what Ilhan Omar or Rashida Tlaib should be permitted to say without being accused of anti-Semitism. Yes, as Muslim women, they are being selectively targeted, even as the President and Steve King make blatant racist comments with less pushback. But at least from afar, my sense was that the serial efforts to silence them have backfired, delineating (even as Bibi Netanyahu desperately shifts further right in a bid to retain power while being prosecuted for being a criminal sleaze) both the degree to which Congress has lagged the country in recognizing areas where Israel can and should be criticized and the degree to which a goodly number of American Jews agree with that. Omar and Tlaib will weather these attacks, I figure, and in the process, a lot of apology for Israeli human rights abuses will be exposed.

That was before I saw this astonishing column from Eli Lake. His specific attack — the purported complaint justifying the column — is that Omar has said, in several ways, that Israel has too much influence in Congress.

In response to a tweet from Representative Nita Lowey of New York, Omar explained that she “should not be expected to have allegiance/pledge support to a foreign country in order to serve my country in Congress.” The implication was that supporters of Israel in Congress were more loyal to the Jewish state than to America. The tweet followed an appearance at a Washington bookstore where she said she just wanted to talk about the influence of Israel on Congress without being called anti-Semitic.

Before he gets there, though, he rehearses past statements Omar has made that rightly were deemed tin-eared, but were also complaints about the influence of Israel in Congress.

That followed a tweet she sent last month suggesting that congressional support for Israel is “all about the Benjamins.”

Sensing a pattern? Omar has already had to apologize twice for her comments about Israel and its lobby. She didn’t know, she said, that saying Israel had hypnotized the world into accepting its war crimes might be offensive to Jews. She didn’t understand, she explained, how vile it is to say that members of Congress vote in favor of Israel because they are paid off. She says she opposes anti-Semitism but will not be silenced when it comes to the Jewish state’s pernicious efforts to shape U.S. foreign policy.

And before Eli Lake gets there, he first accuses elected Congresswoman Ilhan Omar — who, after all, is asking for a more balanced debate on Middle Eastern issues — of (!!!) “self-appointed policing of the national interest.” [my emphasis]

Now, before I go back and look at the truly disgusting accusation Lake makes of Omar because she opines that Israel has too much influence in Congress (Lake, down in paragraph nine, ultimately admits “criticism of the pro-Israel lobby is not in and of itself anti-Semitic”), let me talk about why it is so absurd that Lake, of all people, is making this attack.

Let’s pretend for the moment (I don’t agree, at all, but just for sake of debate) that Omar’s critics are right: that the language that she uses to criticize Israel’s influence on Congress continues to be anti-Semitic, which devalues her argument that Israel exercises detrimental influence in this country.

Now let’s consider how that argument comes from Eli Lake.

The second time was when Trump’s pick to be National Security Advisor, at a time when he was under active counterintelligence investigation for his ties to Russia, and at a time when he had not registered for serving as an agent of the state of Turkey, called up Russia’s ambassador to ask him to undercut the stated foreign policy position of then President Obama.

On or about December 22, 2016, a very senior member of the Presidential Transition Team directed FLYNN to contact officials from foreign governments, including Russia, to learn where each government stood on the resolution and to influence those governments to delay the vote or defeat the resolution.

As Lake himself reported, this Jared Kushner-led effort was coordinated with Bibi Netanyahu, whose lackeys were sharing their own intelligence to try to defeat the stated policy of the Administration at the time.

This was the context of Kushner’s instruction to Flynn last December. One transition official at the time said Kushner called Flynn to tell him he needed to get every foreign minister or ambassador from a country on the U.N. Security Council to delay or vote against the resolution. Much of this appeared to be coordinated also with Israeli prime minister Benjamin Netanyahu, whose envoys shared their own intelligence about the Obama administration’s lobbying efforts to get member states to support the resolution with the Trump transition team.

Now, not only did Mike Flynn (who was raised Catholic) call up the Russian Ambassador to try to thwart the policy of the United States, but he did so after someone in Trump’s transition told Obama that they would not undercut Obama’s policies before inauguration. When Flynn was asked about doing so by the FBI, he lied.

Those two attempts to hide this effort makes it a clandestine effort, backed by the intelligence of a foreign nation, to undercut the stated policy of the United States.

I mean, Devin Nunes was also upset that the Obama Administration caught Flynn and others trying to monetize policy considerations with the Emirates. But the 2017 panic over unmasking — sown largely by Eli Lake — has to do with Flynn and others being exposed for clandestinely working with foreign governments to undermine the stated policy of the US, and — at times in conjunction with that effort — to cash in on doing so.

According to Nunes as relayed by his scribe Eli Lake, the second unmasking panic built on an earlier one. The earlier one pertained (in part) to Israel sharing the intelligence it had collected by spying on Americans with Americans in an effort to undercut the policy of the President of the United States pursuing a peace deal with Iran.

Stepped-up NSA eavesdropping revealed to the White House how Mr. Netanyahu and his advisers had leaked details of the U.S.-Iran negotiations—learned through Israeli spying operations—to undermine the talks; coordinated talking points with Jewish-American groups against the deal; and asked undecided lawmakers what it would take to win their votes, according to current and former officials familiar with the intercepts.

As the WSJ (which Lake endorsed during our Twitter spat on this) laid out, unlike the Mike Flynn intercepts, the Obama Administration did not specifically ask for NSA to unmask any members of Congress; it let NSA decide what needed to be shared to make sense of the intercepts. But what NSA did share revealed how Israel was lobbying Congress to get votes to undercut the Administration. The intercepts also revealed which Israelis who had been privy to US classified briefings were leaking that information.

Netanyahu to deliver a speech to a joint session of Congress. A day later, Mr. Boehner called Ron Dermer, the Israeli ambassador, to get Mr. Netanyahu’s agreement.

Despite NSA surveillance, Obama administration officials said they were caught off guard when Mr. Boehner announced the invitation on Jan. 21.

Soon after, Israel’s lobbying campaign against the deal went into full swing on Capitol Hill, and it didn’t take long for administration and intelligence officials to realize the NSA was sweeping up the content of conversations with lawmakers.

The message to the NSA from the White House amounted to: “You decide” what to deliver, a former intelligence official said.

The NSA reports allowed administration officials to peer inside Israeli efforts to turn Congress against the deal. Mr. Dermer was described as coaching unnamed U.S. organizations—which officials could tell from the context were Jewish-American groups—on lines of argument to use with lawmakers, and Israeli officials were reported pressing lawmakers to oppose the deal.

A U.S. intelligence official familiar with the intercepts said Israel’s pitch to undecided lawmakers often included such questions as: “How can we get your vote? What’s it going to take?”

In other words, this earlier panic was handled the way surveillance is; it only became a problem because so many members of Congress, from both parties, were being caught up in calls with Bibi or his minions. That is, it only became a panic because Israel so aggressively and confidently believes it can bend the will of Congress.

Which seems to be Omar’s point.

Which is why this thread started with me mocking that the chief scribe for Nunes’ complaints that Bibi’s efforts — in both 2014 and 2016 — to undermine the stated policy of the United States got picked up by the NSA.

After that, he spent the day complaining (seven times!) that I was writing a post on a breaking surveillance issue and doing an hour long conference call on surveillance, rather than explaining why spying on Bibi (and suspected foreign agent Mike Flynn) undermining stated US foreign policy wasn’t a civil liberties issue.

I hope you can see how Eli Lake, of all people, is not very persuasive in suggesting that Ilhan Omar’s views — that Israel has too much influence over Congress — must be silenced.

And Eli Lake, the chief scribe attempting to portray pretty exceptional efforts by Bibi Netanyahu to get Christians like Devin Nunes and Mike Flynn and Tom Cotton to undercut the stated policy of the US, doesn’t just scold elected Representative Ilhan Omar for being her, quote, “self-appointed policing of the national interest.” He also likens her — by spinning what his own actions prove to be Israel’s exceptional influence over Congress generally, including Christians — to David Duke.

Here is a Somali-American refugee success story, a woman who embodies the American ideal of citizenship not based on race, creed or religion. And yet, in barely two months in office, the Minnesota Democrat has repeatedly questioned the loyalty of Zionists.

Historically this kind of thing has been associated with the ugly nativist strain of American politics. David Duke famously called the federal government the ZOG, for Zionist-Occupied Government. A similar note was sounded by Pat Buchanan, who once called Congress Israel’s “amen corner.” More recently one finds this sentiment on the left: A few years back, the Center for American Progress parted ways with a few bloggers after they used the term “Israel Firster” to describe pro-Israel members of Congress.

I wouldn’t consider Devin Nunes or Mike Flynn or Tom Cotton to be Zionists at all (though Cotton is definitely a Neocon). But somehow Lake spins what his very career proves to be the case — that Israel exercises a great deal of influence in DC — to suggest Somali-American Omar is a nativist.

From anyone else, this would just be a stupid racist attack. But coming from Lake it is parody that nevertheless proves Omar’s point better than almost anything else could.