The Assange Indictment and The Rule of Specialty 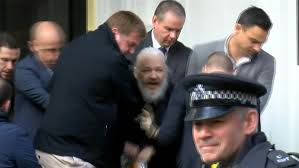