On the Curious Timing of Daniel Everette Hale’s Arrest 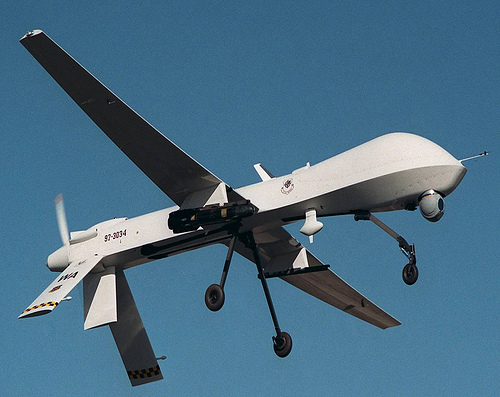 By all appearances, the FBI executed a search on the home of Daniel Everette Hale, an intelligence analyst the government has accused of being Jeremy Scahill’s source for his Drone Papers reporting, on August 8, 2014. In the search, they found a thumb drive with a PowerPoint on drone operations that he had printed off at work over five months earlier.

By that time, Hale had already printed out all 23 documents, unrelated to his work at Leidos, that are charged in his indictment. He also had an unclassified document he printed off at work on his home computer. He had a separate thumb drive with Tails on it, the operating system that the Intercept recommended users use to share files. Somewhere along the way, the government obtained Hale’s location data.

The August 2014 search was done a month after the Intercept published — in July 2014 — the first of the documents Hale printed out, and fourteen months before the Intercept first published that drone war PowerPoint, in October 2015. So the entire time the Intercept was publishing these documents, the government had solid evidence on who their suspected source was.

By the time FBI did that search, Hale had been in contact with Scahill — in largely unsecure form — for fifteen months. Even before Hale left the Air Force in July 2013, Hale had done a Google search on the NSA unclassified computer assigned to him for details on Scahill’s Dirty Wars book tour. He attended an event at Politics and Prose that month, and told a “confidant” he had met Scahill, who wanted to tell his story. Hale played a public role in some of Scahill’s events about the US war on terror. They emailed (including about Edward Snowden) through the summer and spoke at least once on the phone.

It wasn’t until September 2013 that Scahill and Hale switched to Jabber (but even there, the government has evidence of at least three of their Jabber chats before Hale started printing off files from work), perhaps because Hale at least once texted Scahill about getting on Jabber, apparently the day before he printed out a bunch of drone war documents.

All that suggests that, as soon as a month after the Intercept first published documents from Hale, the government had all the same evidence they’ve shown in this indictment substantiating the very strong case that Hale was Scahill’s source.

That was almost five years ago (the statute of limitations for the 793 Espionage Act crimes with which they’ve charged Hale is 10 years).

Just as curious, the government indicted Hale (in EDVA, based off work Maryland FBI Agents did) on March 7, apparently with a newly installed grand jury. The indictment has been sealed since then, waiting for Hale’s arrest in Nashville.

It is not at all surprising that the government indicted Hale. Even under the Obama Administration’s aggressive prosecutions of whistleblowing leakers, the case would be among the type they prosecuted (even though the drone documents he allegedly leaked exposed really damning details about a dysfunctional side of our war on terror, so the prosecution might have embarrassed Obama). The Trump Administration has gotten even more aggressive with journalists.

According to his criminal cover sheet, Hale is represented by Abbe Lowell who, along with being Jared Kushner’s lawyer, is also one of the best lawyers in the country on defending leak cases.