There Are More Charges Pending for George Nader or an Accomplice

On July 19, the government moved to unseal a bunch of search warrants involved in the investigation of George Nader. Among other things, the warrants revealed that Mueller originally obtained warrants for one of Nader’s Gmail accounts and a Hotmail account associated with his work on November 30, 2017.

That’s … remarkable timing. It suggests he may have gotten tipped off. 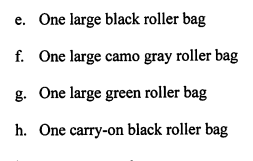 That’s totally inconsistent with Nader’s claimed explanation for returning to the US, which was to consult with a heart doctor. Remember: he returned just days after Mueller officially closed up shop.

Finally, there’s this interesting detail from the government response to the judge’s order asking what had to remain sealed in Nader’s case.

The United States does not believe that any of the documents (other than those portions involving the health status of the Defendant and noted by his counsel) identified in the docket under the caption indicated above need to remain under seal.

Though it is not directly responsive, as the Court is aware, the government has successfully sought to unseal a number of search warrants that were authorized by the U.S. Magistrate Judges in this Court in this matter. See Dkt. 71. However, there are a number of search warrants and affidavits that involve charges and subjects beyond that contained in the current Indictment. While the defense in this matter will be given access to these documents and the subsequent materials obtained pursuant to this Court’s Discovery Order and Protective Orders, they should remain under seal until the investigations are complete for the reasons set forth in the original sealing orders obtained.

Or it may pertain to something more interesting, such as his pitch to have PsyGroup help Trump get elected.

November 30, 2017: Mueller obtains warrants for one of Nader’s Gmail accounts and a work-related Hotmail account.

March 5, 2018: iPhone 7 files saved to hard drive for referral to EDVA (where the files were illegally transported).

June 3, 2019: Nader returns to the US, ostensibly for a heart surgeon consult, but with four suitcases.