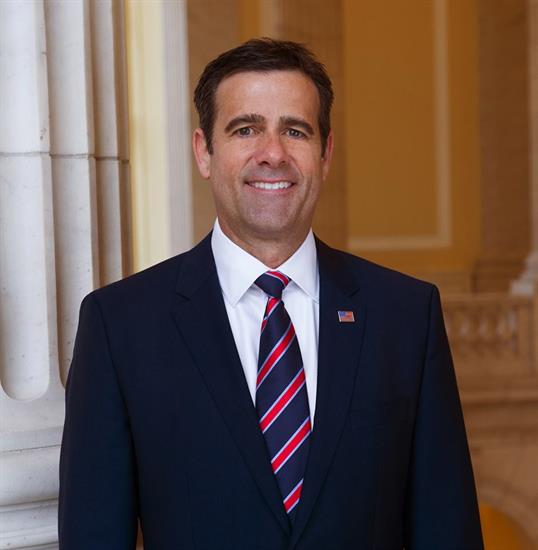 Garrett Graff argues that, even given the list of indicted or otherwise disgraced former Trump officials, John Ratcliffe may be Trump’s most alarming personnel decision. I don’t disagree that the Ratcliffe decision is dangerous. But Graff’s argument made me realize something else about the pick. Ratcliffe is dangerous because he may render the entire intelligence apparatus useless, but useless for a purpose it is not currently supposed to serve.

Graff describes, accurately, what the purported function of the Intelligence Community is: to provide the President with the best possible information that he will use — the assumption goes — to make the best possible decisions for our country.

The biggest danger Ratcliffe poses is to the integrity of the job of director of national intelligence in the first place; the core principle of the intelligence professional is to speak truth to power.

The US spends $60 billion a year on the nation’s intelligence apparatus, a workforce of tens of thousands ranging from CIA officers and FBI agents to NSA cryptologists and hackers, NGA analysts, interpretation experts at the NRO, financial wizards at the Treasury Department’s Office of Intelligence and Analysis, and much more.

All of that money and all of those workers share a simple uniting goal: To ensure that the president of the United States is, in every conversation and decision, the most informed, knowledgeable, best-prepared person in the room. They enable the president and his advisors to anticipate problems and opportunities; understand the mind, decision-making, and internal pressures of foreign leaders far and wide; know from satellites overhead, cables underground, and agents in the field what’s happening the world over—and why.

It’s odd, when you think about it, that you can have this enormous bureaucracy and the sole justification for it all, in statute, is to make the President smart. That’s not even practically how it works anymore — so many people in and outside that bureaucracy make decisions based off their work, and Congress increasingly relies on it too, that that justification seems rather odd when laid out like that. But that is what the legal justification remains.

Having laid out that accurate justification, Graff argues, correctly, that Ratcliffe’s record as a toady for Trump means he won’t speak truth to power as Dan Coats has at key times.

With a president so divorced from daily reality as Trump, it’s all the more important to fill the role of DNI with someone whose first duty is to puncture the Fox News fever swamp bubble that surrounds the White House, and provide real facts, grounded analysis, and ensure—to whatever extent possible—that the information that flows into the Oval Office and the decisions that flow out of it are informed and strategic.’

This is, technically, the problem, at least if you buy all the arguments about the function of the IC. If Ratcliffe shades the intelligence and tells Trump what he wants to hear, rather than what the IC believes to be true, then Trump’s decisions won’t be as rigorous.

Except if all that’s true — if the most important role of the DNI is to accurately convey the true intelligence the IC has created — then it doesn’t much matter who Trump appoints. That’s because it doesn’t matter whether Trump hears the truth or not, he doesn’t use intelligence anyway. He’s going to do what his gut and Fox News tells him to do, regardless of whether it flies in the face of reality. Hell, much of the GOP will go along these days, including our Fox saturated Attorney General, who has in less obvious but no less dangerous ways lost his grip of a reality independent of the Fox bubble.

What Graff seems to suggest is that Coats currently serves as a signal to the rest of us, a siren letting us know what reality is and when the President is defying it with his policy choices. When Coats tells us North Korea will continue to pursue its nuclear program in spite of all the photo ops the President stages, it’s providing us a tool to say he’s wrong, but it’s doing little (outside of Congress) to force the President to adopt a policy on North Korea based on what Kim Jong Un will actually do.

Those are all dangerous things. But that they present the real threat to the Ratcliffe appointment, they signal that the IC doesn’t actually serve the purpose laid out in statute anymore and that — especially in the wake of the Iraq War debacle (in the wake of which the DNI position was created, as a way to avoid similar catastrophes in the future) — the public has grown to expect the IC to serve as a measure of whether the President has spun free of reality (Obama did this most notably on Syria and Afghanistan).

There’s a hope, I think, that the IC can save us all from being forced to live in Trump and Ratcliffe and Bill Barr’s Fox News bubble, or at the very least, bringing Trump back from the bubble into reality.

If that’s really what purpose we expect it to serve, we need a dramatically different IC than we currently have.

John Ratcliffe’s Lies about His Time at DOJ Raise New Questions about... Federal Judge Destroys the Hopes of RICO Salvation in DNC Lawsuit