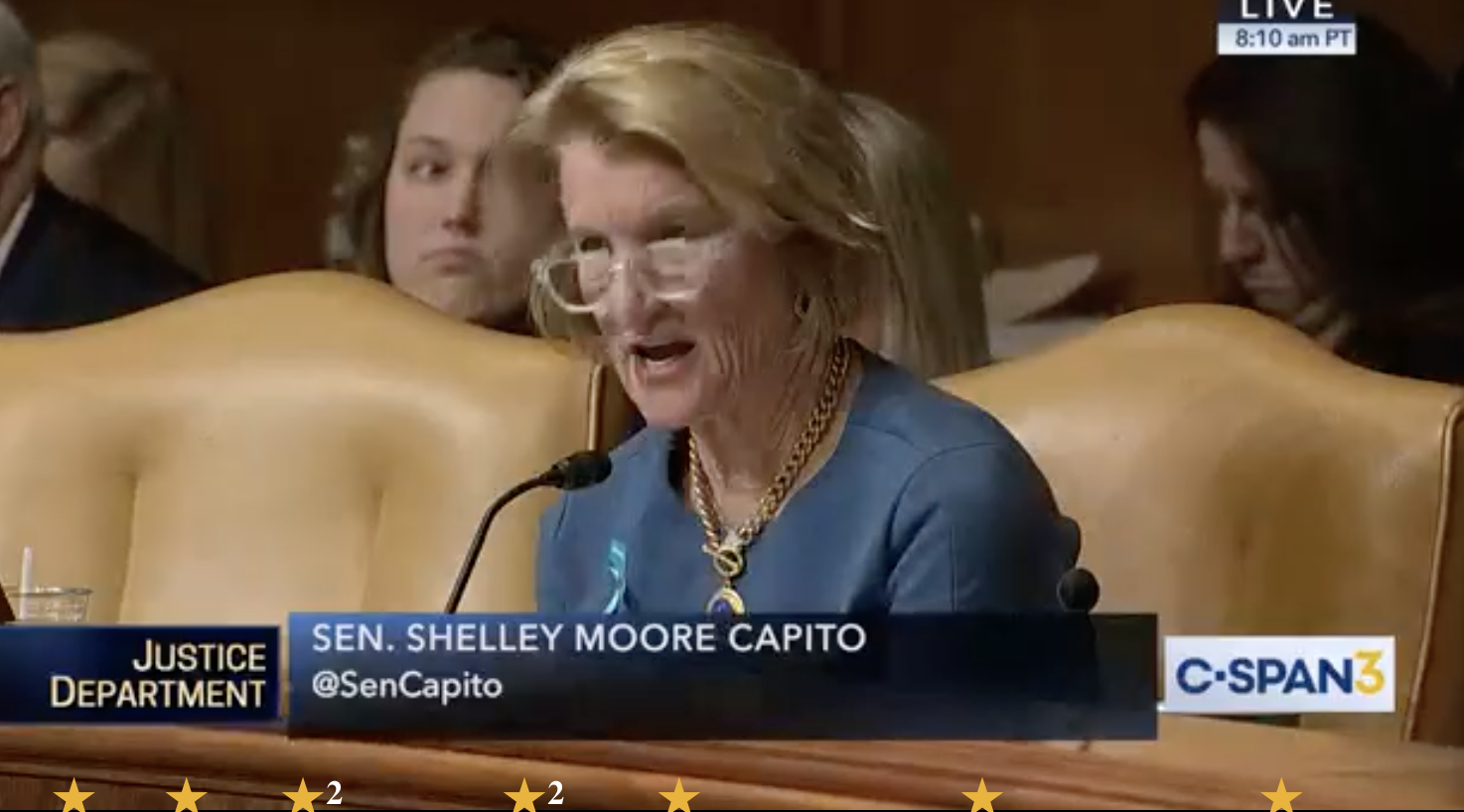 At an Appropriations hearing in April, Republican Senator Shelley Moore Capito premised a question about cuts to Bureau of Prison staffing budgets by reminding, “We’ve had several murders at Hazelton,” the federal Maximum Security facility in her state of West Virginia. (The WaPo noted this exchange in one of their early stories on Jeffrey Epstein’s death, though without this context.)

She doesn’t mean just any murders. In addition to some inmates from DC that Eleanor Holmes Norton had raised concerns about last fall, Hazelton was the site of Whitey Bulger’s murder, a death in BOP custody of an inmate every bit as worthy of close attention as Jeffrey Epstein, a death that was every bit as predictable as Epstein’s.

Capito went on to list several of the same problems that appear to have permitted Epstein’s death in the Metropolitan Correctional Center: staffing shortages and people assigned to perform duties they’re not trained for.

We’ve had complaints from staffing that there’s staffing shortages, it’s not safe for our correctional officers, they’re being asked to perform different duties maybe than what they’re originally assigned for, and in the budget, there’s a funding reduction for correctional officer staffing and salaries in the budget. Could you help me square with that, and is this a national problem that you’re finding across the BOP?

After Bulger’s murder, correctional officer union representatives cited the same problems: severe understaffing and people hired for other functions filling in for guards.

“(The) reported death at USP Hazelton, while concerning, is unsurprising,” said J. David Cox Sr., president of the American Federation of Government Employees. “Federal prisons across the country are suffering from severe understaffing, and the situation is perhaps no more dire than at Hazelton.”

The union reported that one in five positions authorized two years ago is vacant, and teachers, administrative assistants and accountants have had to fill in shifts as officers and first responders to violent incidents.

I’m glad to hear what you’ve said in terms of getting more people in because the ratios are going up and in certain situations can be very dangerous for the officers that are working there, and then it discourages people from wanting to stay. It’s a tough job.

In a statement the other day, Barr claimed that some of the things that led to Epstein’s death (whether murder or suicide) — the same understaffing leading to people playing roles they weren’t hired for that Capito warned of in April — were “severe irregularities.”

I was appalled – indeed, the entire Department was – and frankly angry, to learn of the MCC’s failure to adequately secure this prisoner.  We are now learning of serious irregularities at this facility that are deeply concerning and that demand a thorough investigation.  The FBI and the Office of Inspector General are already doing just that.  We will get to the bottom of what happened at the MCC and we will hold people accountable for this failure.

This afternoon, Barr took action against the MCC warden and the two staffers on whose watch Epstein died, temporarily reassigning the warden and putting the officers on leave, effectively blaming them for conditions he called a SNAFU back in April.

On Tuesday, Barr “directed the Bureau of Prisons to temporarily assign” warden Lamine N’Diaye to a regional office, pending the outcome of internal investigations into Epstein’s death, the Justice Department said in a statement. Two staffers who were assigned to Epstein’s unit at the time of his death were placed on administrative leave, the department said.

Back in April, Barr called staffing shortages in prisons “a SNAFU.” Now, having been warned and having acknowledged the problem, he’s claiming some of the same problems were not regular, but instead severely irregular, and he’s blaming the people on the front lines rather than those in charge of the “SNAFU.”

Don McGahn Is Not the Most Critical Witness on Impeachment Whip It Good: Higher and Higher