Scotland: A Nexus for Trouble? 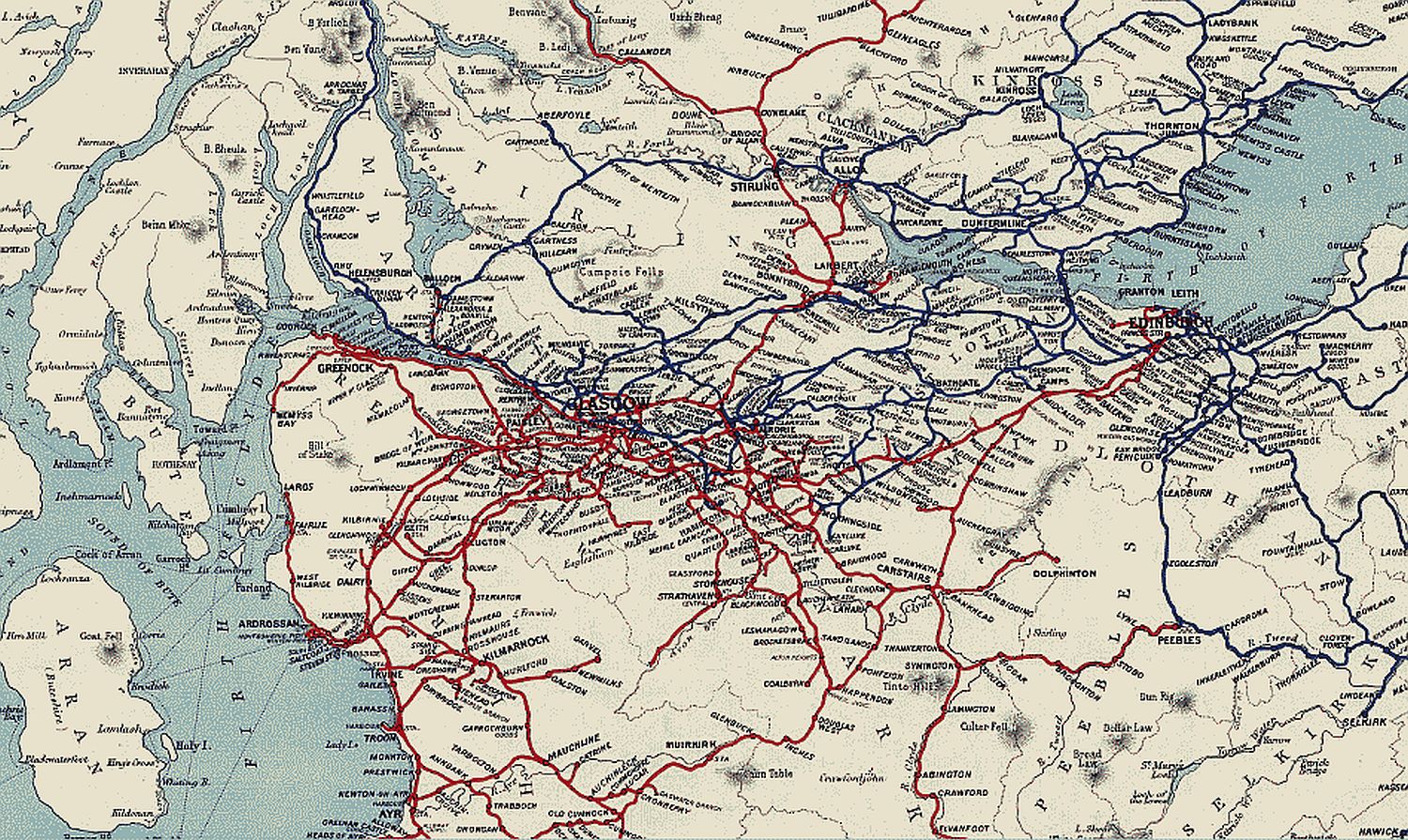 I started writing this post back in early 2018. Might even have been very late 2017, I can’t tell now. Something about Scotland bothered me at the time even though I’m a keen fan of the country.

Now I’m even more bothered than I was when I first started putting words together about Scotland.

There is an old maxim for which I can’t find attribution: “He who holds Stirling, holds Scotland.” Stirling is smack between the Scottish Highlands and Lowlands, on the Central Belt of Scotland — the country’s heart. The saying may once have referred to Stirling Castle, but one might wonder if it means something more today.

The University of Stirling, eighth largest in Scotland, is built on the grounds of a different castle. A public school founded in 1967 by royal charter, the school is relatively young compared to University of St. Andrews (1410) and University of Glasgow (1451). It’s comparable in size to small American state universities. It reorganized in 2016 into four faculties and two schools — faculties of Social Science, Arts and Humanities, Natural Science, Health Sciences and Sport, Stirling School of Management and Stirling Graduate School.

It’s the Faculty of Arts and Humanities to which I want to draw attention, as it includes the London Academy of Diplomacy.

You may also know this as the school which employed Professor Joseph Mifsud, the Russian agent who told Trump campaign foreign policy adviser George Papadopoulos that Russia had Hillary Clinton emails.

You probably read reporting on Mifsud’s mid-2017 disappearance. If you haven’t, check out the detailed profile on this archived page and the University of Stirling’s student newspaper online. Read them while you can; our fellow contributor Jim White noted in January 2018 how Mifsud’s profile online was being scrubbed (indeed, the underlying source for the archived site above has an odd habit of going offline erratically).

What puzzles me after reading quite a lot about Mifsud: how did the London Academy of Diplomacy end up at Stirling — who suggested it, set up the curriculum, funded it?

Why does LAD look like a clone of DAL — the Diplomatic Academy of London — but located in Stirling instead of London?

And why Stirling, Scotland, located a mere 17 miles from Gleneagles Hotel, far away from the United Kingdom’s diplomatic action? Its population is around 36,000, it’s located inland away from an ocean port, and it doesn’t even have an airport.

Even smaller Gleneagles is an interesting location; the site is beautifully rural and easy to secure. It’s been used for a G8 meeting for this reason.

Mifsud is very little less of a mystery now than he was 18 months ago, but there’s more not quite right about Scotland when it comes to U.S. politics.

Scottish papers didn’t stint when labeling Bannon and his presentation; he was called “dangerous” and a “far right agitator” and his reception was described as chilly.

Bannon’s appearance at SIL also hasn’t aged well; his host Grossart received the Pushkin medal from Putin in October 2018, which didn’t agree with Scotland and the rest of the UK after the Skripals’ poisoning. Why does Bannon’s circle have so few degrees of separation from Russia and Putin, even in Scotland?

It may be the relationship between the so-called “economic nationalism” Bannon claims he espouses and Putin’s desire to destabilize the EU and NATO. Grossart is also the chairman of Charlotte Street Partners (CSP), a lobbying group which sought to disrupt education reform:

While the proposals gained support from staff trade unions and student groups, universities management representatives criticised the plans and claimed that the bill threatens the charitable status of universities. …”

Why was there such invested effort in mucking up government and organized labor and student groups? CSP’s work looks like that of the U.S. right-wing think tank Mackinac Center for Public Policy, funded in part by the DeVos family. Mackinac Center has been intent on shaking out government funding to redirect to private charter schools (school choice), undermining collective bargaining power, while promoting hijacking teachers’ union retirement funds to private investment management.

Is Grossart looking to sink his chops into management of Scottish teachers’ pension funds if Scotland’s government is rattled by whatever happens after Brexit?

It was our illustrious Treasury Secretary Steve Mnuchin who first triggered my spider senses about Scotland, what with his sketchy request for a military plane for his vacation, including his honeymoon with Scottish actress Louise Linton during early August 2017. A subsequent investigation by the Office of the Inspector General for the Treasury Department indicates Mnuchin’s office requested the plane on August 1 for a trip beginning August 3, and that the request was withdrawn.

That trip and any others Mnuchin took using military planes should be the subject of a House Oversight Committee hearing if not House Armed Services Committee if they investigate military aircraft flying to airports or bases near Trump hotels or resorts.

What I want to know now, though:

— Did he conduct any U.S. Treasury business while on this August 2017 trip? If so,

— Did this trip take him to the airport closest to his in-laws’ digs near Edinburgh, Melville Castle?

— Or did Mnuchin’s trip in August 2017 fly into Glasgow Prestwick Airport near Trump’s Turnberry golf course, whether or not he flew on a military aircraft?

— Were any accommodations during this trip paid for by Mnuchin or were they charged to the U.S. government, and were those charges audited against any U.S. government business conducted during his trip?

Mnuchin’s first trip requesting and using a military aircraft was in March 2017 for the G-20 event; the routing on the aircraft request was for London/Berlin/Baden-Baden. But did this military aircraft stop at Prestwick?

Was Mnuchin’s second flight using a military aircraft in May 2017 to Bari, Italy a direct flight from the U.S., or did it stop at Prestwick?

It’s odd that both trips were so close in total amount of aircraft time — 18.83 hours for the first trip, 19.66 hours for the second trip. Very odd.

Odder yet: for Mnuchin’s eighth trip using a military aircraft, this time to the Middle East in October 2017, there’s no reported total aircraft time in the memorandum from the Treasury’s OIG (pdf). The investigation into the previous seven flights was conducted before the Middle East trip.

Glasgow Prestwick Airport, of course, is the one that U.S. military planes have been stopping at for refueling while their crews and passengers stay at nearby pricey Trump golf resort, on the Department of Defense’s dime. Our dime.

One of my sharp eyed followers said there was a USAF transport in the latest Google Earth image on #Prestwick airport. Its true. It’s a KC-135 Stratotanker. #PerDiemGate #Scotland pic.twitter.com/OFJXt2BQQ5

If you follow the tweet above you’ll note someone determined the date of this Google Earth photo — June 17, 2018 — which means the U.S. military had been boosting Glasgow Prestwick Airport and possibly Trump Turnberry as well. The House is now looking into this.

When was the first U.S. military plane refueling visit to Prestwick, though? Was it August 2017?

No, it looks even earlier, and on Jim Mattis‘ watch as then-Secretary of Defense (note the date, description, and content on the photo at the top of this article). But this doesn’t answer whether Mnuchin’s borrowed planes also sponged off taxpayers to line Trump’s pockets.

We don’t know what other executive branch departments have borrowed military aircraft and/or stayed at Trump hotels and resorts yet, either.

There also doesn’t seem to be a good explanation for why U.S. government aircraft have increasingly stopped at Glasgow Prestwick Airport before Trump was inaugurated.

… The Air Force’s use of the Prestwick airport has also steadily grown. Indeed, the use of the facility has nearly tripled — and overnights in the area increased more than five-fold, the Air Force acknowledged Sunday.

From 2015 to 2019, they said, Air Mobility Command aircraft stopped at the civil airport 936 times. Of those, crews stayed overnight in the area 659 times.

The Trump Organization and Prestwick also announced a partnership in 2014, per this release. pic.twitter.com/ZhlPKn0N1i

This post is a bit clunky because I’ve strung together bits and pieces accumulated for nearly 18 months.

But whatever is going on in Scotland is just as clunky and badly in need of sorting.