Judicial Watch released another set of files, from the days leading up to his appointment of Robert Mueller, that they think are incriminating for stupid reasons that aren’t.

There’s two emails that might, actually, be damning. The very conservative former Deputy Attorney General Mark Filip emailed Rod Rosenstein asking him to call. Rosenstein answered, first, by saying that “Mukasey” was going to call, and imploring Filip to listen to him. That’s scandalous in any case, because the son of Michael Mukasey (who was Filip’s onetime boss) was representing affiliated players here. Then Rosenstein wrote back and seemed to tell Filip he was hiring Mueller. Was Filip the other candidate Rosenstein considered?

The more interesting detail is how DOJ treated Bill Barr’s May 12, 2017 op-ed applauding Trump’s decision to fire Jim Comey. In it Barr condemned how Comey handled the Hillary investigation, then said that his firing wouldn’t affect the Russian investigation (but not addressing Trump’s comments about that being the purpose of firing Comey).

Jeff Sessions’ spox, who received it from the “RNC War Room,” sent it to Rosenstein’s office the morning after the op-ed was posted, during the weekend he was contemplating hiring Mueller. 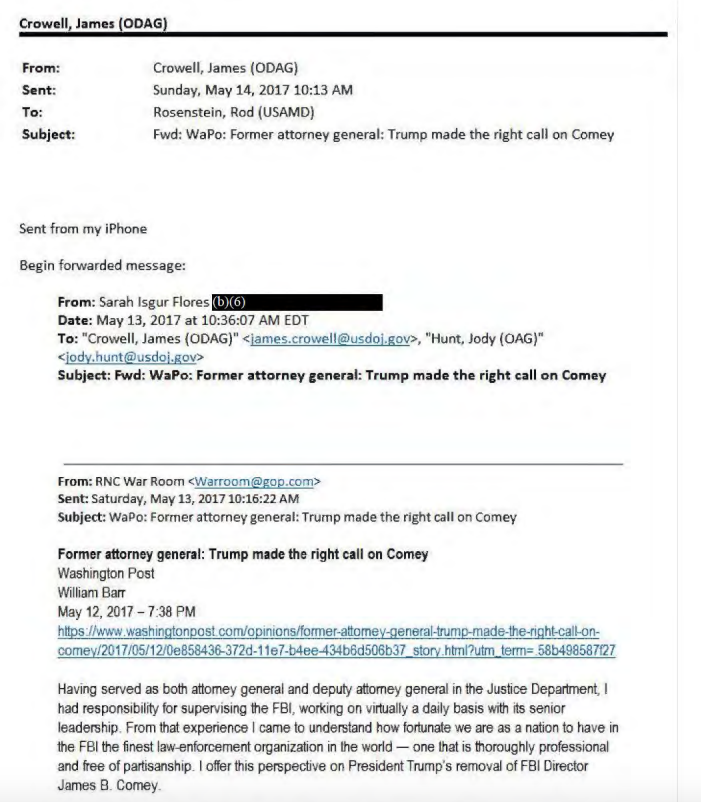 But even before that, DAG employee (and current EDVA US Attorney) George Terwilliger forwarded it (though not the RNC War Room version) as well, telling Rosenstein it was the most important thing for him to read that weekend. 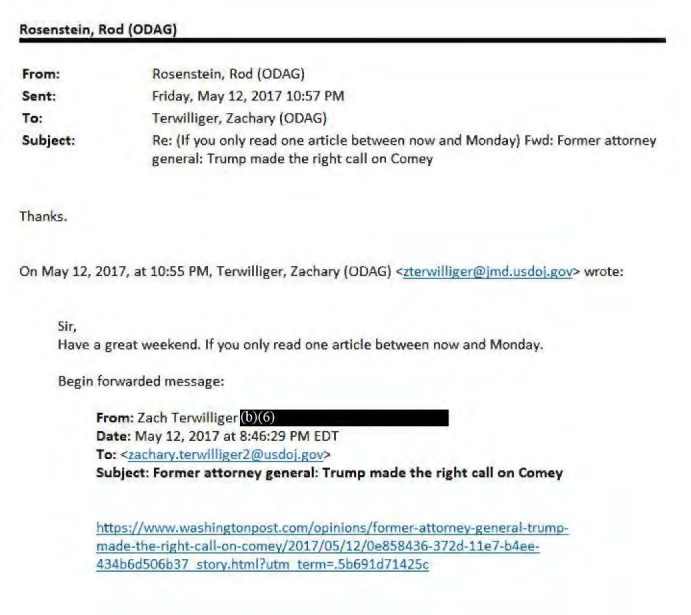 At the very least, the close attention the op-ed (which largely parroted the ginned up reasons Rosenstein gave for firing Comey) received are intriguing, as is the choice from the RNC War Room to send it out.

But it’s also a hell of a way for Rosenstein to meet his future boss.