Was The Trump Phone Call With Zelensky Paused For Discussion On US Side? 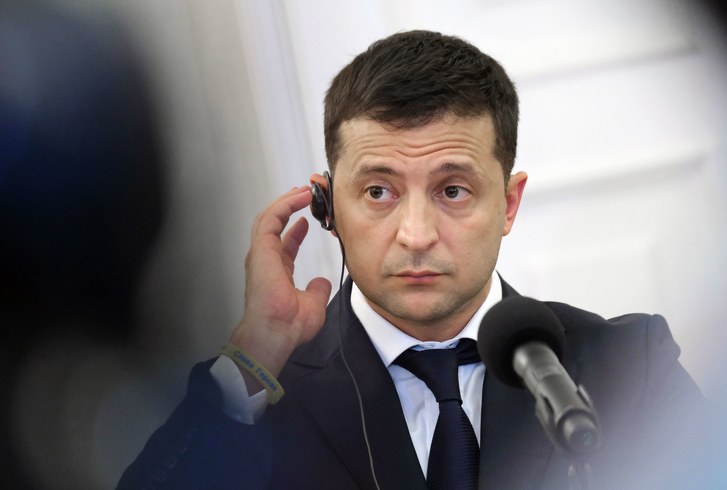 Much has been made about the apparent discrepancy between the length of the rough transcript of the Donald Trump-Volodymyr Zelensky telephone call on July 25. The best analysis I’ve seen on this topic is in today’s Washington Post, where the number of words in a transcript and the reported duration of the corresponding call were compared for this call and for another conversation where interpreters were needed on both ends of the call:

The memorandum of Trump’s call with Zelensky appears remarkably different in speed and content from the full transcripts of calls between President Trump and foreign leaders The Washington Post obtained in 2017.

The White House summary of Trump’s 30-minute call with Zelensky — which included interpreters because Zelensky spoke Ukrainian while Trump spoke English — includes fewer than 2,000 words, or roughly 65 words per minute. That suggests that the rough transcript of the Zelensky call includes about half the number of words that would be expected if the call had proceeded at the same or similar pace as the previous calls.

The article also notes the presence of the ellipses and does a good job of tying each instance of the ellipses to the contexts where they appear. The first two are in Trump’s discussion of Crowdstrike and the third relates directly to Joe Biden.

The article also does a great job of debunking one White House theory put forward about the ellipses, claiming that they merely indicate that Trump’s voice trailed off. However, the article documents that past practice was to insert “[inaudible]” to mark such trailing off, so this doesn’t match what was done in the past.

Of course, the simplest explanation that many are going with here is that Trump may have said something so incriminating and outrageous that the White House simply couldn’t allow it to get out, and so they edited it out. But I began to wonder if there might be something else that happened here, in addition to eliding incriminating evidence.

Is it possible that intelligence agents monitoring the call heard something so improper that they put the call on the electronic equivalent of “hold” and communicated to Trump directly that he had gone over the line? Coupling that thought with the knowledge from the whistleblower complaint that there were other instances where Trump transcripts were hidden on the code-word server, I wondered if there had ever been a press report of a Trump phone call being briefly interrupted. Early in my searching, I hit on an article that fits into this idea incredibly well. It has the bonus that it applies to the first known phone call between Trump and Vladimir Putin. What I found was a Reuters article dated February 9, 2017:

In his first call as president with Russian leader Vladimir Putin, Donald Trump denounced a treaty that caps U.S. and Russian deployment of nuclear warheads as a bad deal for the United States, according to two U.S. officials and one former U.S. official with knowledge of the call.

When Putin raised the possibility of extending the 2010 treaty, known as New START, Trump paused to ask his aides in an aside what the treaty was, these sources said.

The article goes on to deliver what now seems to be an incredibly important tidbit in what would have been seen at the time as a meaningless aside from Sean Spicer:

The White House declined to comment on the details of the call. White House spokesman Sean Spicer said Trump knew what the New START treaty is but had turned to his aides for an opinion during the call with Putin. He said the notes from the call would not have conveyed that.

So, Spicer informs us that at least this once, a call was put on hold for discussions on the US side. More importantly, he states that such discussion would not have appeared in the notes from the call.

Is that what happened on July 25? Was the Trump-Zelensky call put on hold for the US side to speak privately with Trump? If so, it seems that such a discussion could account for at least part of length deficit for the rough transcript. It would also be something worthy of intense followup. Was the discussion primarily with political staff, as claimed by Spicer for the first Putin call, or were members of the intelligence community warning against where Trump had taken the conversation?

The Conspiracy Theories Flynn Wants to Resuscitate and the McCabe Investiga... Trump Is Being Impeached for Harming America to Extort Campaign Help