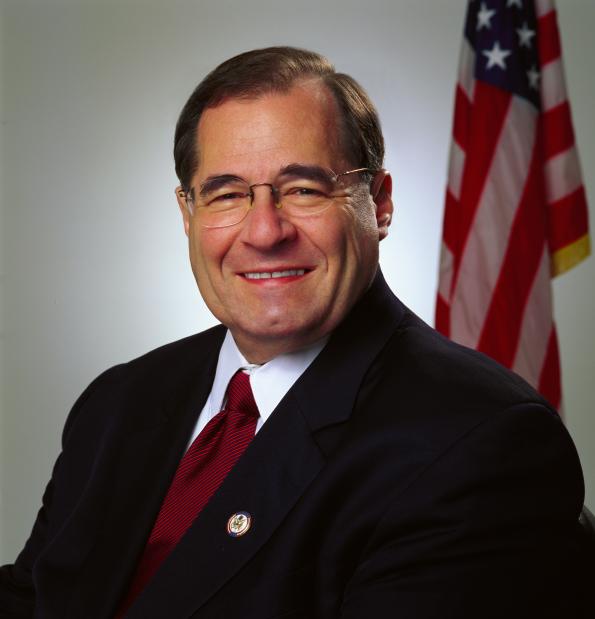 Daily Beast confirms something I asserted in this post. Trump wrote the intemperate letter that White House Counsel Pat Cipollone signed his name to (with help from Rudy Giuliani, before Rudy started looking down the gun of indictment for conspiracy).

It was crafted, in large part, by President Donald Trump himself.

According to two people familiar with the process, White House Counsel Pat Cipollone had multiple meetings with President Trump in the days leading up to the issuance of the letter. During those meetings with Cipollone, the president would get especially animated when names such as Rep. Adam Schiff (D-CA), chair of the House Intelligence Committee leading the probe into the whistleblower complaint, came up. The sources said that Trump enthusiastically suggested adding various jabs at Democratic lawmakers and would request that their “unfair” treatment of him be incorporated into the letter.

The result was what Bob Bauer, who served as President Obama’s White House counsel, called a “remarkable” and “extraordinarily political document.”

Trump had also privately consulted on the letter with Rudy Giuliani, his notably pugnacious personal lawyer who is at the center of the Ukraine and Biden-related scandal engulfing the administration. Trump talked to Giuliani about how he and the White House should proceed in fighting back and challenging the legitimacy of the impeachment probe, one of the sources noted.

The problem with this (well, one problem) is precisely the one I noted in my post.

The tell — for those teams of well-compensated journalists treating this as a factual document — might have been the addressees. While the letter got sent to Adam Schiff, Eliot Engel, and Elijah Cummings, it did not get sent to Jerry Nadler, who has been pursuing an impeachment inquiry of sorts since the Mueller Report came out. The White House knows Nadler is also part of the impeachment inquiry, because even as the White House was finalizing the letter, Trump’s DOJ was in DC Chief Judge Beryl Howell’s courtroom fighting a House Judiciary request for materials for the impeachment inquiry.

While Trump had Cipollone address the letter to all the Democratic Chairs he was furious at, at that moment, he did not address it to Jerry Nadler, who also has been pursuing impeachment. There’s perhaps good reason why Cipollone didn’t send it to Nadler: because none of the claims made about the Adam Schiff-led Ukraine-related impeachment inquiry are true of the Nadler-led Russia and other corruption led impeachment inquiry, which has tried accommodation, has allowed lawyers to cite White House equities in interviews, and included public hearings.

Indeed, even as Trump was writing this letter and making Cipollone sign it, Trump’s DOJ was arguing an entirely different strategy before DC’s Chief Judge Beryl Howell, effectively arguing that because Nadler was being so accommodating, DOJ could not be forced to turn over grand jury testimony.

The result is a rather significant whiplash to DOJ’s legal strategy with HJC. On Tuesday, in an apparent effort to convince Judge Howell that DOJ was not obstructing HJC’s requests for FBI 302s, which don’t have the protections of the grand jury, they (apparently for the first time) suggested that HJC was going to get most of the 302s they were asking for, including the 302s for two of the guys defending against turning them over, DAAG James Burnham and AAG Jody Hunt, both of whose names are on these filings.

The Department currently anticipates making the remaining FBI-302’s available under the agreed upon terms as processing is completed, so long as they do not adversely impact ongoing investigations and cases and subject to redaction and potential withholding in order to protect Executive Branch confidentiality interests. These include, in alphabetical order (1) Stephen Bannon; (2) Dana Boente; (3) James Burnham; (4) James Comey; (5) Annie Donaldson; (6) John Eisenberg; (7) Michael Flynn; (8) Rick Gates; (9) Hope Hicks; (10) Jody Hunt; (11) Andrew McCabe; (12) Don McGahn; (13) Reince Priebus; (14) James Rybicki; (15) Jeff Sessions. In addition, the Committee requested the FBI-302 for the counsel to Michael Flynn, which also has not yet been processed.

Last night, however, they submitted filings that suggested that because Congress is pursuing impeachment their prior offer for accommodation may no longer be valid.

Finally, as explained in the Department’s filing of October 8, 2019, and its September 13, 2019 response to the Committee’s Application, in early June, the Department agreed to provide to the Committee access to certain FBI-302s in order to accommodate its oversight responsibilities following the Committee’s issuance of a subpoena in April and subsequent letter in May. As further noted in paragraph two of the Department’s Tuesday filing, that agreement includes confidentiality provisions that significantly limit the use and dissemination of information that the Committee accesses. The Department has consistently viewed this agreement as part of the accommodation process in connection with the Committee’s oversight activities. As the Court is aware, subsequent to the filing of this application regarding Rule 6(e) materials, the Speaker of the House stated publicly that, in her view, the House of Representatives has now commenced an impeachment inquiry (in addition to its regular oversight responsibilities). To the extent the Committee now believes future productions in this process are part of that impeachment inquiry, that implicates very different issues for the Executive Branch as a whole–as set forth by the White House in its letter of Tuesday, October 8, 2019, to the Speaker and Chairmen of three committees. The Department and the Committee have not yet discussed whether they may need to amend the current agreement to ensure appropriate handing by the Committee in order for the accommodation process to continue as anticipated. The Department will work diligently with the Committee to resolve this issue and to continue a productive accommodation process.

Effectively, on Tuesday morning DOJ argued that HJC was wrong, their request was not part of an impeachment inquiry, in part because it was so accommodating, so it couldn’t have any grand jury material. Two days later, however, DOJ is saying the very same cooperative process has become an impeachment inquiry that — in spite of Jerry Nadler being excluded from the recipients of Cipollone’s letter — DOJ now considers an impeachment inquiry, and so DOJ won’t comply because other parts of Congress are playing hardball.

That, and (as noted) DOJ is now claiming that US v Nixon is not binding precedent.

This is what happens when you let the Client-in-Chief do all the lawyering.

tweets from our circle
bmaz@bmazWho? Source: Commanders spend $100M on Va. land espn.com/nfl/story/_/id…2 hours ago24 May 2022
bmaz@bmazRT @LemonSlayerUS: @MatorinLaw @bmaz @MrKovalenko @SecDef Better than getting this promotion.👇 pic.twitter.com/pVxEw8lnlg2 hours ago24 May 2022
Jim White@JimWhiteGNVRT @bettycrackerfl: I’d like a full accounting of how much FL taxpayers have paid to lawyers defending the shoddy work products signed by @…3 hours ago23 May 2022
emptywheel@emptywheelRT @Lloydslisted: How’s this for a sanctions full house – the US has seized Iranian crude from a Russian tanker that was arrested in Greece…4 hours ago23 May 2022
Ed Walker 🍞🌹💉💉@MasaccioEWRT @RedEyedDespair: Damn that's crazy, why aren't you fighting for healthcare then twitter.com/TheDemocrats/s…7 hours ago23 May 2022
Ed Walker 🍞🌹💉💉@MasaccioEWRT @tribelaw: Alito’s Five Fallacies: 1. Women’s lives won’t be turned upside down 2. We are just returning this issue to the states 3. “On…9 hours ago23 May 2022
Ed Walker 🍞🌹💉💉@MasaccioEWRT @josefmtz: this paragraph is brutal. we truly are in an “emperor has no clothes” point in history pic.twitter.com/XWhBwdMdH310 hours ago23 May 2022
RayneToday@raynetodayLOL Perhaps the mythical "single server" the right-wing wanted turned over after the DNC was hacked already resides… twitter.com/i/web/status/1…1 day ago22 May 2022
RayneToday@raynetodayRT @darth: i know this is completely unrelated but imagine spending nine fuckin hours with that guy3 days ago21 May 2022
RayneToday@raynetodayRT @wyatt_privilege: Not a mind blowing observation but the game now is to send crazy shit upstairs to scotus and invite them to remold, sc…5 days ago19 May 2022

Do Lev Parnas and David Correia Have A Connection To Sale Of Trump Properties... The President’s Joint Defense Agreement with the Russian Mob