The Ellipses and the Recordings, Plural, of Joe Biden 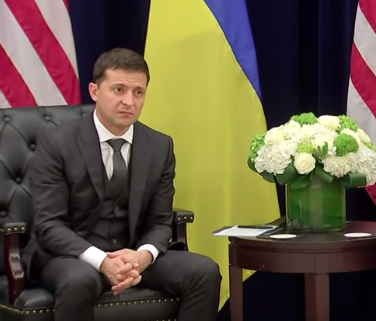 Before I get into the NYT report on Alexander Vindman’s testimony that the White House removed damning things from the transcript of the July 25 call, I want to note something from his opening statement. At the end of his description of who he is and what he does, Vindman warned that the impeachment inquiry should carefully balance the need for disclosure against national security concerns.

Most of my interactions relate to national security issues and are therefore especially sensitive. I would urge the Committees to carefully balance the need for information against the impact that disclosure would have on our foreign policy and national security.

Then, when discussing the July 25 call, Vindman emphasized that, because the transcript is in the public record, “we are all aware of what was said.”

On July 25, 2019, the call occurred. I listened in on the call in the Situation Room with colleagues from the NSC and the office of the Vice President. As the transcript is in the public record, we are all aware of what was said.

I was concerned by the call. I did not think it was proper to demand that a foreign government investigate a U.S. citizen, and I was worried about the implications for the U.S. government’s support of Ukraine. I realized that if Ukraine pursued an investigation into the Bidens and Burisma, it would likely be interpreted as a partisan play which would undoubtedly result in Ukraine losing the bipartisan support it has thus far maintained.

Yet immediately following his statement that “we are all aware of what was said,” Vindman asserts that the call was about investigating the Bidens and Burisma. But Burisma doesn’t appear in the TELCON. It is one of the things that, according to the NYT, the White House removed — where it says “the company” in this passage — and he recommended it be put back in.

I understand and I’m knowledgeable .about the situation. Since we have won the absolute majority in our Parliament; the next prosecutor general will be 100% my person, my candidate, who will be approved, by the parliament and will start as a new prosecutor in September. He or she will look into the situation, specifically to the company that you mentioned in this issue. [my emphasis]

NYCSouthpaw had said once this had to be a reference to Burisma — he was absolutely correct.

According to NYT, the ellipsis in this passage of the TELCON,

… Took out a reference to Joe Biden talking about getting Viktor Shokin fired.

The rough transcript also contains ellipses at three points where Mr. Trump is speaking. Colonel Vindman told investigators that at the point of the transcript where the third set of ellipses appear, Mr. Trump said there were tapes of Mr. Biden.

Mr. Trump’s mention of tapes is an apparent reference to Mr. Biden’s comments at a January 2018 event about his effort to get Ukraine to force out its prosecutor general, Viktor Shokin. [my emphasis]

The NYT and other outlets have asserted that this is a reference to a video that Rudy Giuliani has been publicly shopping for some time, and it undoubtedly is that, at least.

But I want to suggest the possibility that it’s a reference to more.

The NYT goes to absurd lengths to make this appear as innocuous as possible, seemingly offering up the possibility that the words “the company” appeared because of a failure of the voice recognition software (though the TELCON itself notes that such a possibility would be marked by “inaudible” in the transcript).

It is not clear why some of Colonel Vindman’s changes were not made, while others he recommended were, but the decision by a White House lawyer to quickly lock down the reconstructed transcript subverted the normal process of handling such documents.

The note-takers and voice recognition software used during the July 25 call had missed Mr. Zelensky saying the word “Burisma,” but the reconstructed transcript does reference “the company,” and suggests that the Ukrainian president is aware that it is of great interest to Mr. Trump.

Which is one reason I find it notable that the NYT suggests the reference to recordings refers solely to a single publicly known recording of Biden even though both times they refer to Vindman’s testimony, they refer to tapes or recordings, plural.

The thing is, there are undoubtedly are tapes, plural, of Biden talking about firing Shokin. Indeed, in the recording in question, Biden even says that he had already gotten a commitment from Petro Poroshenko to fire Shokin.

I had gotten a commitment from Poroshenko and from Yatsenyuk that they would take action against the state prosecutor. And they didn’t.

So at the very least, there are the US versions of prior communications in which Biden would have emphasized the importance of firing Shokin. And there may well be other recordings reflecting that the ask happened, for example of Poroshenko talking to Arseniy Yatsenyuk about it. Given that getting Poroshenko to act on corruption was a key focus of Obama’s policy, it would have been a key focus of SIGINT collection. So if we had the ability to collect such conversations, we would have done so. And if we did, those recordings would still be sitting at NSA available to anyone with the need to know.

Trump would have legal access to all of that and, given his focus on Ukraine and “corruption,” an excuse to pull it up. Given that this purported concern about “corruption” is part of the official, stated policy of the US, it is not at all crazy to assume that his aides have pulled existing intercepts pertaining to past discussions of corruption and if they did, they would have, by definition, involved Joe Biden, because he was the one Obama tasked to take care of such issues.

And if there were — and if Trump’s comment reflected knowledge of that — it would explain two other details.

First, Vindman clearly doesn’t think all of the details about this call should be aired publicly. It’s certainly possible that he just didn’t want it to become public that Zelensky had parroted Trump’s demand to investigate Burisma. As I noted, by releasing the transcript, Trump has already made it clear that he succeeded in corrupting Zelensky, who ran on a platform of ending corruption. Revealing that Zelensky was literally repeating the script that Gordon Sondland had dictated for him would make that worse.

It’s also possible that whatever the other two ellipses in the TELCON hide are things he believes should remain secret. Vindman certainly would know what those ellipses hide, even if he didn’t recommend adding those details back in, and surely got asked about it yesterday.

But a national security professional like Vindman would also want to keep any details about intercepts classified. Even just the fact — not at all controversial but not something spoken of in polite company — that the US was sitting on records of Poroshenko’s resistance to dealing with corruption would be the kind of thing Vindman might want to keep secret.

Again, it may be that Vindman’s concerns about airing this dirty laundry involve nothing more than an effort to minimize the damage already done to Zelensky. But it may reflect more specific concerns about sources and methods.

And if the original transcript did reflect sources and methods, it might provide an excuse for John Eisenberg to insist it be stored on the Top Secret server. Again, his decision to do so may extend no further than a desire to cover up the President’s crime. But if the call reflected more sensitive collection, then it would need to be stored on a more secure server. That also might explain why everyone else — except the whistleblower, who wasn’t on the call — treated these details as Top Secret.

The existing TELCON does not hide that Trump was discussing right wing propaganda with Zelensky. So there would be no reason to remove Trump’s reference to another piece of right wing propaganda. But the treatment of it suggests that the TELCON as released removed classified information (the document is titled “Unclassified,” suggesting that if the TELCON included the statements reflected in the ellipses, it’d be Classified). In which case, there may be other recordings, recordings that are classified and aren’t known to every frothy right winger spouting propaganda.

For some reason, the NYT thinks Trump referred to more than one recording of Biden talking corruption. It is not at all unreasonable to imagine he knows of classified recordings.