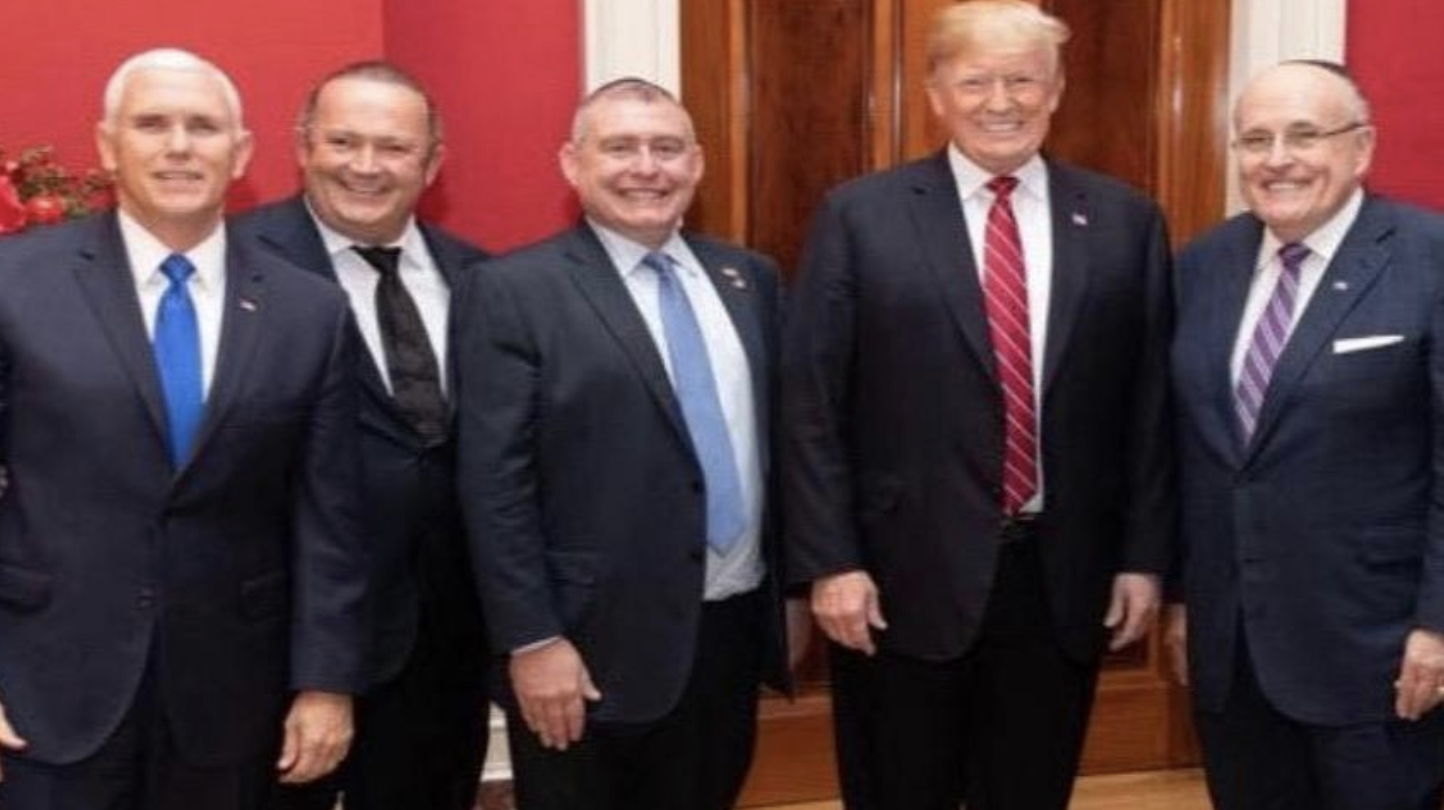 Mr. Parnas initially remained in Mr. Trump’s camp after House Democrats on Sept. 30 requested documents and testimony from him and Mr. Fruman. The men hired John Dowd, a lawyer who had earlier represented the president at one stage of the investigation by Robert S. Mueller III, the special counsel, into Russian interference in the 2016 election.

Mr. Trump signed off on the hiring of Mr. Dowd, according to an Oct. 2 email reviewed by The New York Times.

“I have discussed the issue of representation with the president. The president consents to allowing your representation of Mr. Parnas and Mr. Furman,” Jay Sekulow, another lawyer for Mr. Trump, wrote to Mr. Dowd, misspelling Mr. Fruman’s surname.

Dowd claims, his batshit letter notwithstanding, there was no tie between his representation of Trump and the magical selection of a bunch of grifters involved in Trump’s efforts to coerce electoral advantage from foreign countries.

Mr. Dowd said in an interview that Mr. Trump’s approval was sought “simply as a courtesy to the president,” because of the lawyer’s previous work for him. Mr. Dowd said he still represents Mr. Fruman.

A person close to Mr. Trump said that the email did not demonstrate that the president knew Mr. Parnas or Mr. Fruman personally but rather knew of them from media reports.

But now Parnas has decided to cooperate with the impeachment inquiry because Trump pretended not to know Parnas.

“We are willing to comply with the subpoena to the extent that it does not violate any appropriate privilege that Mr. Parnas may properly invoke,” said Joseph A. Bondy, who along with Edward B. MacMahon, Jr. now represents Mr. Parnas.

Mr. Bondy said that given the federal criminal charges, his client may invoke his right under the Fifth Amendment not to incriminate himself.

The turnabout occurred after Mr. Trump denied knowing Mr. Parnas when he was arrested.

“Mr. Parnas was very upset by President Trump’s plainly false statement that he did not know him,” said Mr. Bondy, whose client has maintained that he has had extensive dealings with the president.

This move comes after Parnas’ (alleged) partner in crime, Igor Fruman, met spectacular failure at getting his bail conditions changed, after the prosecutor provided compelling evidence he tried to flee the country as soon as Congress subpoenaed him.

“What is clear is he was subpoenaed by Congress on October 7th, on the 8th he booked a one-way flight to Vienna, and on the 9th he was arrested on the jetway,” Roos said. “What was his reason to leave on such short notice? … Why such a rush to leave the country?”

Roos went on to detail Fruman’s many financial and political connections to Europe, attempting to demonstrate that Fruman could live a very pleasant life abroad if he were able to flee.

“He operates a bar called Buddha Bar” abroad, Roos said. He held up a printout of a glossy hotel brochure for the court to see, saying it listed Fruman as the president and CEO of a “luxury group” that owns a hotel, “restaurants, a beach club, and retail stores,” Roos told the court.

So maybe Parnas decided that “cooperating” (and I mean those scare quotes to be enormous) with Congress might be a quicker path to freedom.

Most other times that someone has protected Trump by demanding a pardon, Trump still held the leverage (in part, because they were dealing with DOJ, not an impeachment inquiry).

But at this point, I suspect, Parnas holds the upper hand, in part because SDNY is not that far into its investigation of the larger point of Parnas’ funding of the Republican Party (meaning, he has a pretty good idea of how bad things could get if the investigation is allowed to proceed unimpeded), and in part because the impeachment inquiry makes Parnas’ knowledge a far greater risk to Trump. He may be a grifter, but he put the pieces into place to  ensure he could take others down with him. And his marks were very easy marks. Plus, given he can claim both attorney-client and Fifth Amendment privileges, he may be able to neatly tailor what information he wants to release.

What the Exhibit Decisions and the Witness List Say to Expect from Roger Stone’s... What Prosecutors Need to Show to Prove Roger Stone Guilty