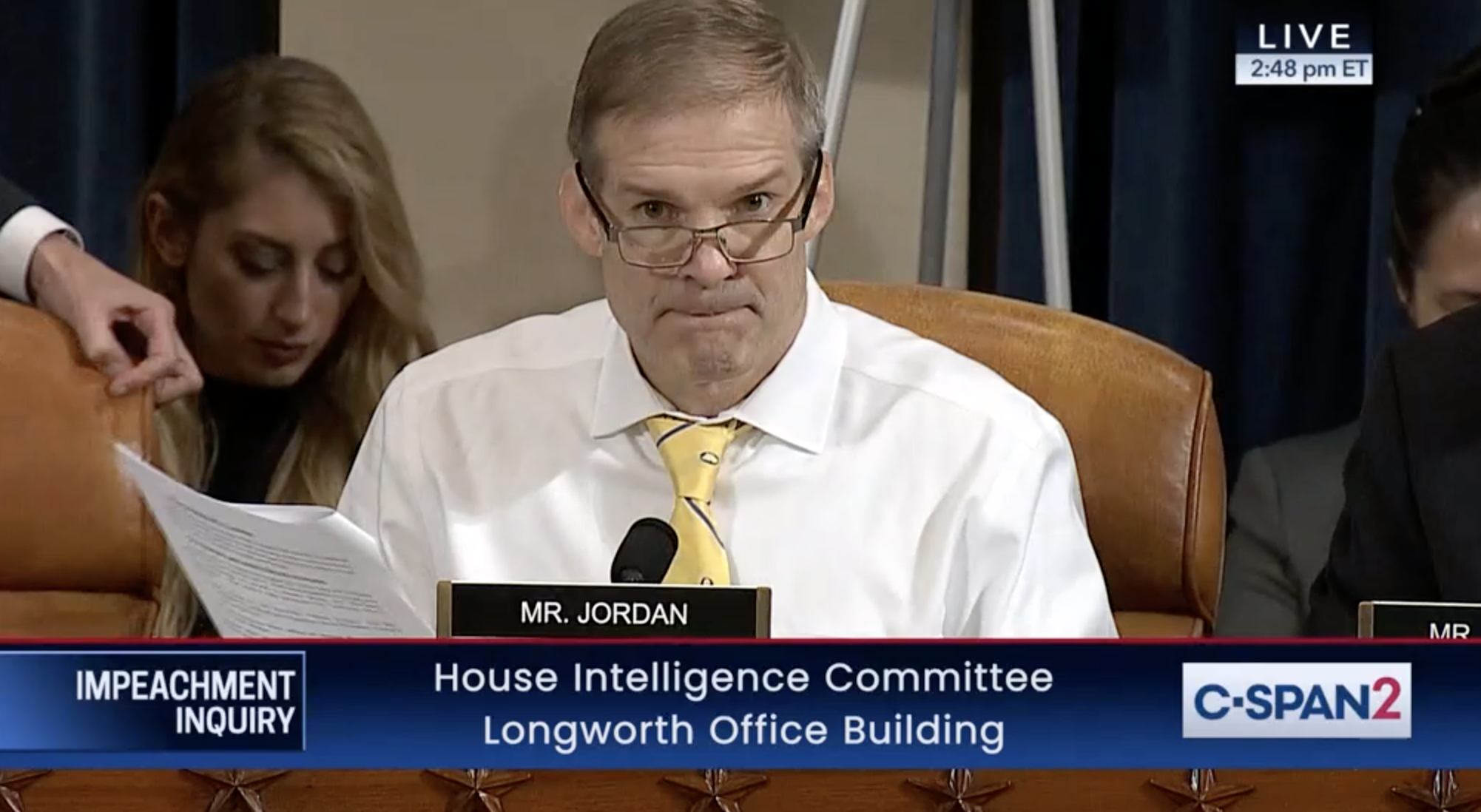 Among the efforts Republicans employed to excuse the President’s inexcusable behavior in yesterday’s impeachment hearing, they tried to lay out reasons why Trump could legitimately think Ukraine was out to get him. Among the things Steve Castor laid out includes an op-ed Ukraine’s then Ambassador to the US Valeriy Chaly placed in the Hill in early August 2016, laying out how outrageous it was that Trump had recently suggested he would entertain recognizing Russia’s annexation of Crimea.

“Can you see how the simple fact of writing an op-ed, the Ukrainian Ambassador to the US might create a perception that there are elements of the Ukrainian establishment were advocating against then-candidate Trump,” GOP counsel Steve Castor asked about an op-ed in which Ukraine’s Ambassador defended the territorial integrity of his country and invoked resolutions where the US had committed to do so too. “That’s a tremendously sensitive issue in Ukraine,” Marie Yovanovitch explained, as if it weren’t evident.

In spite of how obvious that explanation for the op-ed is, Jim Jordan nevertheless returned to this attack, claiming that the op-ed was an example of an Ambassador trying to influence a host country election and suggesting Yovanovitch was negligent in not telling Ukraine to stop defending its territorial integrity. (Jordan also lobbed the Nellie Ohr attack that even Devin Nunes seems to have recognized constituted an attack on an experienced organized crime researcher being paid by GOP billionaire Paul Singer.)

Republicans are not outraged by John Solomon’s hit job in the Hill targeting an Ambassador who has served presidents of both parties, they’re not outraged that Mike Flynn was writing an op-ed to be placed in the Hill that was paid for by the Turkish state even while getting Top Secret briefings with Trump as candidate.

They are, however, outraged that a Hill op-ed by Ukraine’s Ambassador to the US points out that America has made past commitments to protect Ukraine’s territorial integrity.

But there’s something still crazier about this line of defense.

Chaly’s op-ed could only be viewed as an attack on Trump if he did, in fact, advocate recognizing Russia’s annexation of Crimea. Otherwise, the op-ed would simply be a matter of policy, as Yovanovitch patiently explained to Castor.

And it turns out that Trump has represented, in an answer submitted under oath to Robert Mueller, that he had no policy stance on Crimea. Mueller asked whether the very comments that the Chaly op-ed addressed represented an intention to recognize Russia’s annexation of Crimea.

On July 27, 2016, in response to a question about whether you would recognize Crimea as Russian territory and lift sanctions on Russia, you said: “We’ ll be looking at that. Yeah, we’ll be looking.” Did you intend to communicate by that statement or at any other time during the campaign a willingness to lift sanctions and/or recognize Russia’s annexation of Crimea if you were elected?

1. What consideration did you give to lifting sanctions and/or recognizing Russia’s annexation of Crimea if you were elected? Describe who you spoke with about this topic, when, the substance of the discussion(s).

And while this answer was the most unresponsive among a slew of unresponsive answers, Trump nevertheless stated, under oath, that his statement did not amount to a policy position.

My statement did not communicate any position.

Republicans can’t have this both ways. The only way this op-ed could be an attack on Trump is if Trump really was supporting annexation of Crimea. He may well have been — except he has stated, under oath, that he was not.

Treating this op-ed as an attack on Trump, then, is also an accusation that Trump lied in his sworn answers to Mueller.

Why is Jim Jordan defending President Trump against impeachment by accusing him of lying under oath?