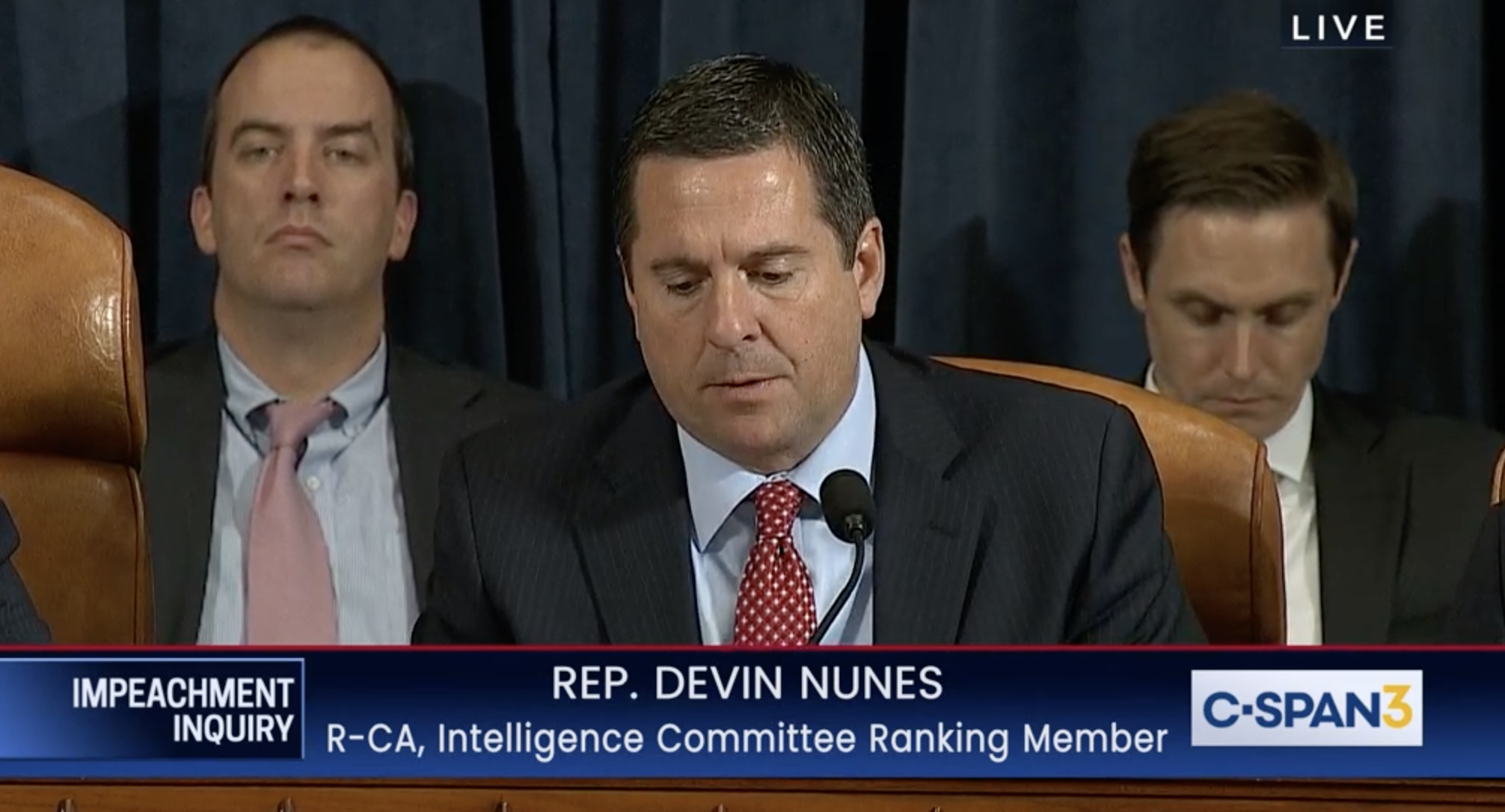 Nunes aide Derek Harvey participated in the meetings, the lawyer said, which were arranged to help Nunes’ investigative work. MacMahon didn’t specify what those investigations entailed.

Nunes is the top Republican on the House committee handling the impeachment hearings—hearings where Parnas’s name has repeatedly come up.

Congressional records show Nunes traveled to Europe from Nov. 30 to Dec. 3, 2018. Three of his aides—Harvey, Scott Glabe, and George Pappas—traveled with him, per the records. U.S. government funds paid for the group’s four-day trip, which cost just over $63,000.

The travel came as Nunes, in his role on the House Intelligence Committee, was working to investigate the origins of Special Counsel Robert Mueller’s probe into Russian election meddling.

There’s much that’s crazy about the story: The inclusion of Harvey, a Mike Flynn loyalist who got fired from NSC; the role of Parnas’ lawyer, Ed MacMahon (who seems to be aiming to discomfort as many of the powerful people Parnas interacted with as possible); and the release of this story at the end of a week during which Nunes offered debunked conspiracy after debunked conspiracy in a bid to defend Trump.

But it’s the timing of the trip I find most interesting. While I’m sure Swan has a reason to invoke Nunes’ efforts to undercut Mueller, the trip actually comes long after HPSCI had moved on from trying to confuse about the Russian investigation. The effort had been picked up by a joint House Judiciary/Oversight effort; and even that was largely over by December 2018. Just as interestingly, the trip came after Republicans got shellacked in mid-term elections but before Democrats took over in the House. That is, this seems like a last ditch effort to chase down something that accused fraudster Lev Parnas was dangling in front of easy marks, while Nunes still had unfettered ability to squander taxpayer funds.

Devin Nunes has spent 2.5 years squealing that a respected Russian expert, Christopher Steele, shared information with DOJ with our own experts on organized crime, because that information was paid for by DNC. But he’s now billing taxpayers to chase after disinformation from an obvious grifter.